Artificial Intelligence is hot research area since past few years and there are many major breakthroughs happening in this area. The traditional problems (or goals) of AI research include reasoning, knowledge representation, planning, learning, natural language processing, perception and the ability to move and manipulate objects. Extreme Learning Machines (ELMs)—has become one of the hot area of research over the past years, many researchers around the world are contributing to the research in this topic.

In this series of articles, we will explore Extreme Learning Machines [ELMs]. In this part, we will see introductions to various concepts which will help us understand ELMs in details.

Let's go 60 years back and see what he meant by that:

Rosenblatt made statements about the perceptron that caused a heated controversy among the fledgling AI community. Based on Rosenblatt's statements, The New York Times reported the perceptron to be "the embryo of an electronic computer that [the Navy] expects will be able to walk, talk, see, write, reproduce itself and be conscious of its existence. Which was to be fair is the definition of cognition. [http://en.wikipedia.org/wiki/Perceptron]

In their book Perceptron [1969], the famous pioneers in AI Marvin Minsky and Seymour Papert claimed that the simple XOR cannot be resolved by two-layer of feedforward neural networks, which "drove research away from neural networks in the 1970s, and contributed to the so-called AI winter".[Wikipedia 2013]

During same time, John Von Neumann felt puzzled on why "an imperfect (biological) neural network, containing many random connections, can be made to perform reliably those functions which might be represented by idealized wiring diagrams.”

If you want to read more about what are Artificial Neural Networks, you can read my series over here.

For now, Let's see what are FeedForward Neural Network:

Feedforward neural network is the first invention is also the most simple artificial neural network. It contains multiple neurons (nodes) arranged in multiple layers. Adjacent layer nodes have connections or edges. All connections are weighted. 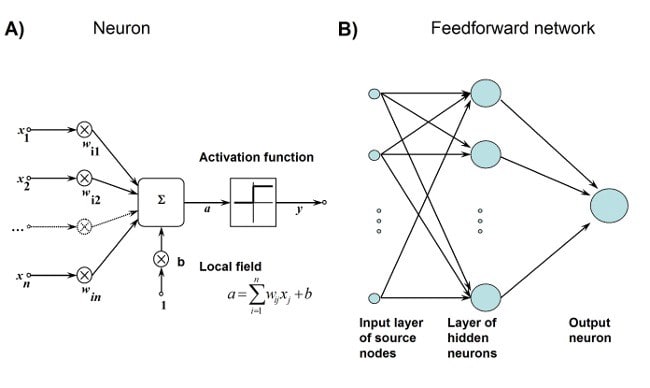 A feedforward neural network can contain three kinds of nodes:

Broadly describing there are 3 types of layers: 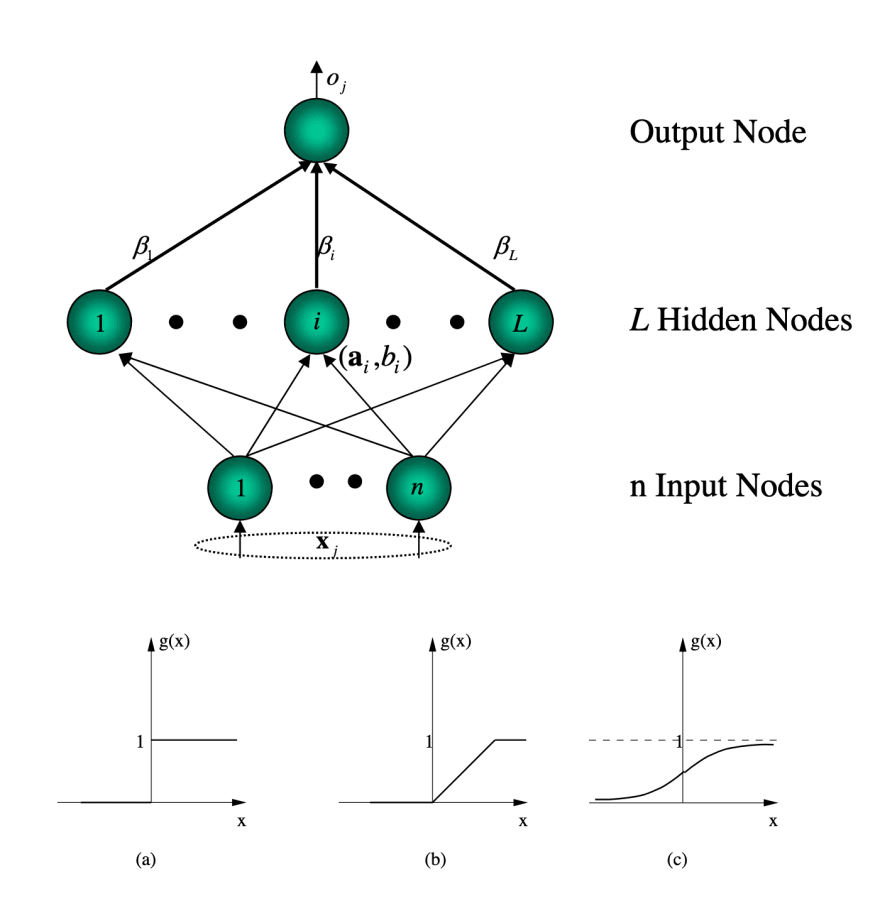 Let's understand the Aim of ELM:

According to Professor Huang:

Is there a general learning scheme for wide type of different networks (SLFNs and multi-layer networks)?

It is clear that the learning speed of feedforward neural networks including deep learning is in general far slower than required and it has been a major bottleneck in their applications for past decades. Two key reasons behind may be: 1) the slow gradient-based learning algorithms are extensively used to train neural networks, and 2) all the parameters of the networks are tuned iteratively by using such learning algorithms.

Now we know all the basics which are required to understand ELM better and we are good to go deep to understand mathematical aspect of ELM along with details of how that works.
In next part, we will define ELM and see how ELMs learn. If you want to learn more about Neural Networks, XoR Problem you can visit articles I linked here.

Once suspended, jbahire will not be able to comment or publish posts until their suspension is removed.

Once unsuspended, jbahire will be able to comment and publish posts again.

Once unpublished, all posts by jbahire will become hidden and only accessible to themselves.

If jbahire is not suspended, they can still re-publish their posts from their dashboard.

Once unpublished, this post will become invisible to the public and only accessible to Jayesh Bapu Ahire.

Thanks for keeping DEV Community 👩‍💻👨‍💻 safe. Here is what you can do to flag jbahire:

Unflagging jbahire will restore default visibility to their posts.