Decided to go back and re-visit my post on installing Win10 IoT Core on a Raspberry Pi 3 using OSX (without using IoT Core Dashboard). Updated to use the latest versions of: OSX, IoT Core, online resources, etc.

Microsoft has some docs about using dism instead of Dashboard.

Similar to last time, we need to obtain an IoT Core image (an ffu)and then convert it to an img usable with dd (found on OSX, Linux, etc.).

The image conversion should take a minute or two and result in a flash.img file in the same location as the ffu (if you omit output_filename).

The ffu2img repository also contains a py3 script for python 3, but I didn’t try it.

This time the raspberrypi.org Mac instructions work without issue.

As it happens, I didn't have a USB keyboard on hand to get the device on the wifi.

Using an ethernet cable to connect the device directly to my laptop, I obtained the device's link-local address from the bottom-left of the touch screen. The device's admin portal is now accessible by pointing my laptop browser at http://169.254.236.118:8080 (default username/password is Administrator/p@ssw0rd).

This time I came preparred, but I suspect the same gymnastics would work.

In the left panel, selecting Connectivity-> Network , you can configure the wifi AP: 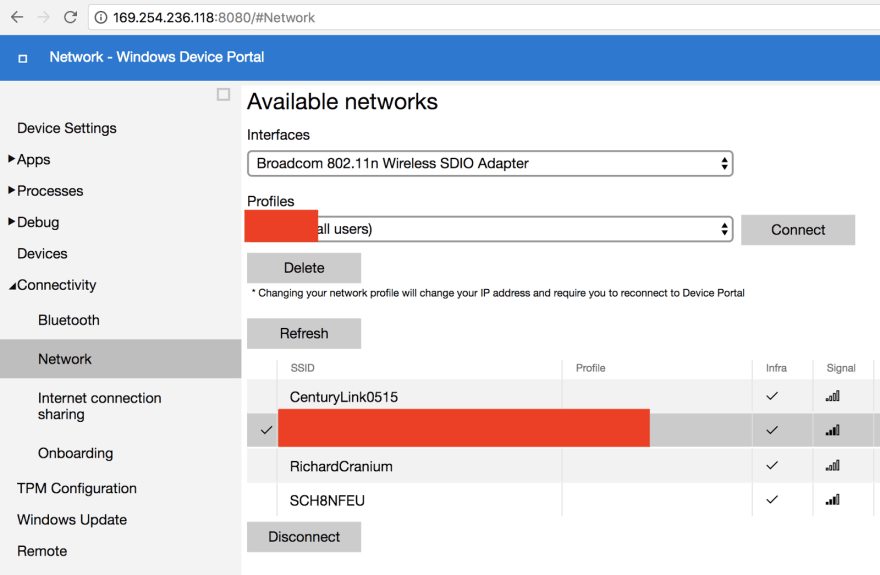 Initially the display was upside-down (assuming the HDMI port is “up” as when using this touchscreen case). To fix this, in the left panel pick Device Settings and towards the bottom in Display Orientation select Landscape (Flipped): 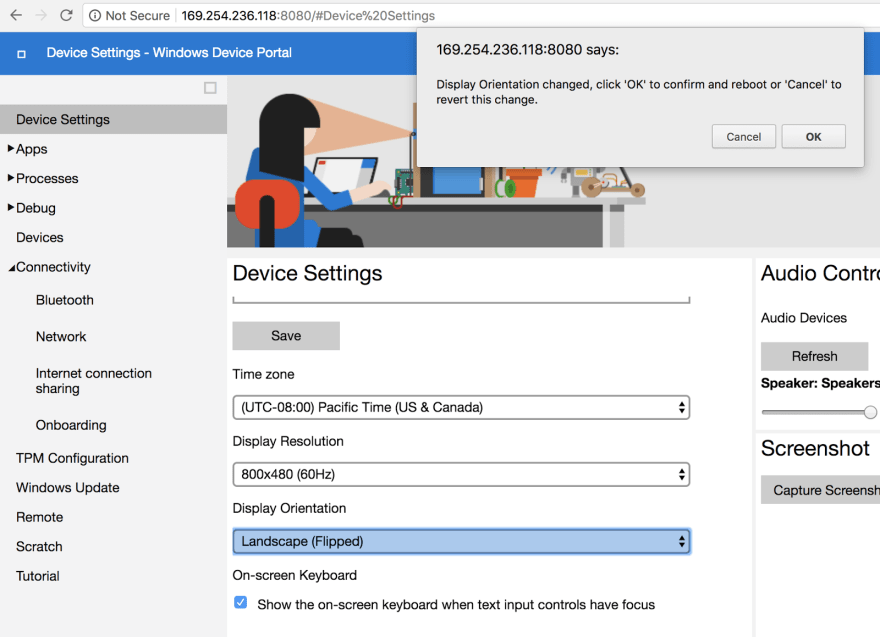 Now to finally get started on that long over-due project.

What are the little things that keep people happy and productive with the relationship?

Connected, but still not interoperable

Trending on DEV
Are you coding more in your spare time due to COVID—19?
#discuss #watercooler
What I wish, as a woman in tech, I knew early on?
#career #womenintech #motivation #developer
How I Got My Website to Load in 1 Second
#programming #webdev #showdev #productivity
Exploring the Two Sum Interview Question in JavaScript
#career #javascript #interview #webdev
What's something you did this week that you're proud of?
#discuss #productivity #codenewbie
YAML vs. XML vs. JSON for Configuration
#discuss
What library/language/tool wowed you with its developer experience?
#discuss
I GOT THE JOB: 3 Tips On How You Can Get Your Dream Job
#career #beginners #webdev #motivation