The first thing to point out is that iteration in JavaScript is based on a protocol: a set of conventions that replace what would have been interfaces in a language with support for interfaces.
Anyway, the ECMAScript Specification mostly uses the word "interface", therefore I will do the same.

To whom this concept may be new, you should imagine interfaces as contracts between two entities in your code. Without the contract, these two parts would know each other too much, becoming too dependent on each other: a change inside one would probably force us to change the other.

There are three interfaces on which the whole iteration thing is based.

The Iterable interface defines what an entity has to implement to be considered an iterable.
The specification says that an iterable has a required method, the @@iterator method, which returns an object that implements the Iterator interface.
What is @@iterator? Is a specific Symbol that we can find into the Symbol constructor: Symbol.iterator.

The Iterator interface defines what an entity has to implement to be considered an iterator.
The specification says that an iterator has a required method: the next method. This method, that is the fulcrum of the iteration itself, returns an object that implements the IteratorResult interface. Its main purpose is to get the subsequent element from the collection until there are no more entries.

All three methods accept at least one argument:

Remember to check the existence of the last two methods before calling them!

The IteratorResult interface defines what an entity has to implement to be considered a valid result of a generic iteration step.

The specification says that an iterator result has two fields, both surprisingly optional: the done field and the value field.
The done field is a boolean flag that signals the ends of an iteration. It should be false as long as the values returned by the iterator are valid, to then become true after the last valid value is returned. If the done flag is omitted, it is considered to have the value false.
The value field can contain any valid ECMAScript value. It is the current iteration value of each iteration step until the done flag become true. After that, this is the return value of the iterator, if it supplied one. If the value field is omitted, it is considered to have the value undefined.

There are some general conventions that should be followed to create well-formed iterators:

Let's see how to use one of the most common iterators already present in the language. Because arrays implement the @@iterator method by default, getting an iterator to iterate over an array is pretty straightforward:

Now let's use it:

You can see how some of the conventions we talked about earlier are respected:

Arrays are not the only built-in iterables: String objects, TypedArrays, Maps and Sets are iterables too, because each of their prototype objects implements the @@iterator method.

Let's create a function that takes an iterable and a callback, passing to the latter each iterator result's value:

Luckily we don't need to write such type of function: the JavaScript provides to us a dedicated syntax: the for-of loop.
Its logic could be summarized in the following points:

Behind instructions like const [a, b] = iterable; and const clone = [...iterable] lies the same mechanism: an iterator is get from the iterable to be usually used only partially with array destructuring, but until it is exausted with the array spread operator.

The following simple collection store all the names of the user that have joined a particular telegram group. The boolean flag indicates whether a user is an administrator of the group:

Now, let's create an iterator that returns only the administrators' names.

The first thing to do is to make the users collection an iterable, adding the @@iterator method to it:

If you think about it, we have just met all the requirements needed to properly implement, from the ECMAScript perspective, the iterators interfaces.
Obviously, the result is far away from what we really need. And we are not even respecting the aforementioned conventions.
But, just to let you know, users is now a full-fledged iterable and could be used safely not only with the for-of loop, but also with array destructuring and the array spread operator.

Enough fun for now, let's add the logic we need.
The second thing to do is to get an array with the object's keys, that we are going to iterate with an index. Both the array of keys and the index must be unique for each generated iterator, so they will be created during the call to the @@iterator method:

At each iteration step, we have to advance one or more position inside the keys array, skipping those that don't match with a true boolean flag inside the users collection.
Is noteworthy that I've changed the next method signature, turning it into an arrow function to preserve the this context:

Do not be scared by !this[keys[index]].
Remember that keys is an array with the users object's keys, therefore an array containing the telegram group users' names. Thus, keys[index] will return the key, the name of a user, at the given index. After that, this[key] will simply return true or false depending on the user status.

Now let's focus on the iterator result that we have set to { done: true } for convenience.
If you are asking, we could have returned an empty object {} and the IteratorResult interface would have been respected anyway. However, don't forget that a missing done flag means done:false. Therefore, if you had tried to use the users object inside a for-of loop, for example, you would have stuck your browser because the for-of would never have ended.

To properly set the done flag, we can check if we have exceeded the numbers of keys thanks to the length property of the keys array.
To set each returned value, since we want the administrators' names, we can simply get the name corresponding to the current index:

Let's try to use it:

and feed a for-of loop with it:

We already know the output:

What do you expect? An exception? Wrong!
The outcome will be exactly the same: 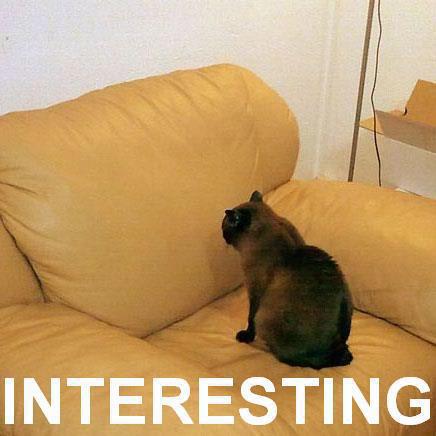 Let's try the same with our custom iterable:

What do you expect? The same output as before (I mean andrew, clare)? Wrong!
You'll get an exception: TypeError: userIterator is not iterable.

Of course, userIterator is not an iterable, it is an iterator! But wait a moment, why doesn't it make any fuss with the array iterator? What's the difference?
The truth is that default iterators, like the array one, are both an iterator and an iterable. But what in the world should mean iterating over an iterator?

Another place where iterators shine is the producers land.
A producer is a stateful function which return values depend on the previous returned ones. A classic example is a function that returns the next number of the Fibonacci series, starting from 0. Let's try to code it:

Here it is what happens if you call fibonacciProducer:

There is nothing wrong with this implementation, apart from a missing integers owerflow check, but we can improve it adding iterators to let it be usable with all the ES6 features that plays well with iterables, like for-of loops.
Let's do it:

Here's how to use the enhanced fibonacciProducer:

Thanks to the iterator interface we also got the possibility to restart the the production of values out of the box: it is sufficient to request another iterator!

Unfortunately, the following code continues to throw an exception:

because fibonacciIterator is an iterator but not an iterable.

Pay attention to this fact: there is not a collection into play to be given directly to the for-of loop as we could do with the previous array.
We can only get iterators from fibonacciProducer.
This is an expected but also a wanted boundary to help you understand the IterableIterator pattern.

If we want to be able to use the ES6 features written for iterables with those types of iterators, we have to force them to be iterables too.

Don't consider this point as a special case that can be forgotten.
All the iterables present by default in the language provide iterators defined with this characteristic. All the iterators that you can get with any language feature, like generators, follow this convention.
Therefore is a good idea to always implement iterators that are also iterables, even because is unlikely you know beforehand how the collections and iterators you create will be used.

We are at the end of the first article about Iterators and Generators.

We have learnt why the iterator pattern is so important, how JavaScript wants us to implement the three interfaces (Iterable, Iterator, IteratorResult) and some useful conventions which we should adhere to.
Then we have seen an example of a default iterator provided by the language, how to use it with the most common ES6 feature and what should be done to create iterators that could be used which such features.
We also have analyzed in detail how to define custom iterables for both a custom collection and a producer.

Next article will focus on Generators, a nice ES6 feature that could be used to create iterators and to do a lot of interesting stuff!

I hope to see you there again 🙂 and on twitter!

I would like to thank Nicolò Maria Mezzopera for helping me identify a lot of grammatical errors. If you are a Vue.js developer, you need to check out his next workshop: vueandme.
I also wish to thank Gabriele Di Simone, Marco Terzolo and Giovanni Riga for the time they've spent to check the article.