Hey, guys. In this article I will briefly explain how to create and configure a project using Spring Boot and Elasticsearch(ES). To start with, it is important to define the two technologies that we will use in the project.

Spring Boot is one of the main java freamworks. The technology is always up to date and incorporating new features involving database, cloud, security and so on.

Developed on Apache Lucene, the non-relational database Elasticsearch has as its main advantage its speed and scalability in indexing many types of content, providing flexible uses for numerous scenarios. After indexing, users can run complex queries based on their data and use aggregations to retrieve complex summaries of the data. The database can be manipulated using the Rest API provided by the technology itself.

Let's now attack what matters. First, we must go to the website https://start.spring.io/ to generate our project with its possible dependencies. The image below shows all the dependencies that we will use in our project, paying special attention to the ES dependency that is our focus. 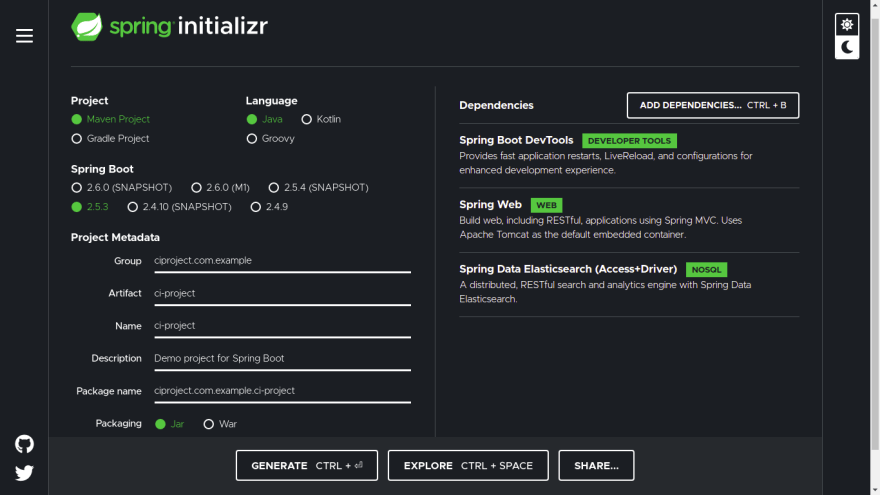 For our project we will need to install ES. However, to make it easier, let's use a Docker image. By following this tutorial you will have no problem installing the tool on your Ubuntu. After installing Docker, to install a working ES image, just run the following commands:

To initialize the image and verify that it is working correctly, just run:

Going back to our project, let's extract and open it using IntelliJ as shown in the image below: 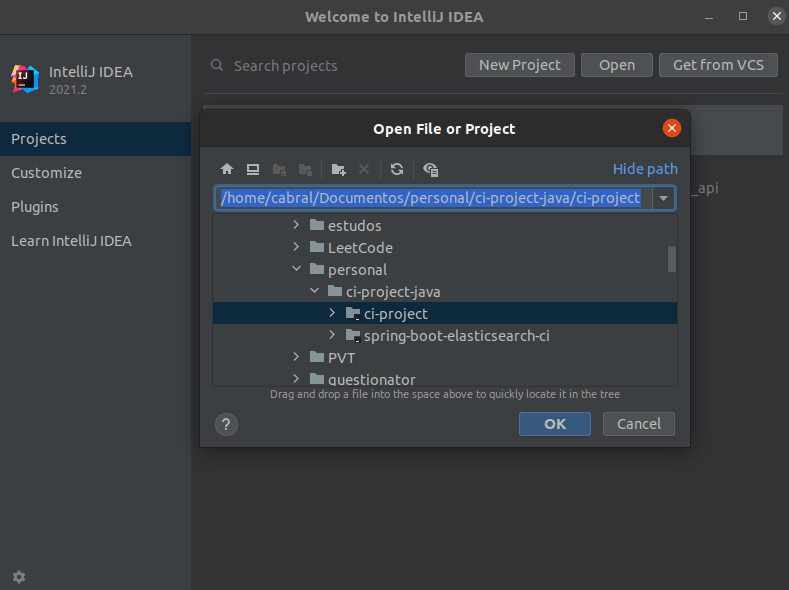 Our first step here will be to create the configuration file to link our project to our already installed database, let's create a package called repository and inside it the file called ElasticSearchConfiguration. Shown below are the necessary settings for connect the database. Attention to the url and port information which are the same as shown before. 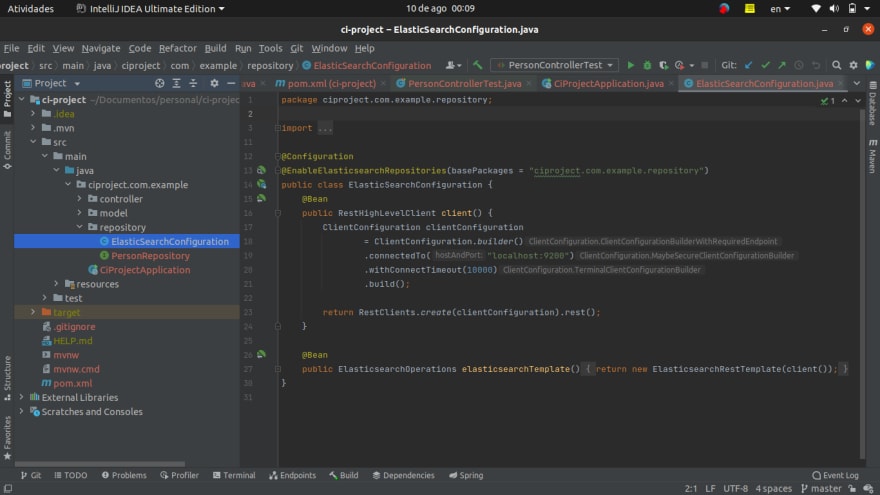 Now let's create a model for our example project, here we'll create the model package and inside it we'll create a Person file that will define the structure of our model. 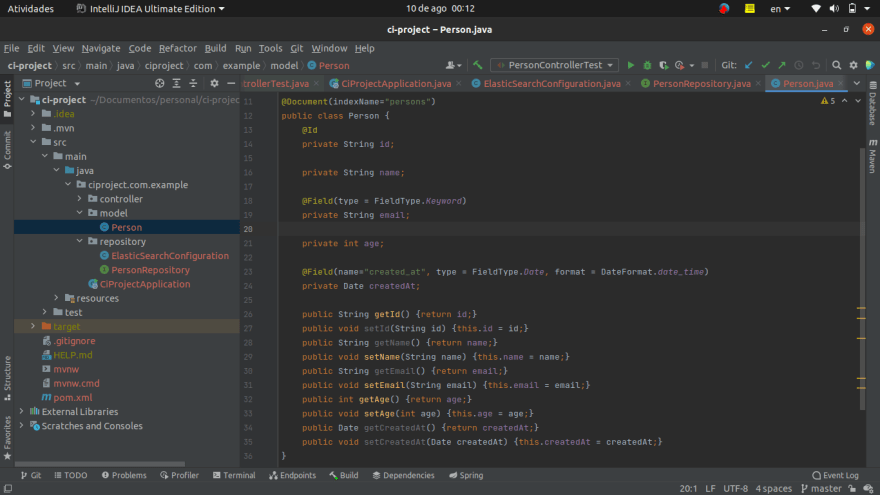 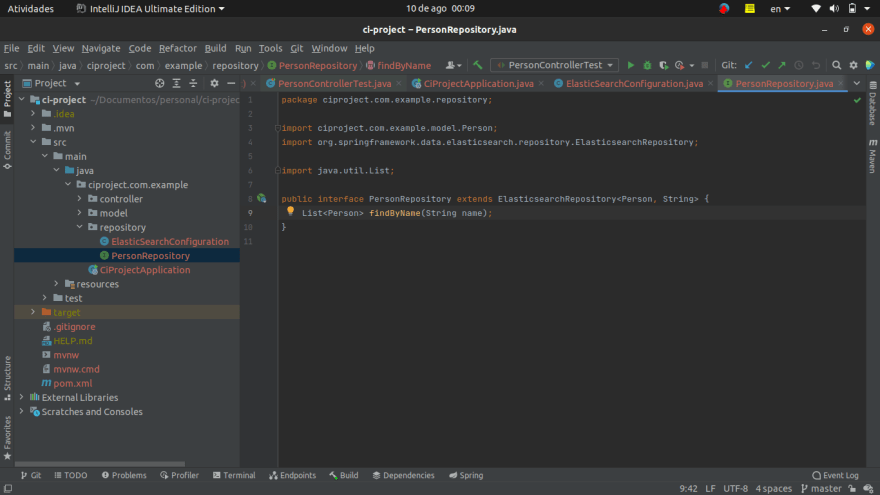 To finish our project, let's define our access interface with HTTP protocols. The following image defines the access methods for our project: 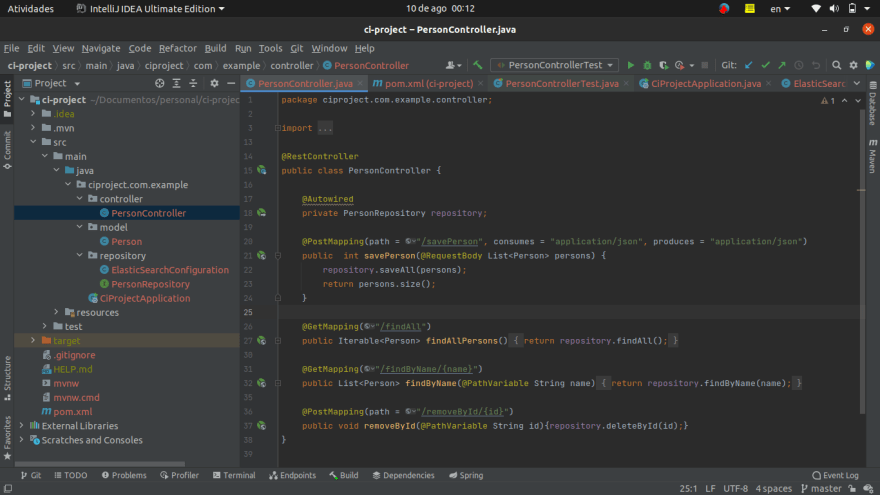 After the end of the project we can start it, but make sure the ES is active before (shown above). The images below show the project startup and some tests validating its basic operation. 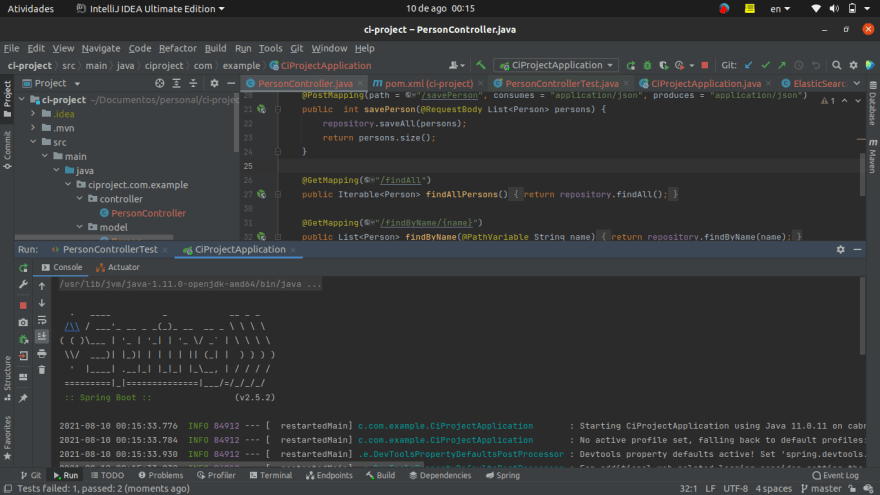 More articles will be published below using this as a basis, so it is important to understand the basics of project creation well. see u soon 👋 👻

Once suspended, jhon3 will not be able to comment or publish posts until their suspension is removed.

Once unsuspended, jhon3 will be able to comment and publish posts again.

Once unpublished, all posts by jhon3 will become hidden and only accessible to themselves.

If jhon3 is not suspended, they can still re-publish their posts from their dashboard.

Once unpublished, this post will become invisible to the public and only accessible to Jhonattan Cabral.

Thanks for keeping DEV Community 👩‍💻👨‍💻 safe. Here is what you can do to flag jhon3:

Unflagging jhon3 will restore default visibility to their posts.