After setting up the git repository for my backend infrastructure (read more), it was time to automate the stack deployment as a CI/CD
pipeline for my website. I don't claim any expertise in this matter, however this article guided me.

GitHub Actions makes it easy to automate all your software workflows and deploy your code right from GitHub.

Github actions integrates with SAM and deploys my application stack in AWS from my repository code. Rough process diagram shown below: 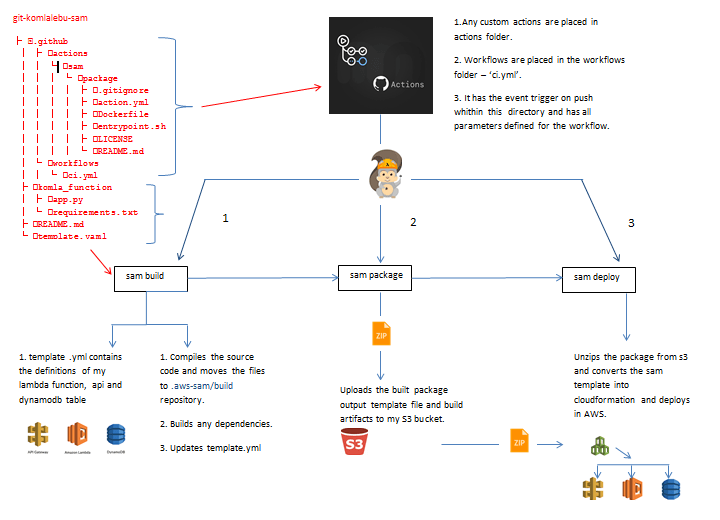 After a lot of search I finally found a git action (Refer) that worked for me! It integrated with my template.yml and deployed the stack after a few configurations to the files. So I went ahead and created my own action after learning.

Let’s take a look at ci.yml. 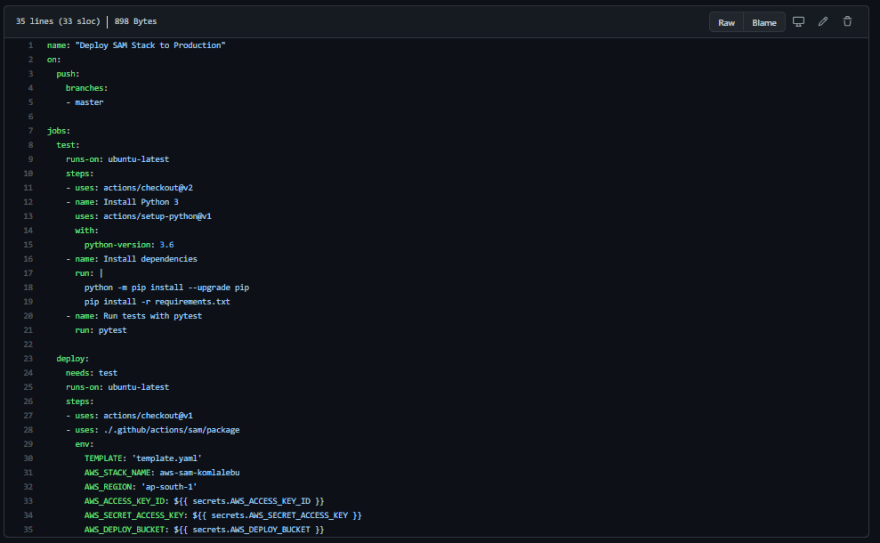 Test job :
The test job uses ubuntu-latest image. Installs python 3. Uses two standard actions in here - actions/checkout@v1 and actions/setup-python@v1. Installs dependencies such as pip and installs the dependencies from requirements.txt file we generated during our local testing (read more). Then it runs the test using pytest.

Deploy job :
Once the test job is successful, only then deploy job starts.
The jobs determine the actions that take place during the workflow, and in what order. The job uses ubuntu-latest image. The uses statement defines a particular action that we want to use. There is a standard action in here - actions/checkout@v1 and uses ./.github/actions/sam/package as the path to my action files.

The action.yaml file details metadata about the particular action. It uses the image defined in Dockerfile.

I configure my dockerfile to build a docker image alpine:latest and run the GLIBC_VER=2.31-r0' environment on it and setup awscliv2 on it. I had to adds glibc and then removes some stuff.
(Refer).
Copy the code file from my action repository to the filesystem path / of the container COPY entrypoint.sh /entrypoint.sh(Refer). However, I was facing continuous Permission denied exception so had to add the below command:
RUN ["chmod", "+x", "/entrypoint.sh"]. (Refer). 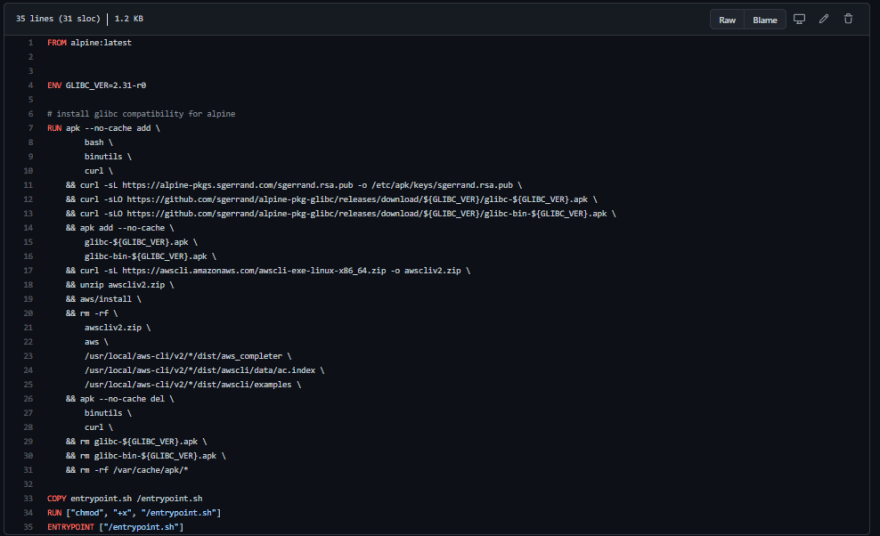 Most of the work is done by this file in the docker image.
It is the same code as used in this action (Refer - falnyr/aws-sam-deploy-action). The script basically configure an AWS profile with my credentials, and packages and deploys the SAM template I developed previously in template.yml file (read more). 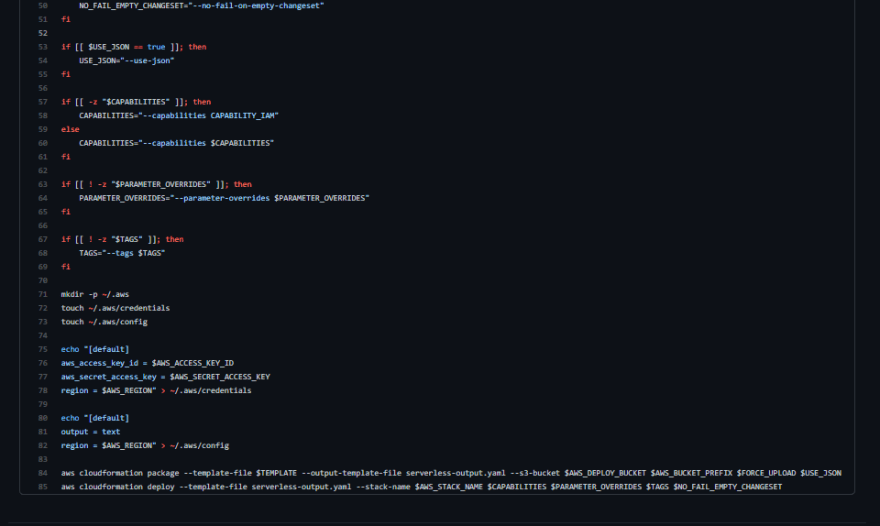 The below parameters have
been passed as environment variables for security purposes.

Completion status of the two jobs.

The stack primarily consists of an API, a lambda function and a DynamoDB table.

Scaffolding a new project based on the existing git template repository