Have you heard of Bonusly? If not, you’re missing out. It’s a tool “dedicated to building recognition-rich cultures in workplaces across the globe”. One of the core concepts of the tool is to award your teammates with “points”. This could be for a job well done, a birthday, a work anniversary, anything you can think of. These points can then be redeemed for physical and digital goods, gift cards, donations to charity, and more.

I’ve long been a fan, and thought there must be a way to combine Bonusly’s recognition point system with the hard work developers do. That’s why I’m happy to present my submission to the GitHub Actions x DEV Hackathon: Bonusly for GitHub.

You can find and install the Bonusly for GitHub Action from the GitHub Marketplace.

You’ll notice that this runs only on Pull Request closure, and is further narrowed by the if statement under “steps” to indicate we only want to act on merged Pull Requests.

Once you’re up and running, all that’s left to do is to start awarding points to your co-workers via comments on their PRs! Check out the repo README for supported comment formats, as well as some gotchas that may occur. 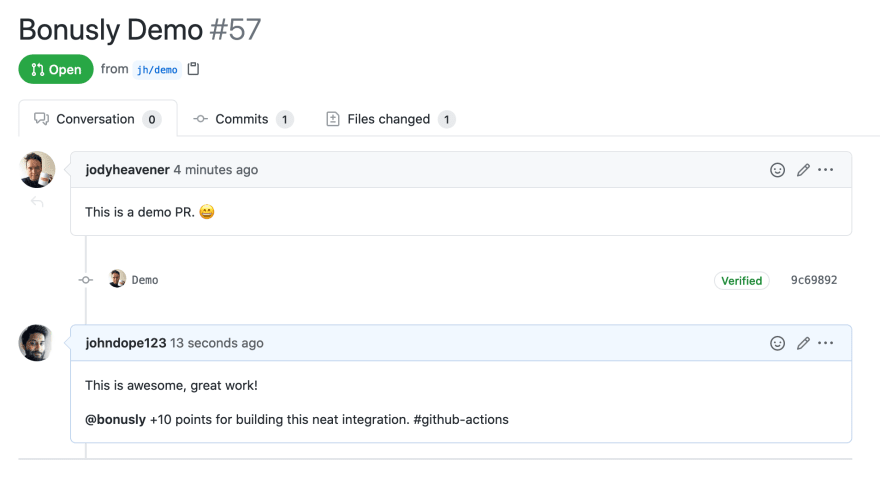 Once the Pull Request is merged the Action will run and allocate any Bonusly points to the commit authors of the PR. This even works for co-authored commits! 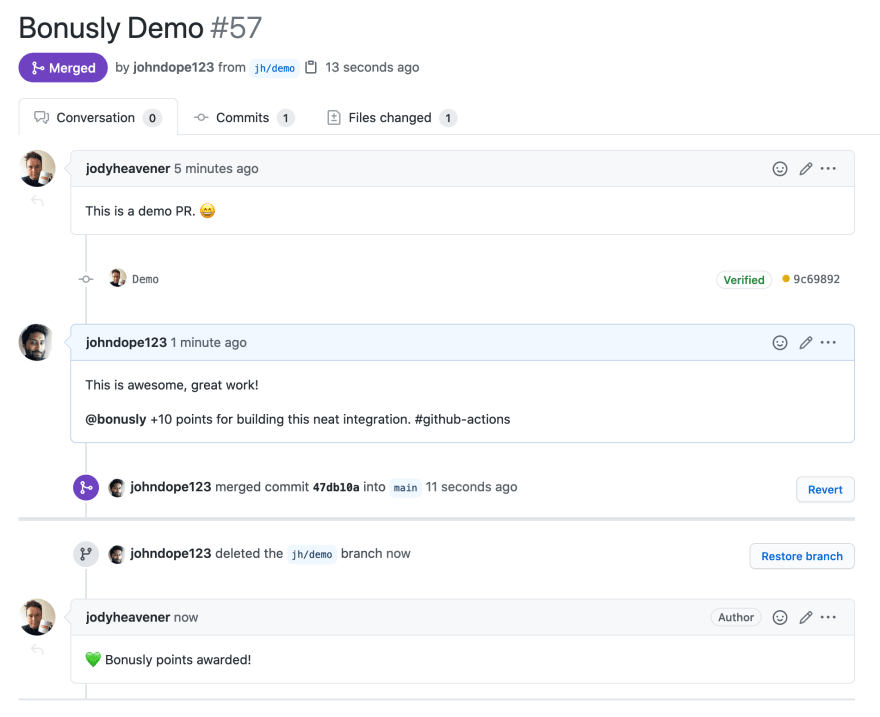 Done! Points awarded and teammates celebrated for their hard work. 🥂 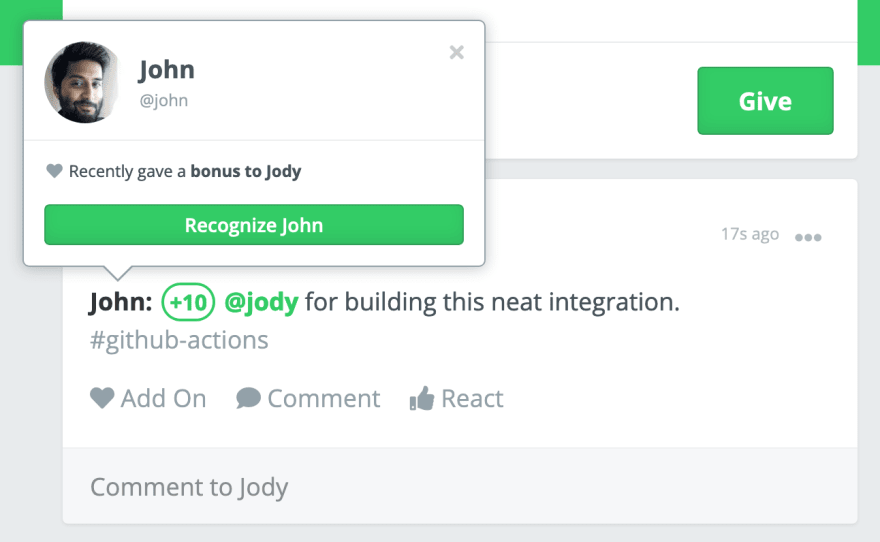 I might even say Maintainer Must-Haves as well, depending on how your team is set up.

A GitHub Action for Bonusly

First, set the following secrets on your repo:

Then set up a new workflow:

Now, anyone who would like to award the commit authors of a merged Pull Request can indicate so by leaving a comment on it in one of the following formats:

GitHub Actions are a lot of fun. I actually went through a whole lot of ideas before landing on this one. It was totally worth it because Bonusly is a pretty powerful tool for bringing teams together, especially these days when a lot of folks might not be connecting with their teammates as much as they’d like.

Hope you liked this submission. All thoughts and feedback welcome.

Appwrite Loves Open Source: Why I Chose to Support Flow-Launcher

Once suspended, jody will not be able to comment or publish posts until their suspension is removed.

Once unsuspended, jody will be able to comment and publish posts again.

Once unpublished, all posts by jody will become hidden and only accessible to themselves.

If jody is not suspended, they can still re-publish their posts from their dashboard.

Once unpublished, this post will become invisible to the public and only accessible to Jody Heavener.

Thanks for keeping DEV Community safe. Here is what you can do to flag jody:

Unflagging jody will restore default visibility to their posts.