In this post, you'll be introduced to Visual Studio Code, Python, and Jupyter Notebooks. You'll learn how to install all the software and packages you'll need to begin writing code.

Lines of code are instructions that humans give to computers to make them do things. While you may hear about how smart and amazing computers are, on their own, they are only good at one thing: following explicit instructions.

What is Visual Studio Code?

Visual Studio Code (often referred to as VS Code) is a free, open-source, extensible, code editor. We can break this description down a little further to get a better understanding: 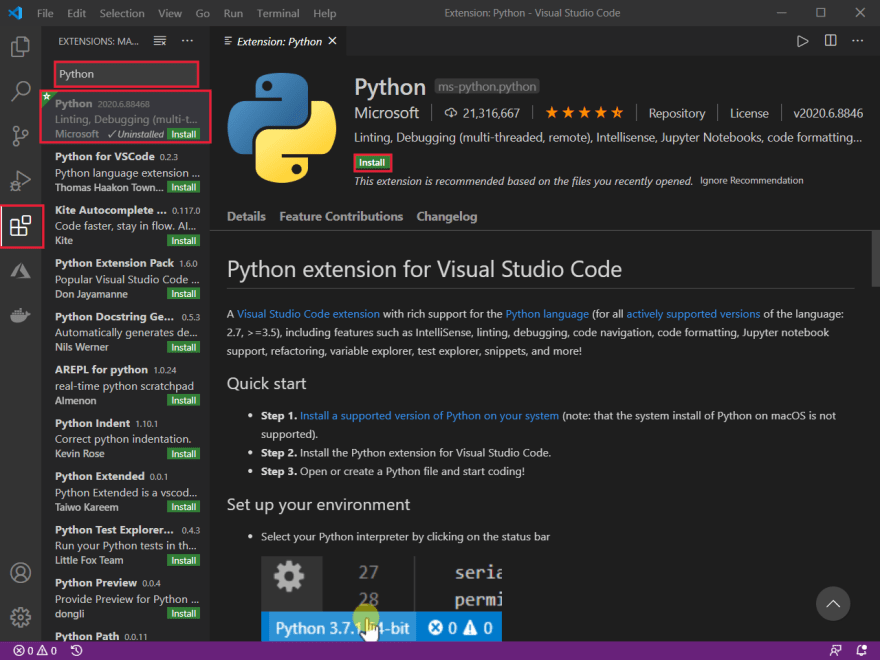 While you're in the extensions tab, go back to the search bar and type in "intellicode". Select the specified box. It should be the first result. Select Install. IntelliCode will recommend code when you're writing programs, which is a great tool for beginners who might not know the exact syntax. 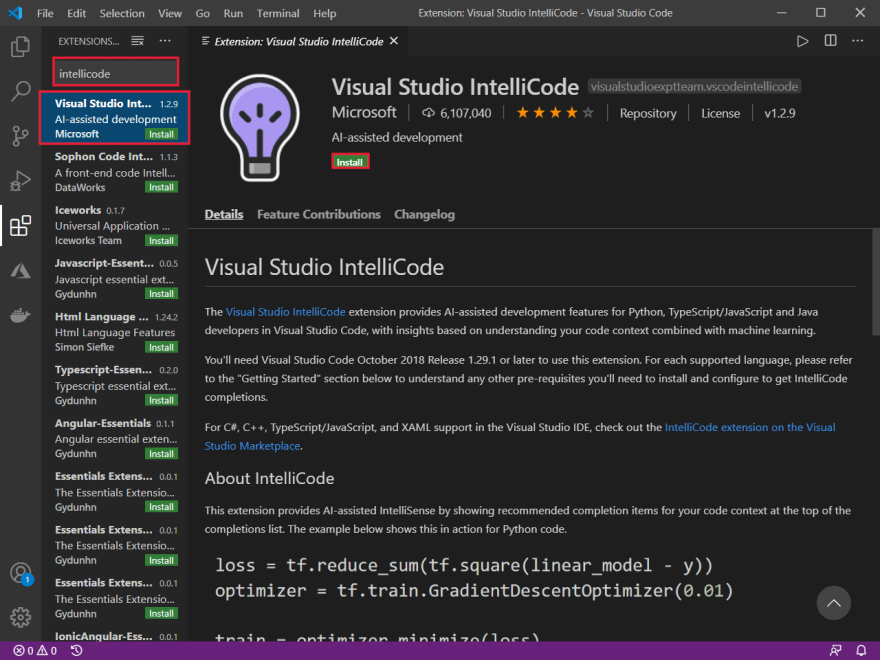 Visual Studio Code Jupyter Notebooks has good documentation about how to use the environment. In Jupyter notebooks, you write code in cells. Click on the plus button to the left of a cell to create a new cell below the current cell. Click on the garbage can to the right to delete the selected cell and use the arrow buttons to move the cell up or down in relation to the cells around it.
Use the green play button in each cell to run that cell. After you run a cell, a number will appear, surrounded by square brackets. This number is to help you keep track of which cells you run. This is important because, as you'll remember, you can re-run cells within a Jupyter Notebook, which might change variables or program state.
If you look at the top of the file, you will see that you can run all cells above or below the current cell by using the play button. Finally, you can click the red pause button to force stop the program at any time.

The Jupyter notebooks have been widely adopted by the data science community of practitioners to hypothesize and visualize data in a format that enables rapid prototyping of their applications.

As always, thanks for reading and happy coding!!!

Creating and publishing a python lib with poetry and git