first-of-type and first-child are very similar pseudo selectors and will often target the same element. When they don't it can be confusing, so let's look at what they do.

When you use the first-of-type pseudo selector it will select the first child element that matches that type. Consider the same code as above but with first-of-type.

example-one div:first-of-type {} will still select the first <div>. This is because it's the first child and the first of type.

example-two div:first-of-type {} doesn't select nothing, like it did with first-child but selects the second child which is the first element of type <div>

For every parent element, there can be many fist-of-type elements. Every element that is the child of a parent element can be selected with the first-of-type pseudo selector. 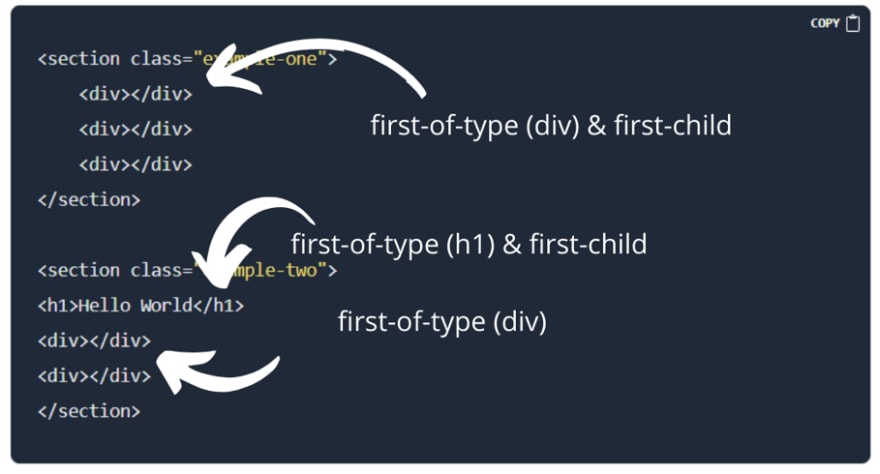 John Palmgren
I'm a web developer with an eye for design. I have a writing degree and I'm excited about exploring the connections between tech and writing
How to Make Buttons Stand Out with CSS
#css #webdev #codenewbie #design
Is a Web Development Bootcamp Worth it in 2022?
#webdev #bootcamp #beginners #javascript
What's the difference between var, const and let
#javascript #webdev #programming #beginners