A question popped up in my head during a PR review: is it OK to put a rendering condition into the render function (return statement for a functional component) instead of a component reference assignment?

Imagine having this 'heavy' calculation React-component. 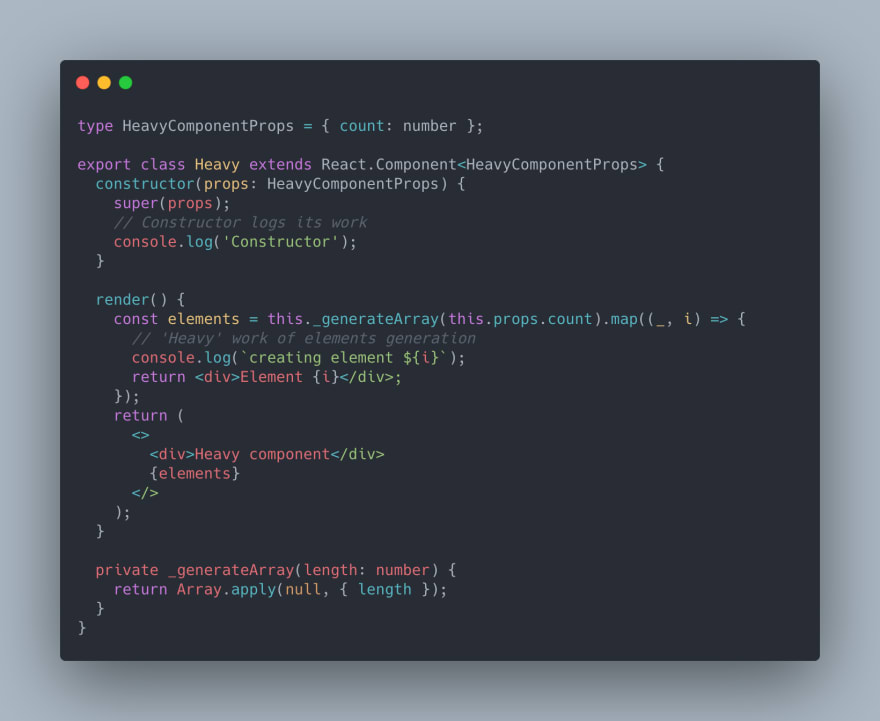 It generates a list of elements based on the count prop and logs into a console for illustrative purposes.

We have the heavy reference and log it into a console for illustrative purposes.

Won't this way of instantiating actually run some of those 'heavy' calculations inside the Heavy component at the moment we create the heavy reference? What would be the console log if we run this code when shouldRenderHeavyComponent returns false?

I was a bit surprised to only see the heavy reference being logged. Was expecting to see at least the constructor logging something. 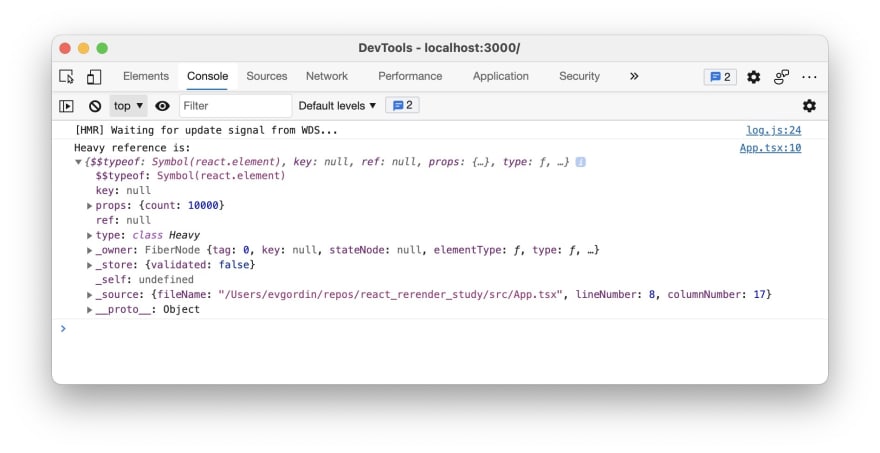 So no 'heavy' calculations happening and this approach looks nice. We can assign a component once and if we'll have a longer code for App component, we'll be able to see in the return statement why exactly heavy should/shouldn't be rendered.
The drawback I see is having an actual reference hanging around.
Imagine somebody doing a check somewhere later in code: 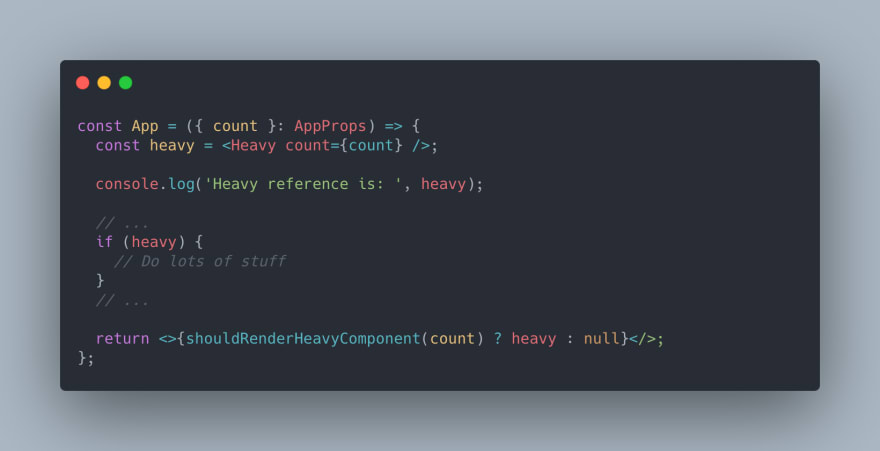 Now heavy reference is an actual object, so some code will run.

And of course we have some memory allocated for the object, which doesn't seem like a big thing, but still bothers me a bit as in the end it was all for not actually rendering heavy.

That's why although the idea of a rendering condition being close to the actual rendering is compelling, I would stick to moving it into the assignment.

Console would still have only heavy logged, but now it'll be null as expected. 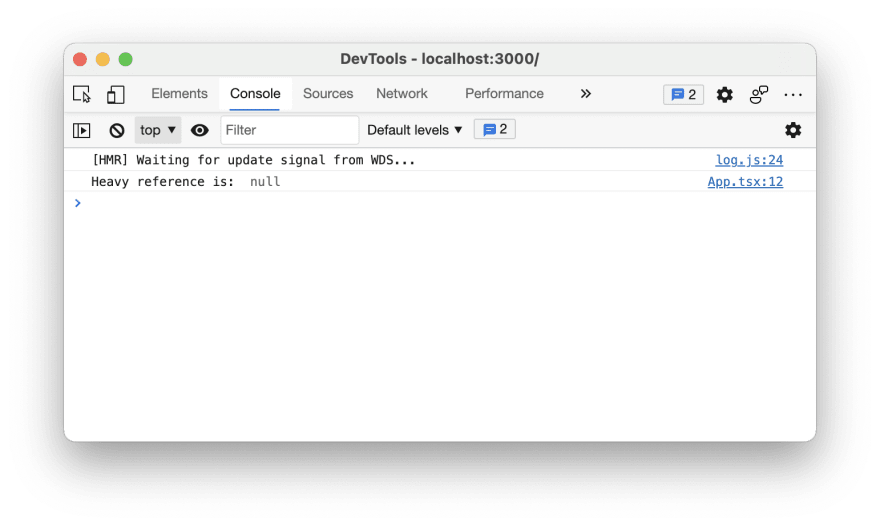 To answer my initial question: it looks OK-ish to put a rendering condition into the render function (return statement for a functional component) instead of a component reference assignment, but not having a potentially obsolete reference hanging around feels nicer to me personally.

Next.Js Crowd: See Who Talks About The React Framework

Jokerwolf
"I know that i know nothing". Learning stuff. Writing stuff down helps me remember it better. Being able to share with others definitely won't hurt too.
What are your Favorite Authors, on Which Topics, and Why?
#discuss #writing #watercooler #gratitude
Free Awesome Notion Templates for Developers
#javascript #webdev #beginners #react
Generating QR Codes using React
#react #javascript #github #webdev

Once suspended, jokerwolf will not be able to comment or publish posts until their suspension is removed.

Once unsuspended, jokerwolf will be able to comment and publish posts again.

Once unpublished, all posts by jokerwolf will become hidden and only accessible to themselves.

If jokerwolf is not suspended, they can still re-publish their posts from their dashboard.

Once unpublished, this post will become invisible to the public and only accessible to Jokerwolf.

Thanks for keeping DEV Community 👩‍💻👨‍💻 safe. Here is what you can do to flag jokerwolf:

Unflagging jokerwolf will restore default visibility to their posts.