How to Build a Cross-Platform Desktop Application in Python
Developing desktop GUI applications used to be a tedious, error-prone, and slow process.

Of course, Python has dramatically simplified application development overall, but in the GUI realm, there was still no real substitute to the cross-platform frameworks like GTK or Qt.

If you are new to PyQt, I suggest this course:
Create Desktop Apps with Python PyQt5

Use a GUI module

The PyQt library is a Python bindings for Trolltech's Qt framework. It provides a rich set of Python classes that allow programmers to easily write graphical user interface applications.

If you are a fan of Python and its many bindings to C libraries, then you probably know about PyQt. PyQt is a binding of the Python programming language and Qt, the cross-platform application framework that provides graphical user interfaces and reusable software components targeting the desktop environment. 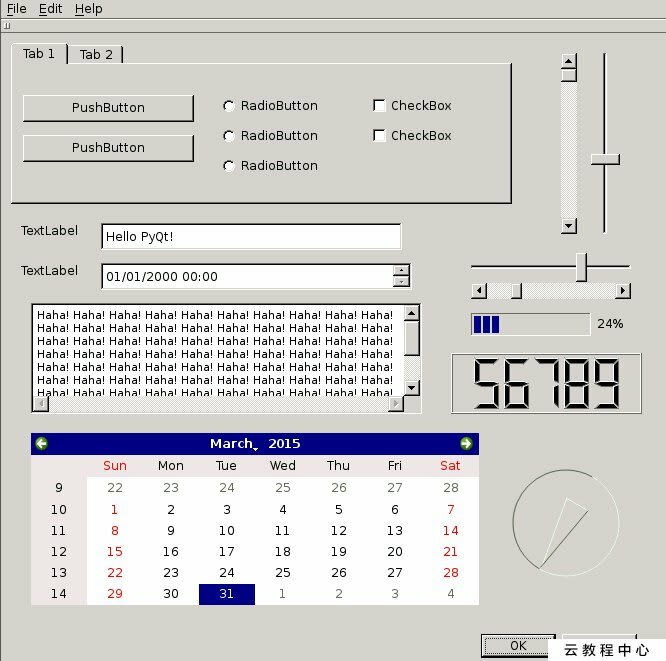 Qt is already well supported on Linux, with MacOS, iOS and Windows all available via other components. On a recent project, I needed to create a desktop application using Python. Qt is my first choice for creating an GUI interface.

PyQt is supported on many different operating systems, including all of the major Unix flavors as well as Windows and Mac OS X. Notably, the PyQt bindings are available in the default package repositories of most distributions such as Ubuntu, Fedora and Debian. Thanks to this widespread adoption even novice Linux users can easily install PyQt.

This makes PyQt an ideal cross-platform GUI toolkit for both novice Linux users and power users alike. There are some other GUI toolkits like tkinter but they're not as advanced.

You can also opt for web apps instead of Desktop apps, but they often require either internet or the user to run a server on their computer.

Is Ruby based on Python?