1. You need to install node

Now what is node: Node allows developers to write JavaScript code that runs directly in a computer process itself instead of in a browser. Node can, therefore, be used to write server-side applications with access to the operating system, file system, and everything else required to build fully-functional applications.
Click to install node: node
**Note: Download the LTS version of node that is compactible with every operating system**
After installing node, check whether it has been installed by opening command prompt/terminal

2. You need a text editor 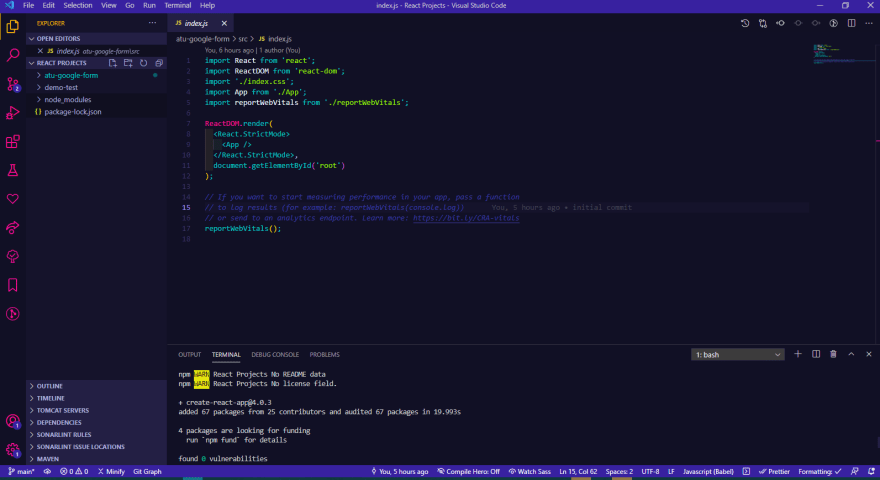 3. Now let's get to installing react

It means you don't have the latest version of react and you have to install it globally to be accessed everywhere on the operating system. Now use the following to install
npm install -g create-react-app@latest this installs the latest version of react with it's current libraries.
Now you are free to use:
npx create-react-app project-name after that 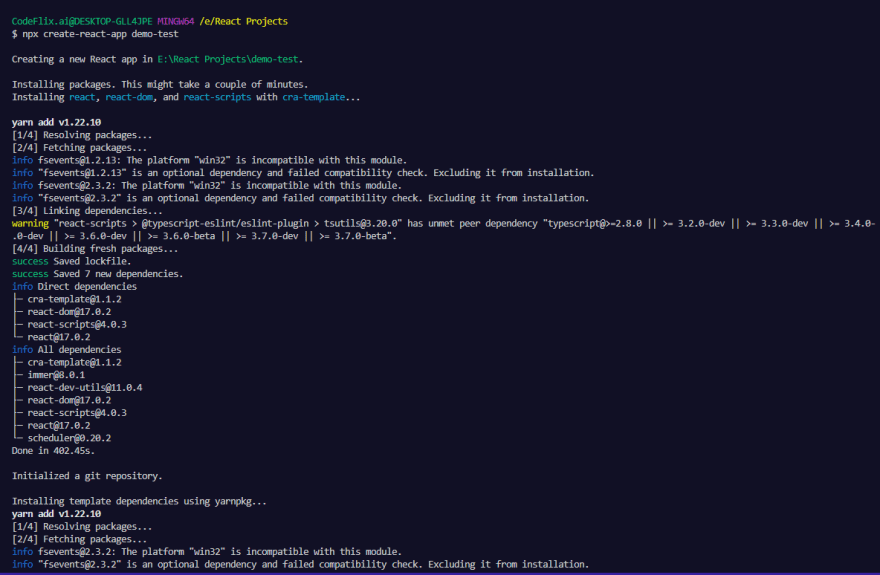 cd project-name/
then,
npm start to start your react application. 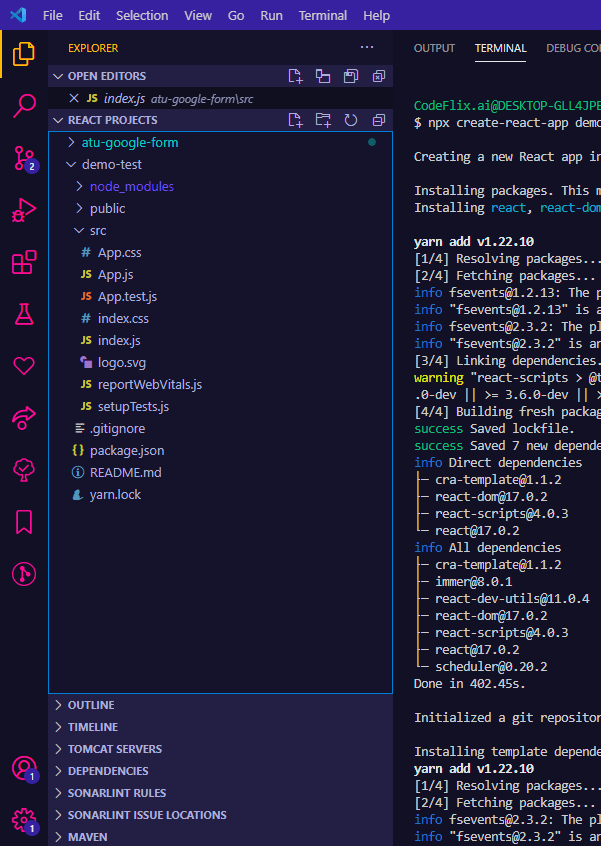 4. Pushing your first react app to your git repository 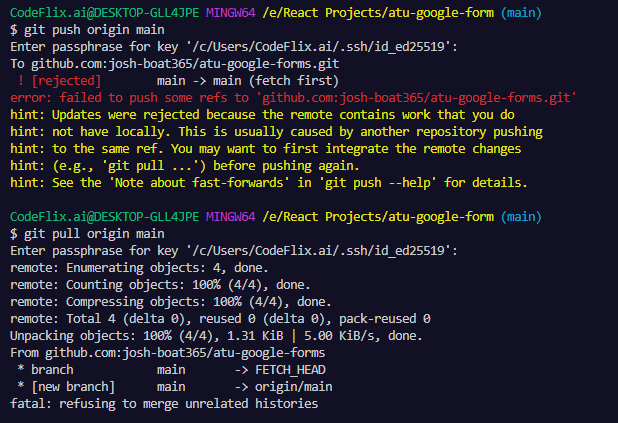 Now react automatically initializes a git project for you and due to that you get errors in pushing refs to your remote repository. Now follow this:

If you want to know more about react, follow this link Reactjs

Thank You for going through this article

HAPPY LEARNING
Kindly reach out to me on LinkedIn

Once suspended, joshboat365 will not be able to comment or publish posts until their suspension is removed.

Once unsuspended, joshboat365 will be able to comment and publish posts again.

Once unpublished, all posts by joshboat365 will become hidden and only accessible to themselves.

If joshboat365 is not suspended, they can still re-publish their posts from their dashboard.

Once unpublished, this post will become invisible to the public and only accessible to Joshua Nyarko Boateng.

Thanks for keeping DEV Community 👩‍💻👨‍💻 safe. Here is what you can do to flag joshboat365:

Unflagging joshboat365 will restore default visibility to their posts.