Have you ever thinking about adding more languages to your application? Does it make sens to do it? Will you get more customers? Or will it make your existing customers happier? Or maybe you would like to look more professional than your competitors? Let's make it clear - yes, your app will look much more profesional if you will give your clients more languages to choose besides English which is language of the Internet by default. Every big tech company provides more than English language in their apps.

When I was creating my first big B2C web application I knew I will need to support more languages than only English. I wanted to reach more mature people who often don't know English at all. Application initially was designed to support 5 languages:

I started working on the coding side and my girlfriend was taking care about everything else including translations. We noticed very quickly that i18n... is though... 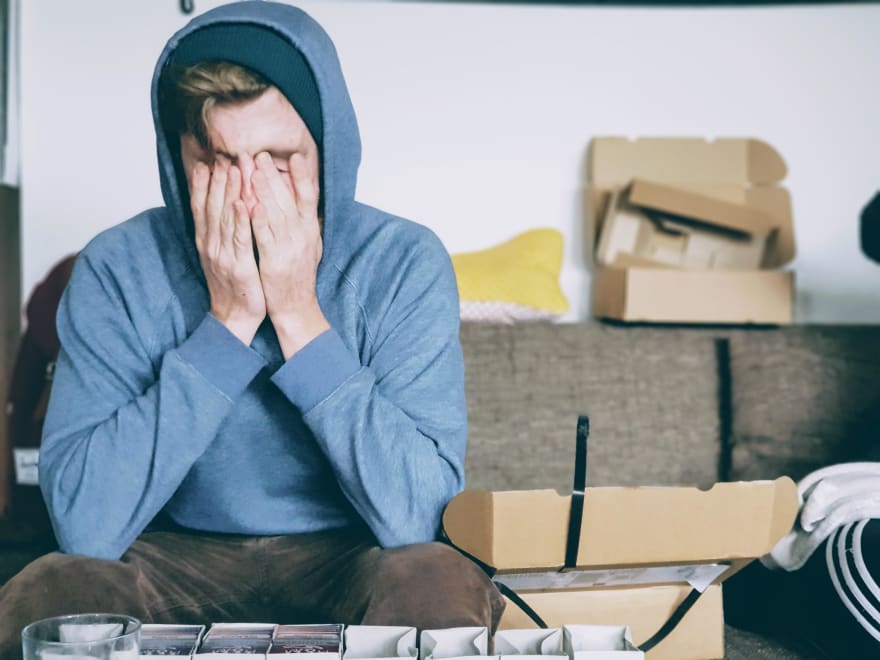 I was using ReactJS to create PlaceFlare.com so I decided to go with yahoo/react-intl from FormatJS.io as my primary i18n library. It was very easy to configure and to use. The problem was with handling i18n keys and translations for more than one language.

Why maintaining i18n is so hard

Basically it was very hard to handle and maintain all i18n keys because every language translations were packed into separate JSON objects or even separate JSON files like en.json, it.json and so on. 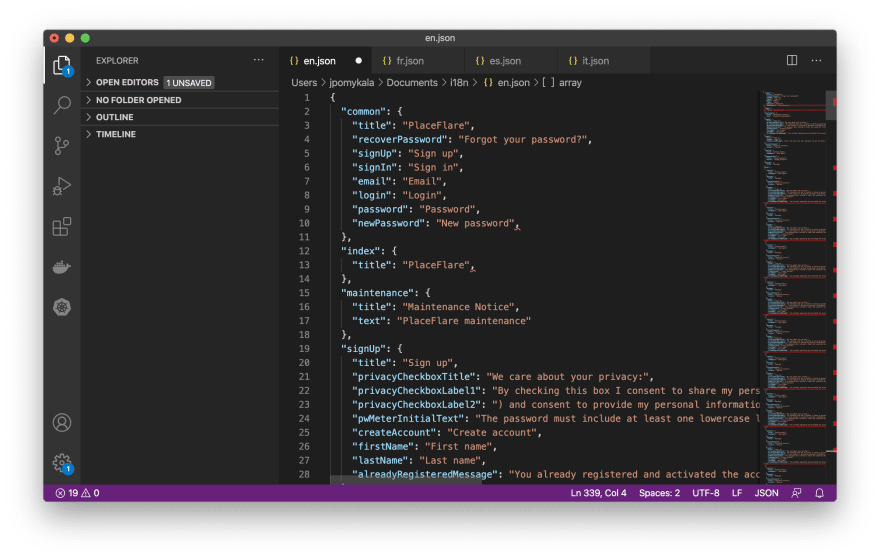 How I solved problem which I created

I came up with the simple software solution. We started keeping translations in Excel files like shown below. 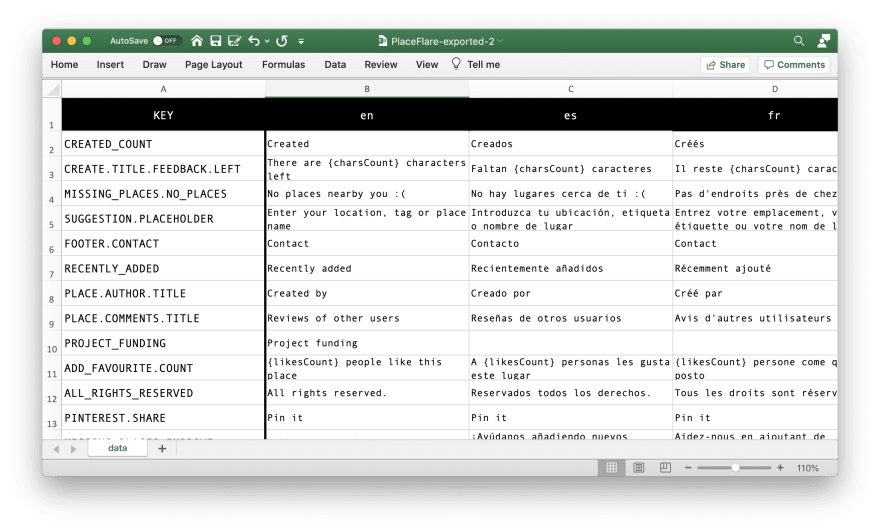 So I provided a small Java app to convert such Excel file to format required by FormatJS library. More problems come up later, like finding i18n in application code, also i18n key changes were still a nightmare, keeping one Excel file which should be always up-to-date, more and more problems to solve.

How I improved my clunky solution

Very quickly I turned everything what I learned into small simple SaaS project which I called SimpleLocalize.io I think I solved most of the problems with i18n app translations. 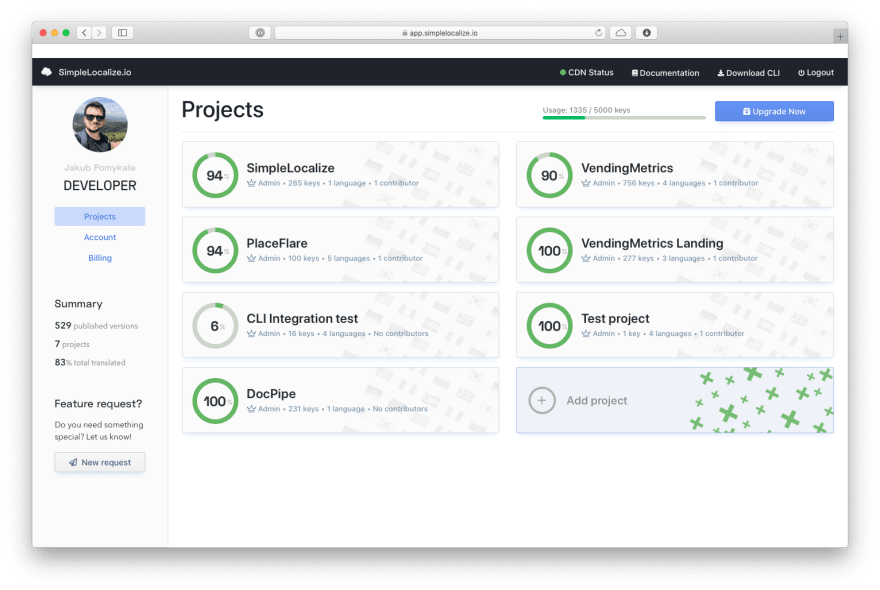 The biggest advantage of SimpleLocalize.io is that you can use any i18n library you want. SimpleLocalize CLI will extract i18n keys from application source code, push them to the cloud where you can edit it and publish to the CDN which will make it easy to fetch and use in app. 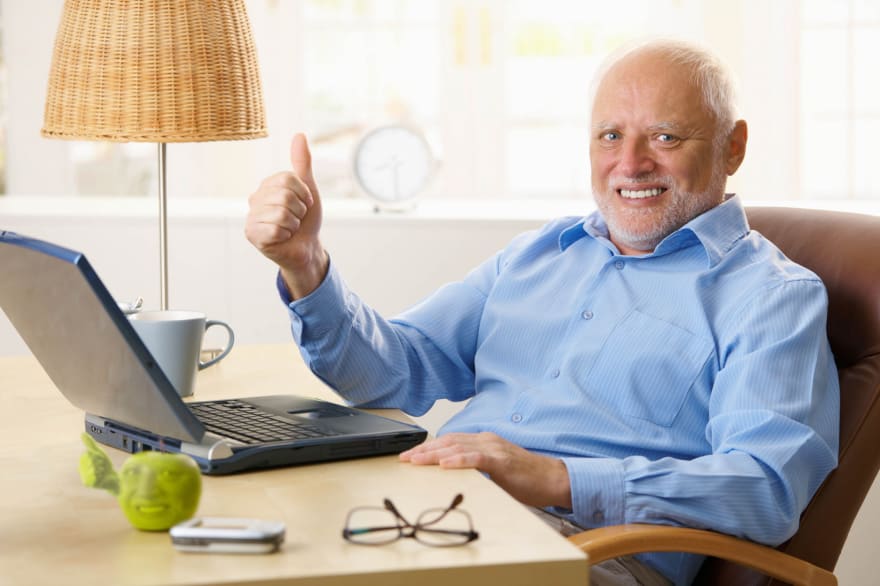 My experience with GitOps. So far...

Once suspended, jpomykala will not be able to comment or publish posts until their suspension is removed.

Once unsuspended, jpomykala will be able to comment and publish posts again.

Once unpublished, all posts by jpomykala will become hidden and only accessible to themselves.

If jpomykala is not suspended, they can still re-publish their posts from their dashboard.

Once unpublished, this post will become invisible to the public and only accessible to Jakub Pomykała.

Thanks for keeping DEV Community 👩‍💻👨‍💻 safe. Here is what you can do to flag jpomykala:

Unflagging jpomykala will restore default visibility to their posts.