Ok, WebRTC is not a “✨new thing™✨” in 2020, however, it was never possible to make a WebRTC-powered game in the js13kGames competition up until now. 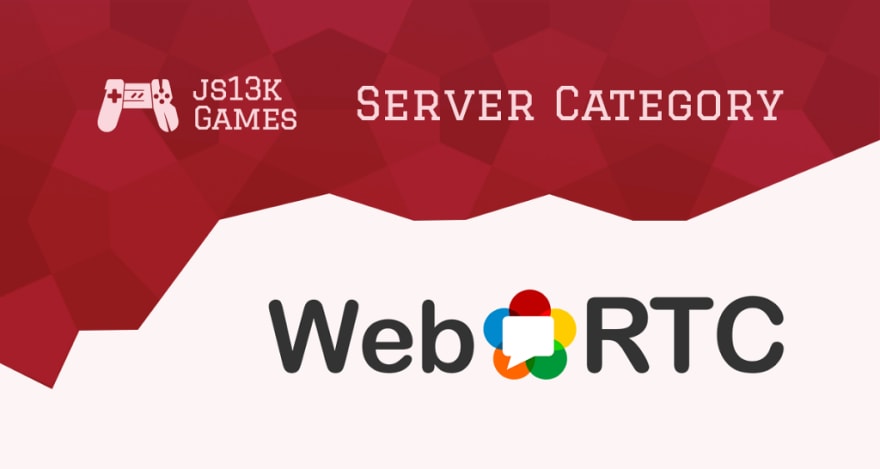 As you may know, js13kGames competition has the Server category since 2013, and by “server” we mean “⚡🔥multiplayer💥🌶”. However, we could never implement a STUN server (the basic infrastructure to how WebRTC works) and a great game inside 13k size limit. And since 2014 we have (a necessary) technical restrictions to the implementation of some server features that make it impossible to add STUN functionality to a simple game.

Well, the only good solution is to flexibilize the Rule #3 (No external libraries or services) to allow connection to Google’s STUN servers:

WebRTC is a technology to allow P2P connections between web browsers…

Hey, and why that talk about server implementation?

That said, with WebRTC you can exchange media streams and data without a server between them, receiving and processing all data.

The first obvious opportunity is to merge users’ voice and video interactions as a piece of the game.

The second opportunity is to find a way to allow many player rooms without exploding the small free Heroku server we are using to host all Server category games in the js13kGames competition.

Let me explain: in most multiplayer game implementations the game logic runs on the server. If the game is a MMO or it has rooms for a limited number of players in a session, the server will slow down a bit for each player. And that will become a performance problem fast on a free server.

You must use creativity to solve the MMO problem with WebRTC, however, for room based server games, you can simply make the user who had created the room as the game logic processor, just change the place where you would put that code.

Great! How do I implement WebRTC?

I can give you some nice links providing all you need to know (and some code to copy and paste):

⚠ Remember: the js13kGames competition allows only the public Google’s STUN servers. No others, and no TURN servers allowed.

How to setup a lab environment for WebRTC broadcast streaming

Storybook As A Game Development Tool (With Demo)

Once suspended, js13kgames will not be able to comment or publish posts until their suspension is removed.

Once unsuspended, js13kgames will be able to comment and publish posts again.

Once unpublished, all posts by js13kgames will become hidden and only accessible to themselves.

If js13kgames is not suspended, they can still re-publish their posts from their dashboard.

Once unpublished, this post will become invisible to the public and only accessible to Andrzej Mazur.

Thanks for keeping DEV Community 👩‍💻👨‍💻 safe. Here is what you can do to flag js13kgames:

Unflagging js13kgames will restore default visibility to their posts.