Imagine this situation: You're a software developer who's just been assigned a ticket. It's a bug, and the symptom of the problem is that your app is rendering triangles where it should be rendering quadrilaterals.

Seems straightforward enough, right? But wait - you are actually given more information. This is a regression, which means that the app used to correctly render quadrilaterals, and now it's rendering them as triangles. Whenever a software engineer sees a regression, the first thought should be "When was the first time this error exhibited itself?" If you ask the person that filed the bug, you'll probably get an answer like this:

Why is this question important, anyway? Well, if we can isolate the change where the regression first appeared, we know that the error was in the code that was added or removed when that change was applied.

git bisect is a tool you can use to run a binary search [1] on a set of commits to (hopefully) determine which one first exhibited the problem. It's a powerful tool, but there's a catch: you have to have a linear history of independently buildable, small, and working changes in order for it to work in the best manner possible [2].

git (which you probably already know or you wouldn't be reading this post) is a tool for controlling revisions of files. You edit files, then commit them to the repository after validating your changes. git keeps track of the history of these commit objects, effectively building a graph.

In the ideal case, your commit history looks something like this: 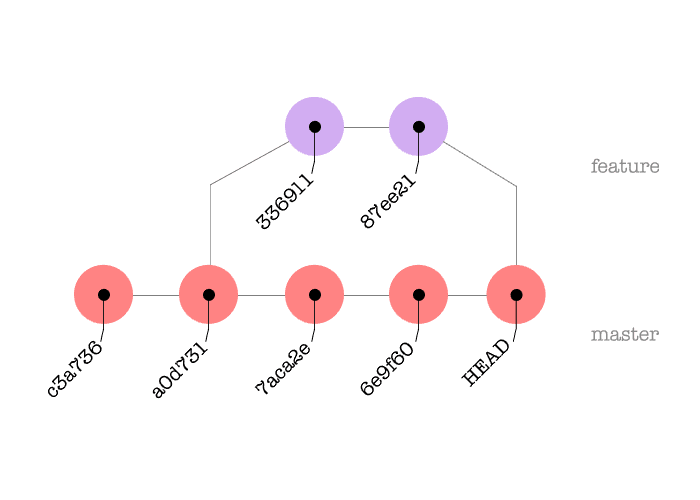 Unfortunately, through bad commit/merge practices, you can sometimes get into a situation where this history is nonlinear: 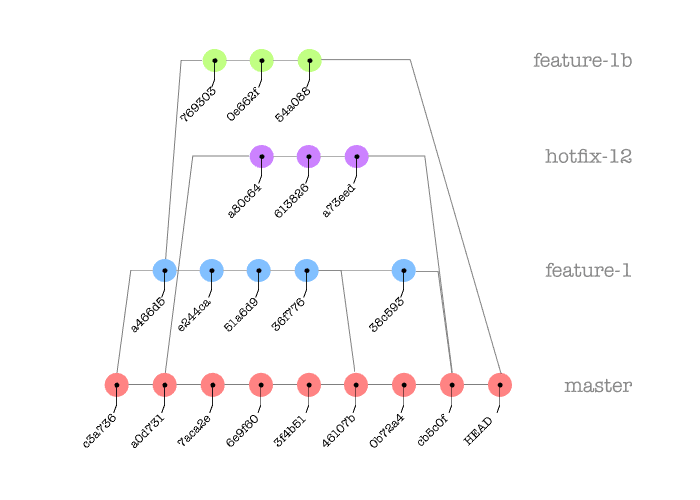 Fixing a history that is non-linear is beyond the scope of this blog post, but if you're in this situation, you might want to check out [3] for some guidance. [4]

git bisect works like this: given an input range of commits, it splits the range in which the regression occurred into two sections using a commit near the center of the range. It checks out this pivot revision, and based on your input, it determines which of the two ranges on either side of the pivot should be checked next. 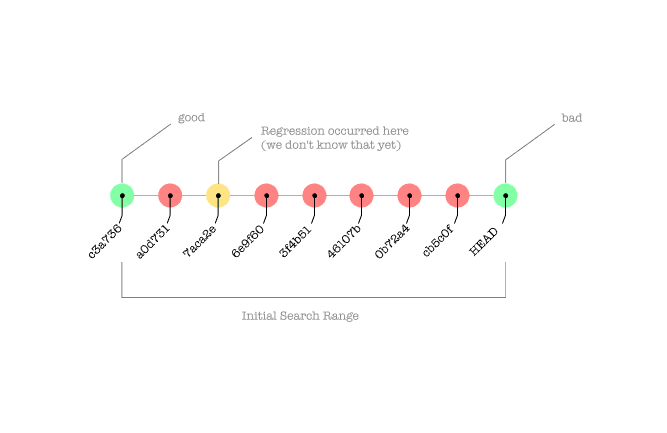 In the diagram above, you can see that we have a known "good" commit, a known "bad" commit (usually this is HEAD, as the regression presumably exists at the current head of the master branch, otherwise you probably wouldn't need to fix it [5]), and some unknown point where the regression was introduced.

There are really only four commands you need to know to use git bisect:

You can start a bisect session with git bisect start [6]:

But, wait... git bisect start wasn't on the list of commands I said you needed to know. That's because if you run one of the other commands, git will offer to start the process for you:

Once you have marked both a "good" and "bad" commit, git bisect will check out a commit near the middle of the range and prompt you to test this commit for the presence of the regression:

As you can see, git bisect tells you how many commits are in the range, and about how many manual tests you're going to have to perform to find the regression.

Going back to the output, we see that the next commit to be tested is f2fd95, but this wasn't on our chart. How can this be the case? The reason this happens is that git bisect will automatically look through the commits in merged branches: 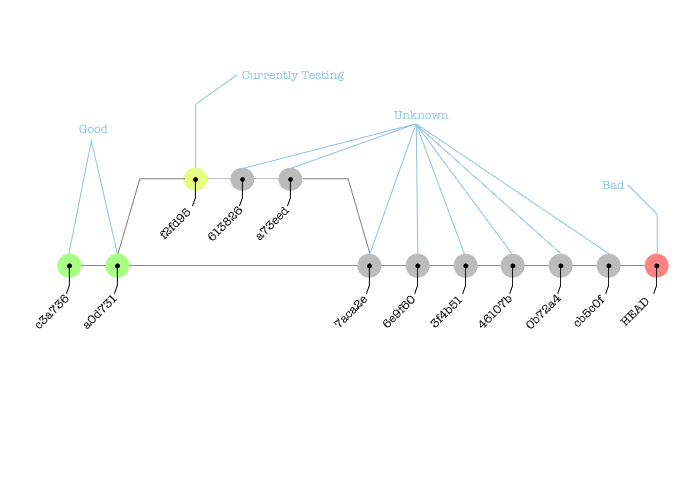 As you keep repeating this process, eventually you will reach a point where all of the commits are either marked or skipped: 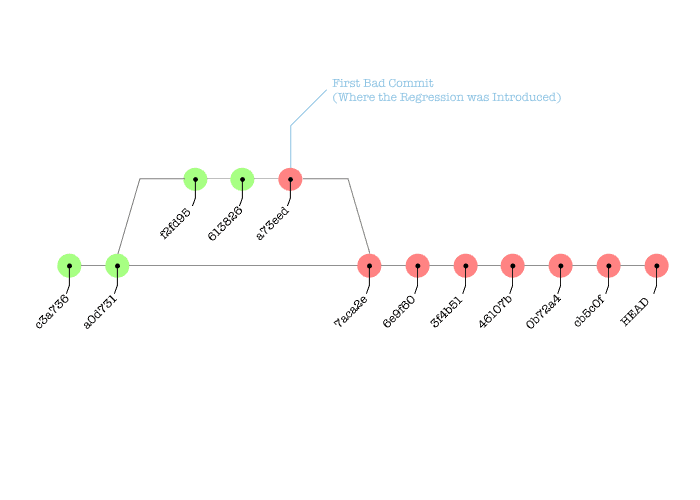 git bisect will report the first commit that contains the regression in a manner like so:

Now, you can use git diff a73eed..a73eed^ to see all of the changes in the commit and (hopefully) determine the source of the regression! [8]

From time to time, you get into a situation where the bisect didn't work properly, or you screwed up along the way without realizing it. If this happens, use git bisect reset. This will terminate the bisect process, and check out the last revision you had checked out before you started git bisect.

If you accidentally mark a commit as "bad" when it should have been "good" (or vice versa), it's kind of wonky to get back to the state where you want to be. You can't just check out that commit and then set it to whatever you want (git will report Commit XXXXXXX is both good and bad). What you need to do is output the log to a file, change the one you need to change, and then replay the log back using git bisect.

There is one other feature of git bisect I find useful from time to time: the ability to automate the testing process, namely git bisect run [9]:

Of course, you need to write this script, but it is useful if you can automate the testing process. In other words, if the regression is that the source code won't compile, the unit tests don't pass, or some other thing that's easily determinable by a script, you can have this script do the thing in question, and then return with an exit code of 0 if the test passed (i.e. no regression was present in this revision) or any number in the range 1-127, excluding 125, if the test failed (i.e. the regression was present in this revision). The special value 125 is only returned if the test can't be run (i.e. the equivalent of git bisect skip).

git bisect is a tool that you can use to track down regressions in your code. Remember:

You can learn more about git bisect (it has many other cool things, like the ability to change the terms for a bisect session from "good" and "bad" to anything you want - like present and missing, for feature determination) from the git bisect documentation page. It's actually very readable documentation, and I highly recommend giving it at least a cursory glance.

My biggest recommendation in learning how to use git bisect effectively, though, is to do it. When you've identified a problem that you think can be solved with git bisect, try to solve it using that tool! This will teach you much about the tool. If you have any questions, I'm always open to answering them in the comments below, on slack/IRC as jwir3, or via email at jaywir3@gmail.com.

Oops, made a mistake? here is how to reverse your git commits

Once unpublished, this post will become invisible to the public and only accessible to Scott Johnson.