I was reading this reddit's thread and this comment caught my interest:-

Chrome and Firefox also consider "*.localhost" as secure so you can develop multiple websites with different service workers. They automatically resolve to "localhost" so it's very handy.

I didn't know this and after trying myself on Firefox, that's turn out to be true. I checked my /etc/hosts to make sure I didn't have the name defined that and also checked via host command and dig as well. Both returned domain not found result.

So it pretty sure coming from Firefox itself. Firefox also has this pretty handy dns lookup tools (accessible via about:networking#dns):- 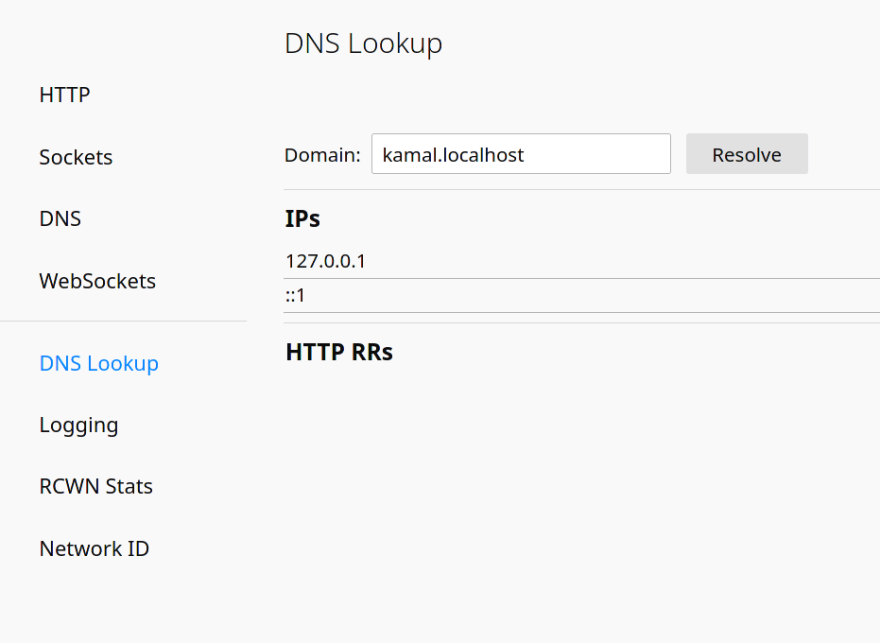 I can't find much information about this so why not just look directly in the source code? After some googling, I guess the networking portion for Firefox is under the directory called netwerk and made my educated guess that the code could be in nsHostResolver.cpp. Then using browser's Find on page for "localhost", voila! The code looks like this:-

Once suspended, k4ml will not be able to comment or publish posts until their suspension is removed.

Once unsuspended, k4ml will be able to comment and publish posts again.

Once unpublished, all posts by k4ml will become hidden and only accessible to themselves.

If k4ml is not suspended, they can still re-publish their posts from their dashboard.

Once unpublished, this post will become invisible to the public and only accessible to Kamal Mustafa.

Thanks for keeping DEV Community 👩‍💻👨‍💻 safe. Here is what you can do to flag k4ml:

Unflagging k4ml will restore default visibility to their posts.