You can also read this post on my blog: blog.kamilbugno.com

Have you ever wondered what DI has to do with sushi, why DI is important and how to achieve it in .NET Core? If yes, this article is for you!

I love sushi. Dipping into soy sauce with a bit of Wasabi paste make sushi delicious 🍽 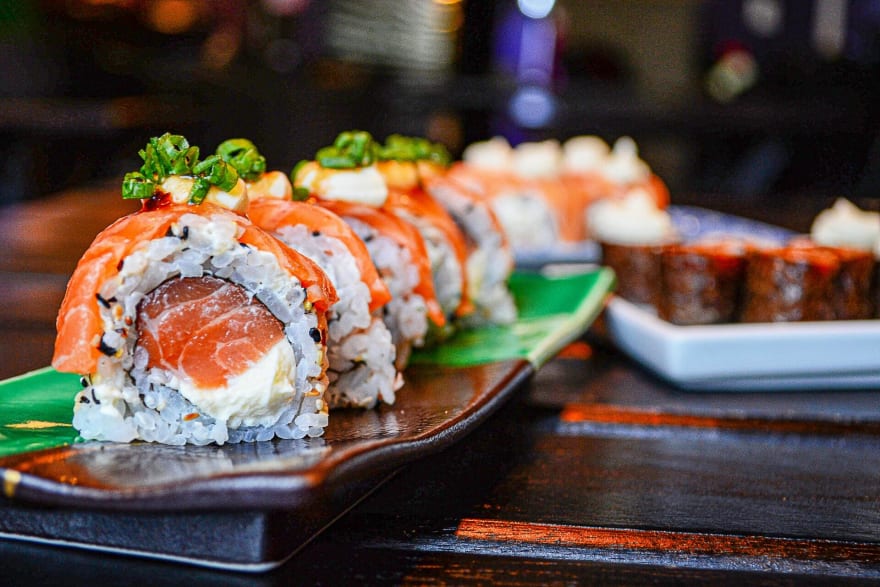 But what does this have to do with DI?

Let's assume, that I want to prepare sushi on my own. Doing it in C# (haha) might look something like this:

Why is it not a good idea to prepare sushi without DI?

It can seem correctly, but there are several drawbacks of this solution. For example, the above code assumes, that we can use only one, specific pot. Despite the fact, that in my cupboard there are a lot of pots and all of them can be used to boil something, I don't have sufficient freedom to choose them. What is more, if I have already boiled rice (because I prepared too much for a previous meal), I cannot use it for my sushi - sushi method requires to prepare new rice. Analogous situation is for ingredients, I can have multiple seaweed sheets or smoked salmons (one in the fridge, another in the freezer, etc.), but I am able to use only one of them no matter how many times and when I will be making sushi. As you can see, it is not the best way of preparing sushi.

Sushi with DI is delicious

Don't worry, you don't have to be hungry - we can simply refactor our solution and with the power of dependency injection prepare delicious sushi.

The first step is to create abstraction that is responsible for certain steps of preparing sushi.

As a result, our sushi is not dependent on the exact source of salmon or pot instance. It uses repositories to retrieve the desired objects without knowing about the details. From the SushiService perspective it doesn't matter what exact pot we use and how to obtain it - from now on these considerations belong to IPotRepository.

We can also modify the way of getting boiled rice. Since we use only boiled rice, we can create another piece of abstraction, that is responsible for providing SushiService with boiled rice:

So, we don't have to worry about the process of boiling our rice and what piece of equipment we need to use for boiling. All of it is done by IRiceService. The advantage of this solution is the fact, that we can reuse our IRiceService in different situations. You don't have to write the same piece of code every time when you want to use boiled rice:

Instead, you can simply call GetBoiledRice from IRiceService. Thanks to this, when the method of preparing boiled rice change, you will modify only one place - RiceService.

It is also good to know that next benefit of using DI is the testability aspect. Let's imagine that ISalmonRepository sends HTTP request to order salmon online and it will be shipped to your house. It will be a waste of money to buy salmon each time when you want to check if your method of preparing sushi works. For example, you can ASSUME that you have the salmon and use this assumption when you verify other steps. This is the way how we can do it in C# for all dependencies:

The last step that is required to complete the process is to inject the dependencies. In .NET Core there is a built-in container that help you to use DI. In Startup class there is ConfigureServices method that you can use to specify the dependencies:

.NET Core provides you with the option to control the lifetime of injected services. There are three types to choose from:

To sum up, using DI is extremely useful because it makes your code more readable, testable, and flexible. As you can see, it is not hard to write a piece of code that use the power of dependency injection. I might even risk saying that it's easier to implement it in C# than making real sushi yourself.

Getting Started with the Angular Calendar Component

Once suspended, kamilbugnokrk will not be able to comment or publish posts until their suspension is removed.

Once unsuspended, kamilbugnokrk will be able to comment and publish posts again.

Once unpublished, all posts by kamilbugnokrk will become hidden and only accessible to themselves.

If kamilbugnokrk is not suspended, they can still re-publish their posts from their dashboard.

Once unpublished, this post will become invisible to the public and only accessible to Kamil Bugno.

Thanks for keeping DEV Community 👩‍💻👨‍💻 safe. Here is what you can do to flag kamilbugnokrk:

Unflagging kamilbugnokrk will restore default visibility to their posts.