Imagine this, you get to travel the world, you get to drink authentic Colombian coffee in Cartagena and swim in the beautiful waters of Aruba. And you get paid to do it. Sounds like the dream job, right?

That was my job.

My job was spent at 36,000 feet, way up past the clouds. I met some of the most fantastic people and traveled to wherever my heart desired. Yet I always knew, this was not it for me. I wanted to create, build, teach, learn. But where was I going? What was I going to do?

I started as a flight attendant back in April of 2012. It was my dream job for years, but that itch to learn something new, create something beautiful, teach someone else was always there. And while the idea of moving on was hard to grasp, I was zealous in finding my next calling in life. 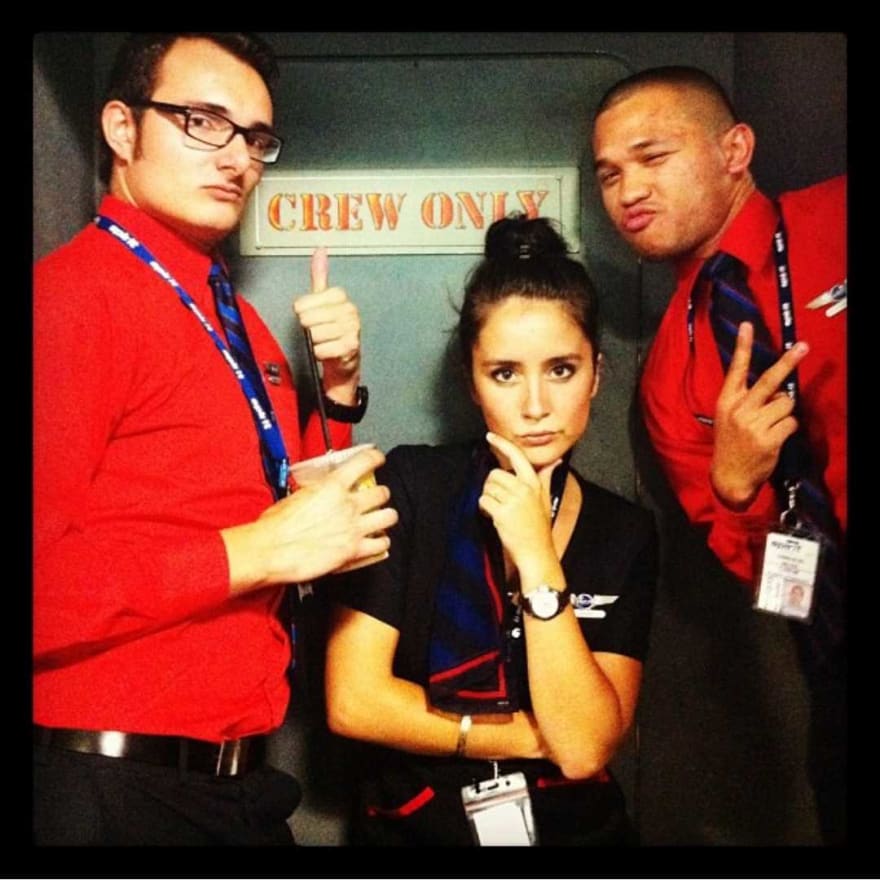 I found it when I stumbled upon a coding bootcamp in 2015. They claimed, “Change careers, learn new skills, become a web developer.” Hmm, let’s see what the fuss is all about.

For years I struggled with the idea of leaving my job as a flight attendant. After months of going back and forth, I finally decided I needed to take that leap of faith. I started my bootcamp in the fall of 2017. Was this going to be worth it? Would I spend all this money and be able to get a job afterwards?

I attended DevMountain, a coding bootcamp located in the foothills of the beautiful Wasatch Mountains in Provo, Utah. They gave me a giant stack of pre-course work, books to read, things to install on my computer, and video tutorials to watch. Even with all that pre-course work, nothing could prepare me for the fire-hose amount of information I got while attending the bootcamp.

My program was twelve weeks long with a week-long break in the middle. We focused on ReactJS, Node.js, Git/Github, PostgreSQL, Postman, a little bit of Angular, and some end-point/unit testing. This stack left me overwhelmed. After every long 10 hour day, I’d return to sleep, my mind spinning, only to wake up and start it all over again. Had I made the right choice?

We built two projects. One was a personal project where I built a portfolio for a local photographer. I incorporated authentication using Auth0 (we’ll come back to Auth0 later!), Stripe for easy payment processing, and npm packages for simple modals. It was my first project, it was my own, I was ecstatic! My second project was a group project where we created a scheduling app. Both projects were full-stack, used Auth0 authentication, and used a database.

While the bootcamp was overwhelming on a daily basis, it was very reassuring that I was making real projects. I was building, I was creating, this was fun!

During my bootcamp, I always had in the back of my mind, “Am I going to find a job once I’m done with this?” My coding bootcamp gave a lot of support in the Utah area for jobs, but in Las Vegas, where I live, there was minimal support.

I reached out to a mentor at my school and he recommended attending meetups in the Las Vegas area. He also gave me some names of Las Vegas developers that he knew of from Twitter. 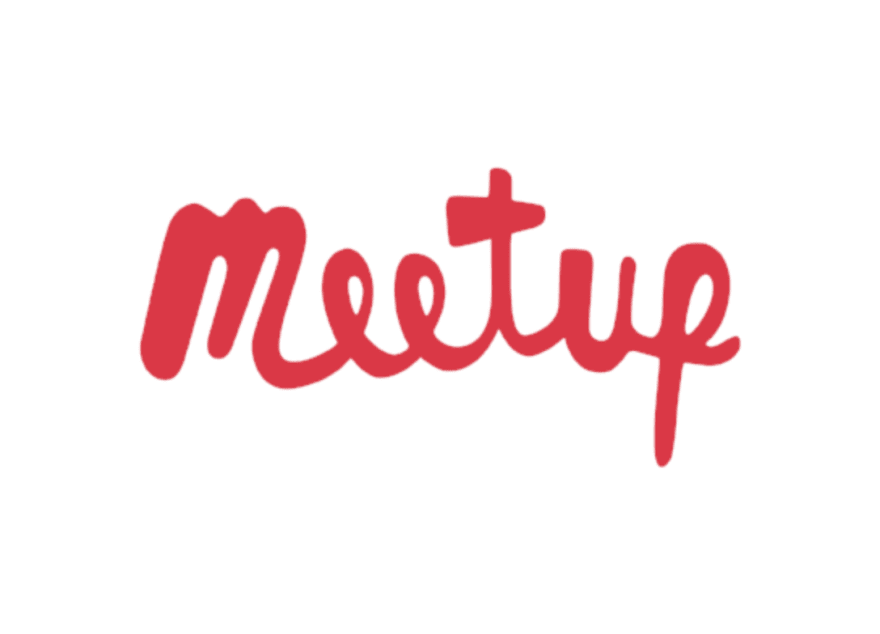 The combination of those two things propelled me into the dev community in the Las Vegas area. I attended a meetup where developers would present their current projects. I wanted to show off my very first project. So I did! After I had presented, I had people approaching me asking me about my project, the technologies I had used, and how I got into dev. Whoa.

A month later, I decided to present my group project. I was approached again by a handful of people. Whoa.

It was the meetup in December that an individual stood up and said, “I don’t have a project to present, but my company is looking for developers. Any skill level, any language.” Whoa.

I introduced myself to him, we exchanged email addresses, and within a couple of days, I was contacted about setting up an interview.

The interview process was relaxed but extremely technical. Fortunately, my bootcamp had prepared me for this. I was ready.

I was offered the job.

Life as a Junior Software Developer

Something I learned very quickly about web development is that the coding bootcamp aggressive learning approach doesn’t end there. I continued to have an overwhelming amount of information thrown at me. I was determined, I asked questions, I figured things out, I worked on a software development team. Pinch me!

My first dev job taught me a lot. Some of those include:

I was lucky: I landed a job working with a team that was patient and kind, but pushed me to be greater. That team taught me more about web development than I could have imagined. It wasn’t just a school project that I could show off to my family and friends: this was code being pushed to real users, real people were going to be clicking that button a thousand times; the issues we had to debug were real.

I wanted to teach others how to code. I wanted a job where I could use my knowledge and pass it on to another individual to help them succeed. I found dev blogs.

Scotch.io, run by local Las Vegan Chris Sevilleja, is where my very first-ever blog post was published. I wrote about the (new at the time) React Context API. This felt great. I was creating, building, teaching. I had found my niche! 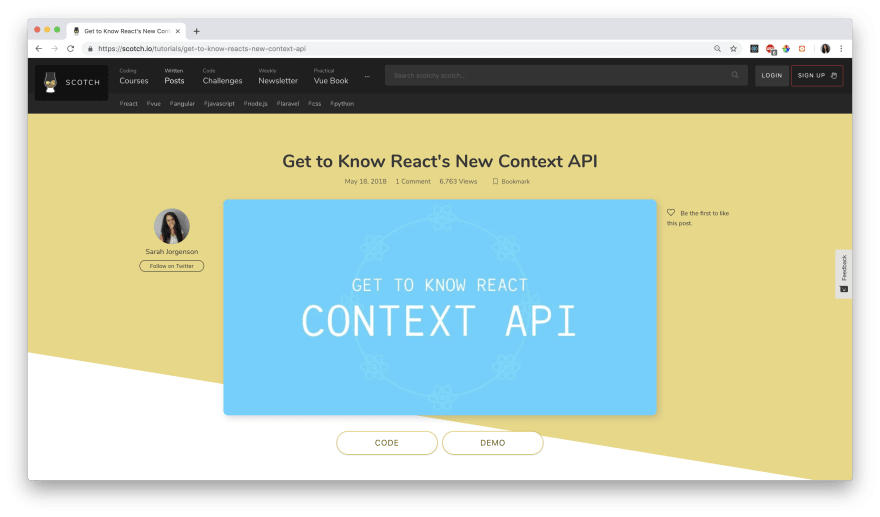 It was then that a friend of mine recommended writing for the Auth0 blog so I started looking more into it.

My first article with Auth0 was on EmberJS. A framework I had never used before. I worked any second I had after work on this article and learning every inch of EmberJS that I could. My sleep was minimal during that time, but I knew that it would all be worth it.

After weeks of learning, writing, editing, my EmberJS article went live. This was my new pride and joy. I looked at it, over and over. Was this real? Did I really have an article published on Auth0’s blog?! I had been building applications with Auth0 from the beginning of my learning, so to be there, on their list of articles. Dreams do come true. 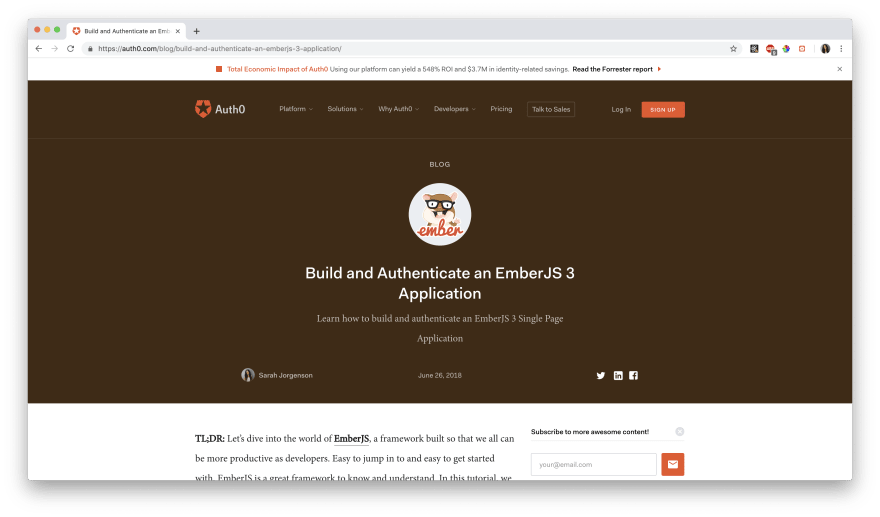 I was soon offered a job with Auth0. Saying goodbye to my first dev job was bittersweet but my team cheered me on.

Is it real? Did I just write those words? You mean to tell me that I get to learn things and then write it up in a technical blog in order to teach others about code? Pinch me.

I have been with the Auth0 family since September of 2018. The individuals on my team are incredible, always willing to help, always willing to guide me towards success. I have continued learning at fire-hose speeds when it comes to web development, but now I get to write about it. I get to help others succeed in their coding dreams. 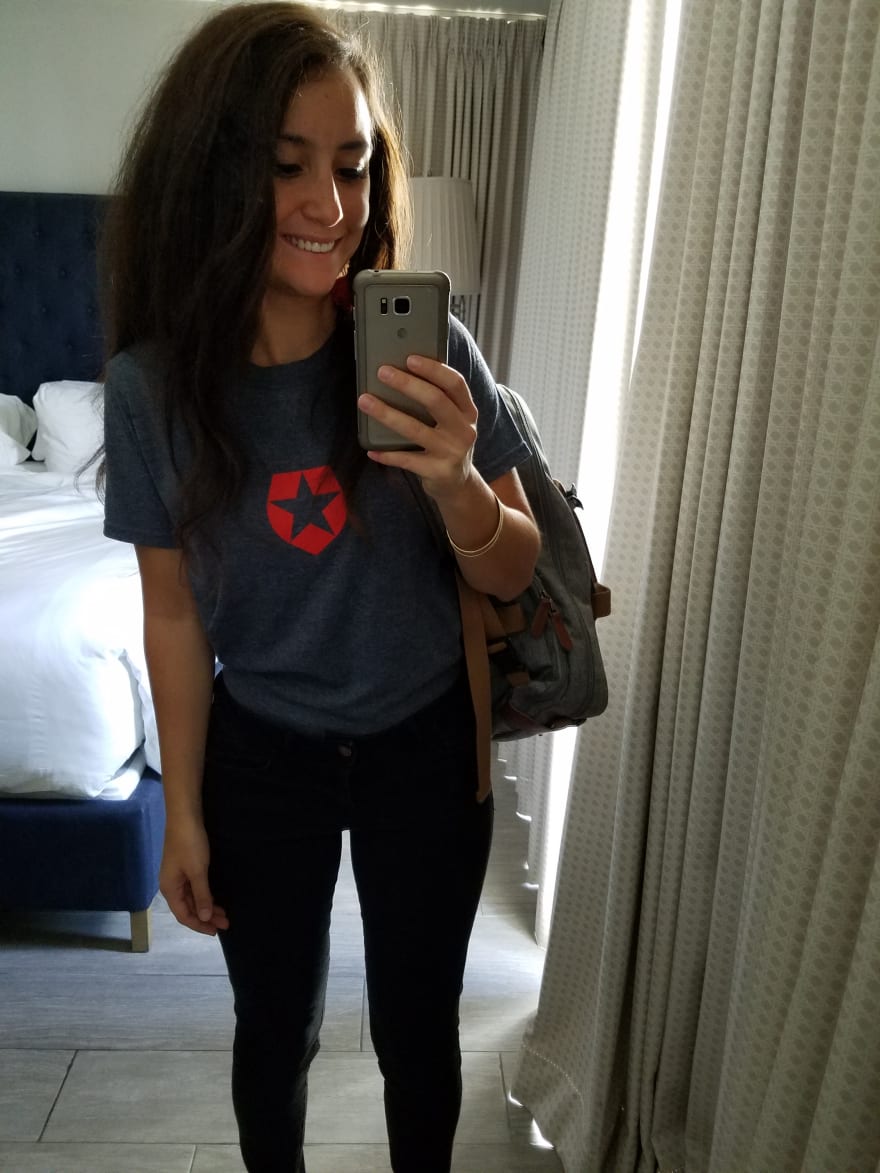 Working for a remote company, you might think the team would be unavailable or hard to reach. Not at Auth0. They have the remote work life down to a science There is such a sense of camaraderie and passion, it works.

Was It All Worth It?

Yes, yes it was. I have no regrets, I love where I see myself going in the future, and I’m glad I took that nerve-racking first step into the dev world back in 2017.

The dev community is amazing. I’m so glad to be a part of it.

How to Get Involved

I continue working alongside with my friend, Chris Sevilleja, the founder of scotch.io, and we host a meetup called CODE Hearted and lead workshops in the Las Vegas area. 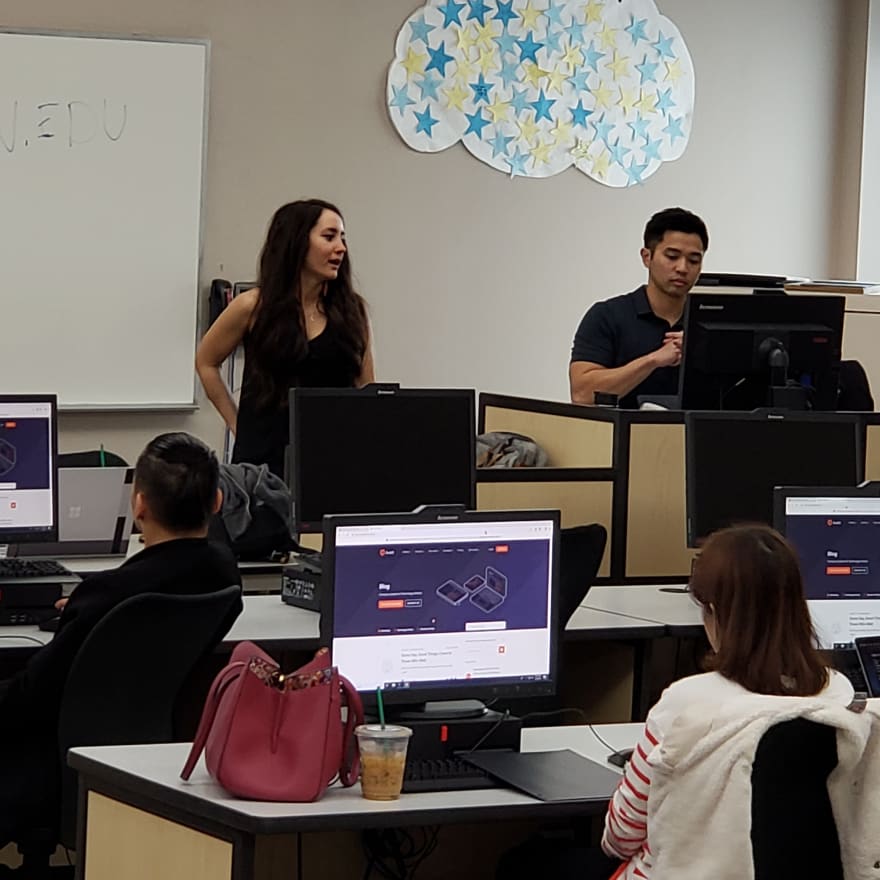 Teaching others about code is a passion of mine. I still have so much to learn, but I’m working hard. Don’t give up, it can seem overwhelming a lot of times, but the reward will be worth it.

Attend meetups, mentor one another, cheer each other on.

You can find me at:

Some of my work:

Global State in Gatsby, or Having and Eating Your Cake, Too

Kapehe
I am passionate about spreading the word about code!
Pitch me on C++
#cpp #discuss #pitchme
How to tell a Junior Dev that what they've done is wrong?
#career #discuss #help
I finally completed my portfolio
#beginners #career #codenewbie #programming