As a backend developers, we know that frameworks are very important in our day-to-day software development. Choosing the right framework for your projects in 2021 is also an essential skill as your project may grow and as increases demand.

In as much as there are numerous frameworks used by different developers across the world, there are only a handful of these backend frameworks that remain formidable and have the ability to deploy a large and scalable application.

In this article, I will look at the top five backend frameworks to give you an insight into what you can start learning in 2021.

Laravel is a PHP MVC framework for web artisans. 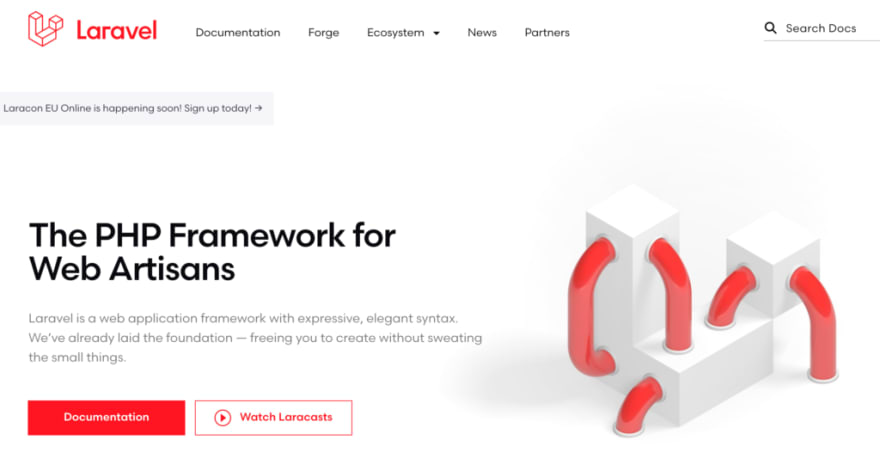 It’s a web application framework with a beautiful and elegant syntax. It is also an open-source framework for building simple to complex web applications following the MVC architectural pattern.

PHP powers over 79.1% percent of all websites across the internet. Laravel is one of the most popular frameworks of PHP, this makes Laravel to stand out as a framework to learn in 2021. Laravel provides easy development, enjoyable, and good software development practices. It also takes away pains in software development by providing a different abstraction to popular development tasks such as:

Laravel provides a simple and straightforward routing engine to ease the development process of a developer.

Laravel provides a powerful dependency injection container that allows developers to plug in any Service, Class, and module.

Laravel provides easy to navigate session and cache engines with different popular cache and session engines supported out of the box.

This is one of the most powerful features of Laravel, Eloquent takes away the pain of manually handling database away and provides an easy to use ORM. Check out the complete guide on Laravel relationships to give you a clear picture of how Laravel handles database operations easily.

With Laravel’s Schema, you don’t need to write a single SQL to create a database schema/table because Laravel handles all that out of the box.

Django is a high-level python web framework that is built with Speed, Security, and Scalability at its core. 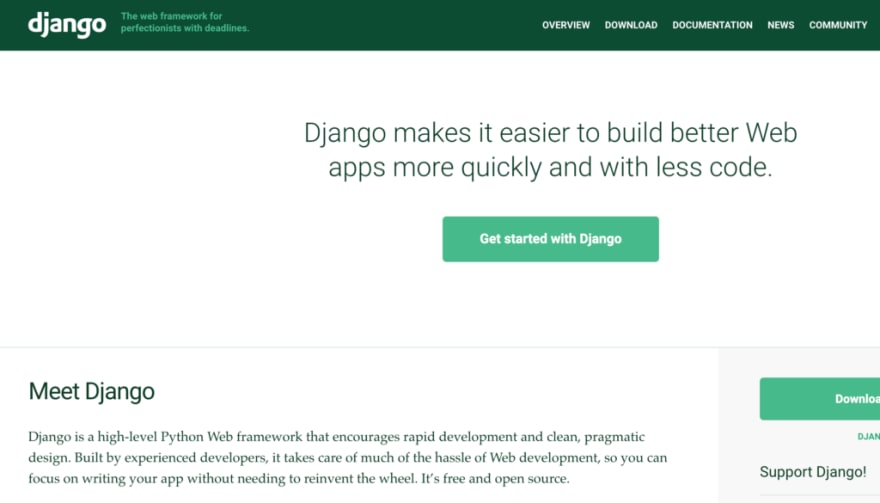 It also encourages RAD (Rapid Application Development ) using clean, pragmatic software design. Built by more experienced developers to facilitate the application development process by taking away plenty of web development hassles. When building larger projects with Django it allows you to harness the full power of the framework. Django has many sweet features that make it stand out from other frameworks, read on for more!

Django framework is built with speed in mind, developers can build complex and large applications in no time.

Security is primary in Django as it helps developers to avoid some securities pitfalls.

Scalability is primary in the framework making it easy for web applications to scale efficiently. 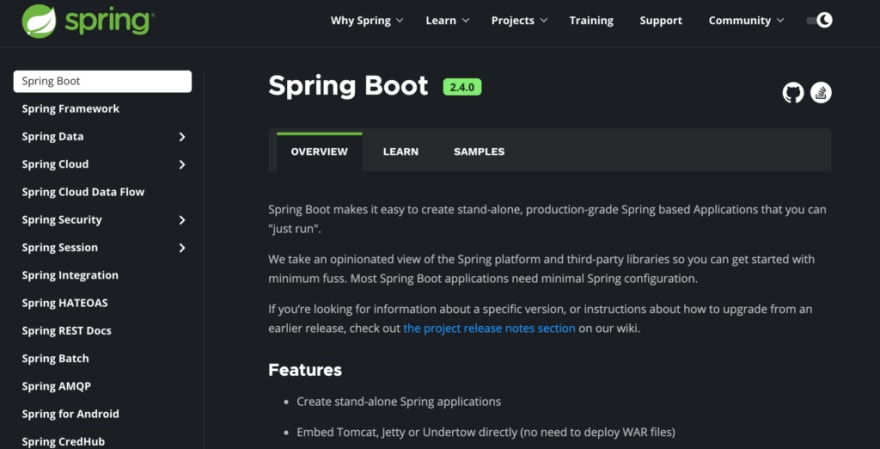 The Java Spring Boot has many great features that allow developers to write clean, and elegant Java codes, such as:

ROR (Ruby on Rails) is a new member of our top 5 backend frameworks family. Recently there has been a major rise in the Ruby community. It is currently the 3rd most used server-side language on all websites according to W3Techs. 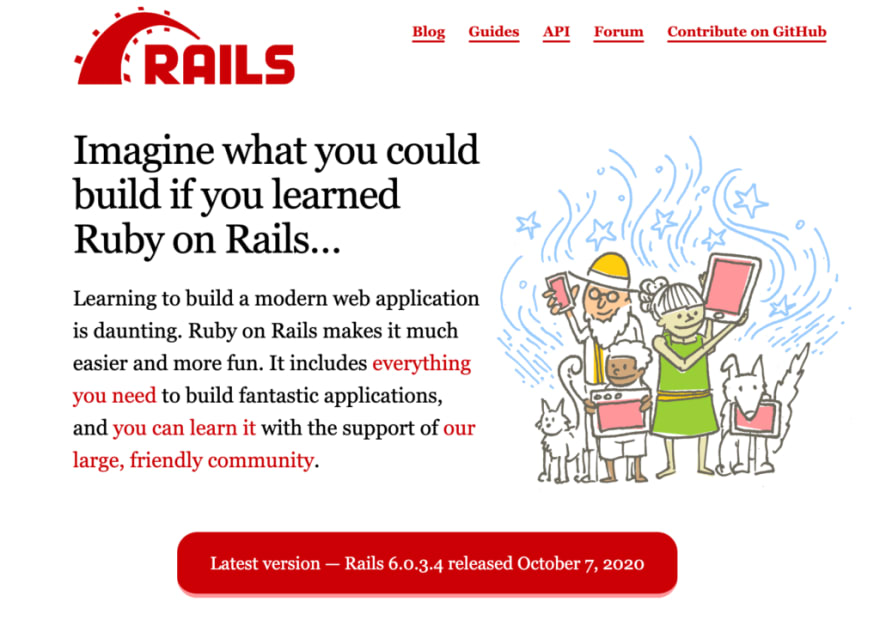 There are many features that make Ruby on Rails stands out from other frameworks such as:

According to the StackOverflow 2020 Survey, JavaScript is the most popular language with about 67.7% of respondents that including the Frontend and Backend parts of JavaScript. 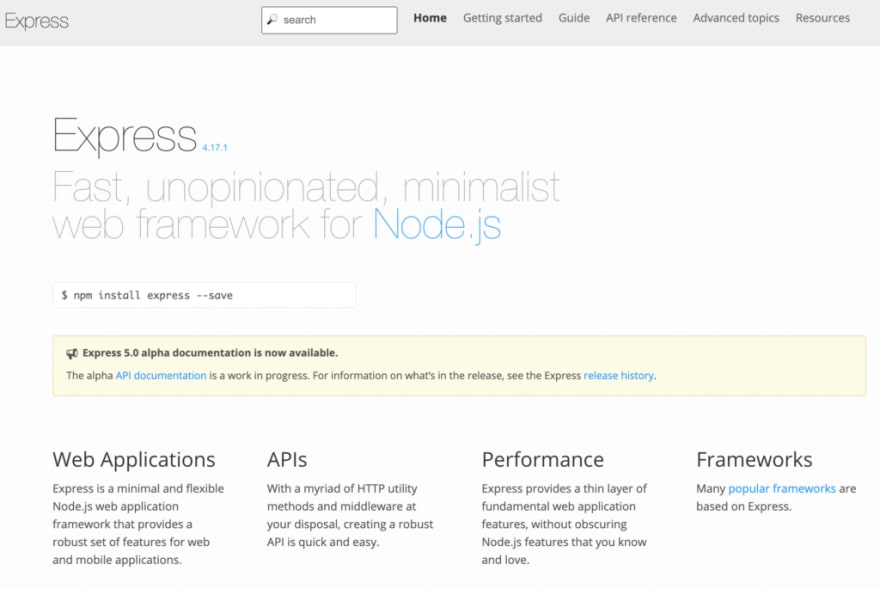 But according to W3Techs, Server-side (Backend) JavaScript currently powers only about 1.1% of all websites. The JavaScript community is gaining this popularity on the Server Side with Node.js. Expressjs a go-to framework when using Node.js for Backend development. Express is a fast, unopinionated, and minimalist JavaScript framework for Node.js. It’s a flexible Nodejs web framework for building a robust set of features in web and mobile applications with Node.js.

Expressjs has great features that can speed up your development process with Node.js such as:

For reading this long, I have a reward for you. Below is a list of 5 backend frameworks also worth checking out in 2021

In this article, we covered the top five backend frameworks of 2021 and the different features that make them stand out. Choosing a particular framework for your project will solely depend on the type of project you are undertaking, as well as the programming language and team strength. It is most likely that you’re familiar with JavaScript already as a beginner so I will encourage you to delve into Expressjs immediately, in my opinion.

Furthermore, if you’re coming from a PHP or OOP background and you’re looking at learning a framework, start with Laravel immediately. Learning Laravel or Express may be easy to get a job and start making money while you learn others as needed. After learning the above frameworks, you can decide to choose anyone from the list and further as it is required.

It’s time backend developers got the ‘visual treatment’ too.