react-query is a hooks for fetching, caching and updating asynchronous data in react.

react-query makes things easier that we're facing while fetching the data from the server.It can handle REST,graphQL or any sort of API request.

--> Auto-Caching : If a API end point is initiated for the first time react-query will cache the request so when you initiate the same API now the API will be blinking fast .

--> Windows Refocusing: Whenever the new focus is made to the application window the api will be called to ensure the data is up to date!.
But wait each time making a API request will it takes delay ??? answer is strictly no the second time it's loaded using the cache

seems cool??? it has many more cool stuff's

The major term to be known before using the react-query is useQuery. It is the hook which is used to make an API request .
const { status, data, error } = useQuery('todos', fetchTodoList)
this is the way to use useQuery

'todos' : the unique identifier(queryKey) for the query it's the thing used to differentiate between multiple quries,used to update things in the query.
fetchTodoList : it is the function where the API call can be done .
const fetchTodoList=()=>return new Promise(//_fetch/axios call here_)
status : it holds the status of API (success,loading)
data : the data that API returns
error: returns if any error occurs in the API

Majority of the operations of the performed in react-query is done using queryCache.

useMutation is used to perform the operations in the server like add,edit,delete

we'll see the practical use of each in the following example

!!Note : I recommend to open the codesandebox in a new window and check the network tab to see the API call's 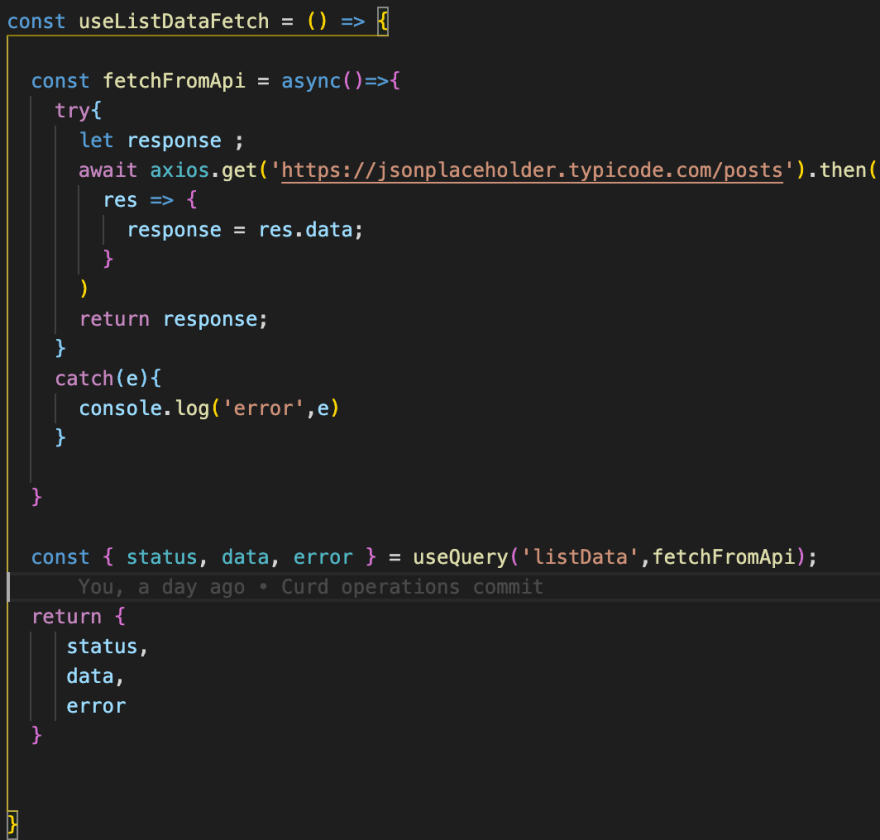 const { status, data,error } = useListDataFetch();
this custom hooks has the details returned by the api in data. If you check the network tab you can see the fetch happing on every time a new focus is set to the application .

Edit functionality has some more things to see 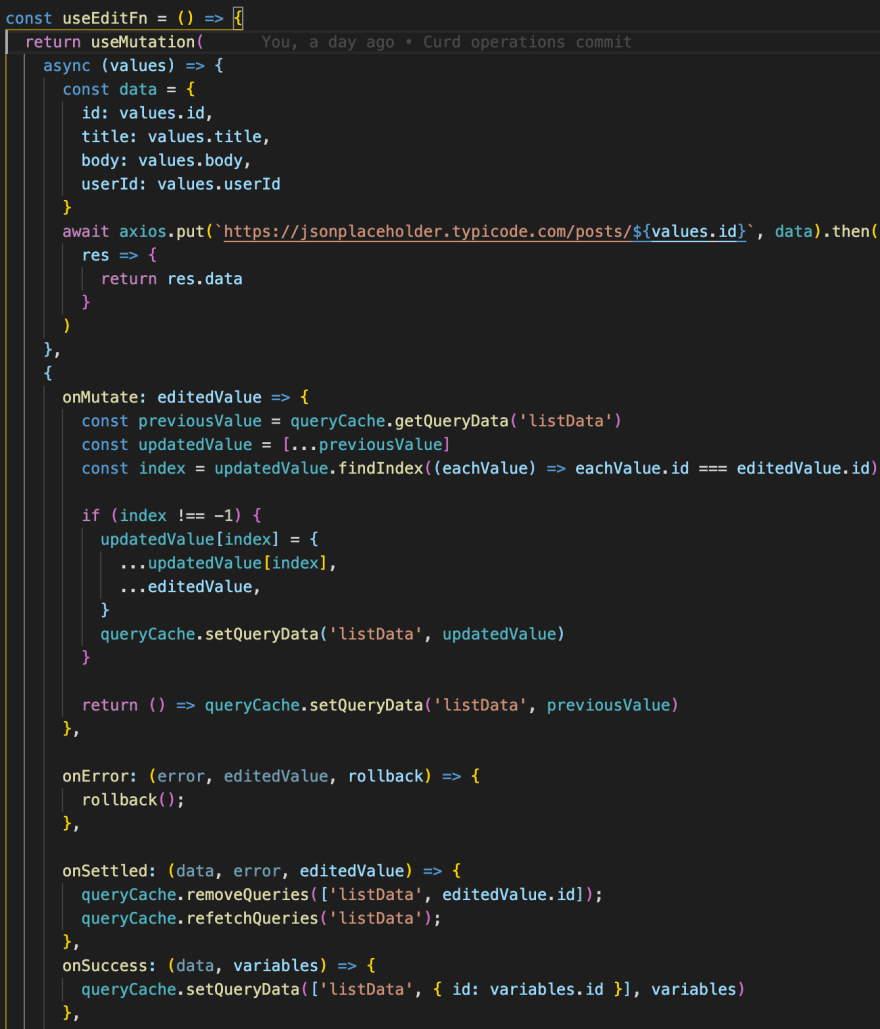 onMutate : it is the things that executes before the API call success.
Specially for reactivity kind of things.
onError : executes if any error occurs in the API.
onSettled/onSuccess : executes after the API call is success.

queryCache.refetchQueries('listData') : it's used to refetch the query to ensure UI has updated data . Usually better to use after edit/add/delete

!!Note : Edited things will be restored after the API call success because it's just a fake API to show you how things actually works

Delete is similar to the edit with only one minimal change 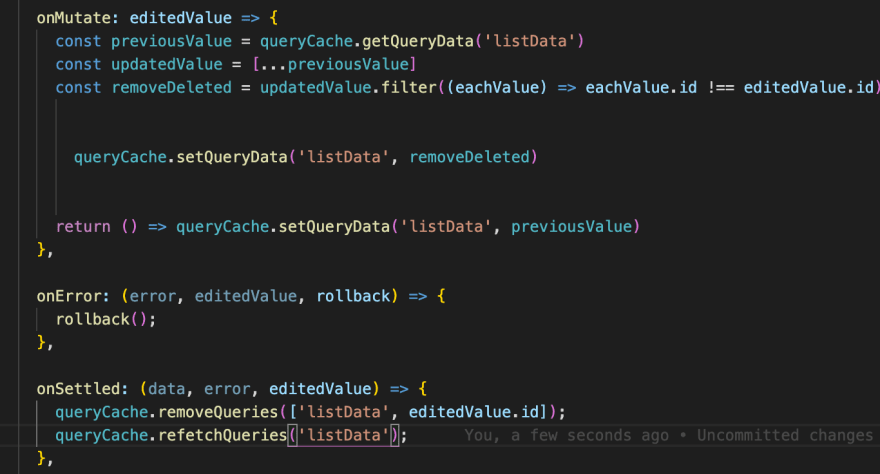 Hope you got a some things know about react-query . It's such a nice and useful package to use with zero dependencies . Definitely you can try react-query in your appplication

You can get the code also here

Thanks for your time !!
See you all then
Happy Coding stay safe!

What Should We Play? - A DO Hackathon Submission