Nowadays, software systems are complex and interconnected with numerous subsystems. Whether the subsystem is the same or different from the main system, within or outside the organization, subsystem failures can cause adverse effects throughout the entire system. This is a major risk and can be avoided by end-to-end testing. 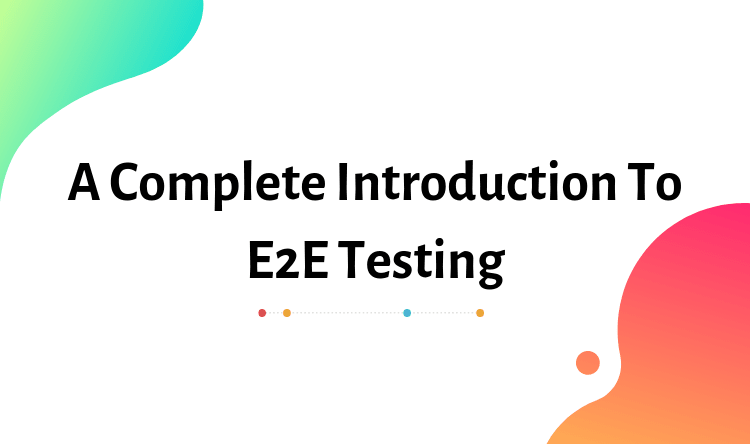 What is E2E Testing?

End-to-end (E2E) testing is a technique that tests the entire software product from beginning to end to ensure the application flow behaves as expected. In other words, it helps define the product system dependencies and ensures all integrated pieces work together as expected. Eventually, the main purpose of this testing type is to test from the end user’s experience by simulating the real user scenario and validating the system under test and its components for integration and data integrity.

End-to-end testing has been more reliable and widely adopted because of these following benefits:

When to Apply E2E Testing

E2E testing is regularly conducted on finished products and systems, making each review a test of the completed system. A second test will take place if the system does not output what is expected or if a problem is found. In this case, the team will have to record and analyze the data to determine the issue’s origin; then fix and re-test them.

To help you better understand the scenario to apply end-to-end testing, here’s an example:

Before testing, designers and developers create a list of which UI, functions or features that need to be performed. Data flow should be tracked between systems to find dependencies, flaws, and inaccuracies. Teams also have to prepare the conditions – factors that may change any interface options – before testing.

This method refers to testing in layers, meaning that tests happen in sequential, hierarchical order. To ensure quality, each component of a system or product is tested from start to finish. Vertical testing is often used to test critical components of a complex computing system which does not typically involve users or interfaces.

Some of the many metrics used for E2E testing are:

In this competitive market, the end-user can be very choosy, and E2E testing is one of the most effective ways to ensure end-user application performance. So, keep in mind that it’s necessary to perform E2E testing of applications to provide a good user experience.

Protractor is officially being sunset

Ruby blocks made easy, part I, methods and procs