This is the final post of "Object Merging in Rego" series.

If you are not comfortable with Rego yet, I'd recommend you read the previous posts before continuing.

When the keys collide with the merging objects, let's say the latter object's value wins. With that in mind, in order to merge objects, we need to:

If we're merging these 2 objects, what we first want is the keys a, b, c. How can we gather these? With Set comprehensions.

This is how it will look like in Rego:

Maybe it looks a bit difficult for beginners but you'll get used to it sooner or later.

Let's look at one part of it:

You can check this out in the following playground:

Now that we have the keys of the final merged object, we need to gather the values of the 2 objects. What we'd want to do is:

This is where the pick_first function comes in handy from the 2nd post of this series. 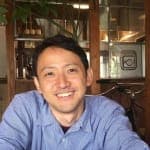 Picking the first value you find from 2 objects in Rego

Assuming that pick_first has already been declared, the following Rego function shows how 2 objects get merged.

Note that the object b comes first and object a next in the pick_first function which means that the values of object b are prioritized.

The final version of merging 2 objects in Rego looks like this (which you can find here in the official docs):

If the input is as follows:

Note that object y's key/value "b": "foo" is chosen because it is the latter object when merging.

For those who want to play around, here is the playground code: