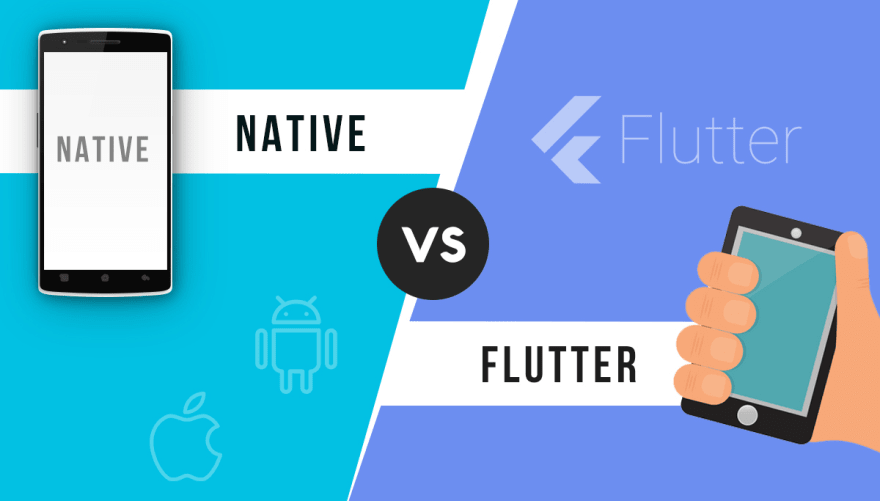 Long gone are the days when developing an app individually for iOS and Android was a prerequisite – to make it work on both platforms.

Now, however, the tables have turned dramatically!

Over the past few years, crafting a single app that would work on multiple platforms, using one single codebase, has been the trend.

Nevertheless, building cross-platform mobile applications has always been an uphill struggle for any mobile app developer. But ever since the introduction of a multitude of cross-platform frameworks, the programmer’s life has become a lot easier.

Developers no longer need to write separate codebases in different languages to simultaneously deploy an Android and iOS app. Instead, they just have to write the code once and build applications for different platforms, without putting any additional efforts.

One such framework which has acquired the interest and trust of gazillion developers is the Google-backed “Flutter”.

If you haven’t heard about it yet or the buzz surrounding it, then you’re probably living under a rock!

Let’s talk about it in detail!

Just like any other framework, Flutter has its unique set of pros and cons. Let’s cover its strong points first.

Guide to Build your First App with Flutter

Despite having countless advantages, there are several downsides of using Flutter for mobile app development. Some of them are mentioned below:

There’s no denying that native development is beyond comparison, but one of its biggest downsides is its higher cost. In addition, it requires the most specific developer skills (detailed knowledge of Objective C / Swift, Java, C# plus a proper understanding of IDEs & APIs). To implement native development, you’ll either need to hire someone with these particular areas of expertise or make your developers learn these skills over a period of time.

Remember, these skills may vary from developer to developer and from platform to platform, which means you’ll have to hire different mobile app developers for each of your platform, i.e., Windows, iOS, and Android. This may cost you a ton of money. If cost is not an issue for you, look nowhere else; but if it is, then switch to a less expensive option – Flutter. While native apps offer the best end user experience, Flutter apps are not far behind. They look and feel like native apps and still offer a compelling user experience, if not quite as good.

Flutter is super easy to get started with (it just requires the knowledge of Dart), arguably easier than its native counterpart. It’s undoubtedly the best way to craft high-quality native as well as cross-platform interfaces on iOS and Android. Flutter apps feel native with less complexity, have a low barrier to entry, are cheapest to develop, and render exact native app experience. Furthermore, there’s no need to implement and maintain multiple codebases; you can use single code across Android, iOS, Windows, and other platforms. All in all, Flutter’s unique features and stable nature make it a serious competitor to native development; however, it’s not fully developed yet to do any harm to or replace Native or other frameworks.

Both Native and Flutter are outstanding frameworks for building attention-grabbing and robust mobile applications. Choosing between the two comes down to your personal preference and the amount of money you’re willing to spend.

If you’re seeking a reliable mobile app development company in India that could help you get started with Flutter, then look no further than Debut Infotech. For a free consultation, call at 1-703-537-5009 or drop a line at info@debutinfotech.com.

The secret that the fonts industry doesn't want you to know

Finally the story of CSS's most unsung hero

Why Flutter is Important in 2020

Should I learn Flutter or React Native?

Flutter Vs Ionic : Choose Best For Your Mobile App

Trending on DEV
Explain IoC Container like I'm Five
#explainlikeimfive #oop #csharp #help
Celebrating 10K+ Followers 🎉🙌 Thank you DEV and everyone! 👋
#webdev #tutorial #productivity #opensource
Git Rebase Explained and (eventually) Illustrated
#git #beginners #tutorial #productivity
My full stack blog based portfolio site
#portfolio #career #beginners #webdev
What was your win this week?
#discuss #weeklyretro
system monitoring and the three bears
#discuss #sysadmin #perfmon
I had to build my own Markdown Editor because no tool was fast enough for me.
#productivity #opensource #showdev #javascript
This is how I evaluate my potential employer (it works 99%)
#career #motivation #productivity