The following is written basically as a blog post of everything that it took to get to V2. If you would rather skip ahead and just see the high level changelog, click here

Proton Native was started two years ago when I was using React Native for mobile apps, but wanted to write desktop apps. There was no tool available at the time, so I decided to create my own. It is supposed to allow you to write React code for desktop apps, without the need for Electron. There was very little documentation on working on the internals of React. react-reconciler had no documentation. The state of GUI libraries on Node.js was abysmal, so I used libui-node.

This was the best look you could do, and while the code did work and it was React, it was not similar to anything before it.

After 2 years, some of the deficiencies of V1 started coming to light, which can mainly be summarized in the following categories. All the rest of the changes stem from these problems.

The Proton Native issue tracker was being flooded with requests for more components so that people could do more with the tool. Already, the decisions I made in the beginning were starting to show their effects. I used libui-node because at the time it was the best GUI bindings for Node.js that I could find. It is based on the libui library, a fantastic effort to create native components for all platforms. Yet it is in alpha, and libui-node is slow to get updates from upstream.

I could not add more components because I was relying on an alpha library and was not in control of the bindings. I wish libui the best, but Proton Native needed a more mature library. The two major players in GUI libraries that offer good cross platform support and are very mature are Qt and wxWidgets. I chose to use Qt because of my familiarity with it, the ease of CSS styling, and the simple API.

There are no maintained Qt bindings for Node.js that I can find, and my experience with libui-node left be a bit cautious about relying on other bindings. I decided to create my own bindings, called node-qt-napi. These bindings very thin, but not meant to be entirely general purpose. Some functions are not wrapped because they are not used in Proton Native. A couple other custom functions are added to the bindings (such as image tiling) for Proton Native.

Yet this decision allowed development to be much faster because I could work with Qt itself instead of with bindings. It also meant I can mirror the components of React Native for a seamless transition to Proton Native. Once work was done, I added a general layer so that other libraries can be seamlessly added to Proton Native.

Qt will always be the main backend, and right now the wxWidgets backend has very little components, customizability, and is still experimental. It is actively being worked on to bring it up to par with Qt (although it will never support the same easy styling as Qt). To use wxWidgets, see the dedicated page, but remember that it is still experimental.

Note that I am not a lawyer.

Licensing is always an issue when developing code. Qt is licensed under LGPL, a variation on GPL. GPL by itself means that any changes must be made public. LGPL is a bit more permissive, essentially saying that if the Qt binaries can be replaced your code can be closed source. Proton Native is licensed under MIT and makes sure that it is always dynamically links with Qt, so your code is free to be closed source if you so wish.

Layout was difficult on V1 due to using libui with its own layout system. I proposed changes that would allow manual placement and resizing so that custom layout systems could be used. However, this change demanded careful thought and was not ready to be added at the time.

Qt brings its own layout system as well, but allows manual placement as a fallback. With this available, I implemented yoga-layout so that users can place components with the Flexbox system that they are accustomed to.

V1 also lacked styling, so everything was themed basically. It was fine for basic applications, but for more complex ones it made Proton Native very difficult to use. Qt supports CSS styling, so this was relatively easy to implement, and now supports almost the entire style object that React Native does.

Almost a quarter of the bugs on the issue tracker stem from installation issues with libui-node, especially on Windows. This presented a great barrier to usage. V2 uses two C++ libaries, yoga-layout and node-qt-napi. Both of these come with prebuilt binaries so that installation is seamless (you can always compile it yourself if you so want). Proton Native uses yoga-layout-prebuilt for yoga-layout and compiles binaries for NAPI versions 2, 3, and 4 supporting all modern Node.js versions on Linux, Mac and Windows.

And finally, a little treat...

To make developing with Proton Native even easier, I've implemented hot reloading with Proton Native V2. This is built into every starter application, as an optional script that you can run. It's as easy as running npm run dev instead of npm run start. Together with webpack and react-proxy, this means that changes you make in the script will be immediately reflected in what you see, without changing the state.

Installation is simple with the proton-native-cli app. 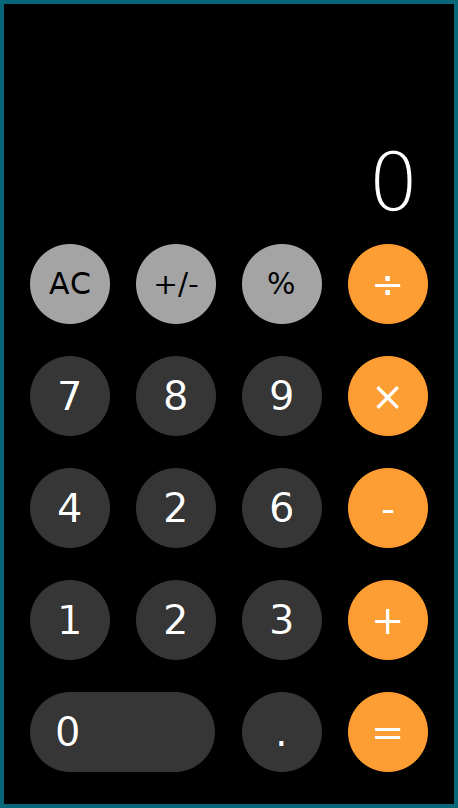 Proton Native vs. Others

Since Proton Native started, a lot of other projects have started with the same
objective. The goals of Proton Native are always to have an easy development
experience for the user, with plenty of documentation, ability to use tools
they are familiar with, and eventually be stable.

The most notable projects similar to Proton Native are react-nodegui and
react-native-desktop.

Currently, Proton Native is headed by one high school senior with not enough time. V2 took a lot longer than I would have liked it to. There is still a lot more work to be done. PRs are always welcomed and I would love to advance this project as quickly as possible.

If you don't want to contribute with code, you can also sponsor me through GitHub. However, there is no obligation on your part to sponsor.

I look forward to improving Proton Native so that there is an easy way to create apps with React on desktop. I am always open to suggestions, improvements, and anything that can be done to make this project better. With that, the following items are being planned.

Proton Native has a bright future, and I will continue to keep improving it. Thank you!