AR Foundation makes it possible to use Unity to create ARCore and ARKit apps.

Learn how to place game object to a marker.

AR Session Origin contains a camera that can be tagged as MainCamera and then the default camera can be deleted. AR Session need to be created too.

This is the point where you probably want to start doing something because all the videos below talk about these same things Dinesh explained well above.

Getting Started With ARFoundation in Unity (ARKit, ARCore)

Most of the projects contains three things to start with:

The packages and Unity is constantly changing and different versions might affect how the things work.

In the video he creates a simple app where is UI button and then it uses point clouds (the things listed above). This is great video to watch to see how UI elements work with AR content. 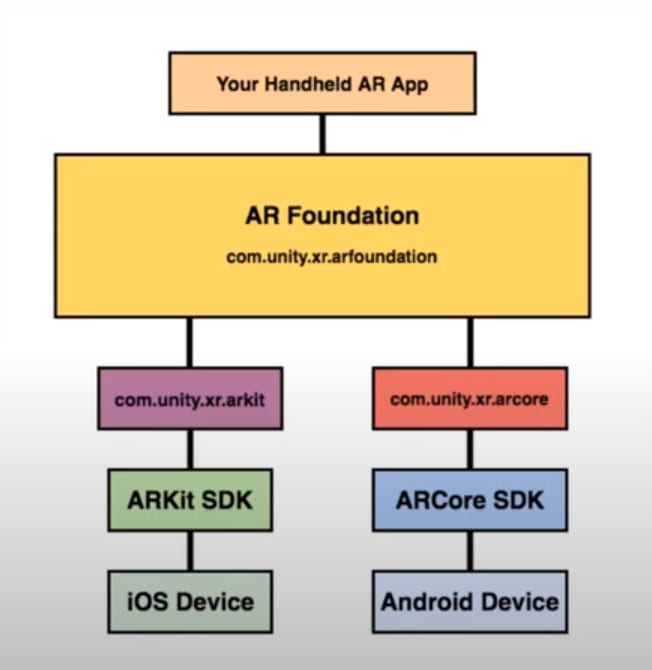 This video didn't explain anything new but talked about the same things as previous videos.

Useful websites to improve in programming.

Once suspended, lankinen will not be able to comment or publish posts until their suspension is removed.

Once unsuspended, lankinen will be able to comment and publish posts again.

Once unpublished, all posts by lankinen will become hidden and only accessible to themselves.

If lankinen is not suspended, they can still re-publish their posts from their dashboard.

Once unpublished, this post will become invisible to the public and only accessible to Lankinen.

Thanks for keeping DEV Community 👩‍💻👨‍💻 safe. Here is what you can do to flag lankinen:

Unflagging lankinen will restore default visibility to their posts.