A few months ago I started working on one of my pet projects powered by Go using MySQL as persistent data storage. After some research to find the best solution to migrate my database schema, the most popular decisions suggested for me were auto-migrator by GORM and golang-migrate utility. Unfortunately, they did not meet my expectations.

Let me explain why...

First of all, I did not want to stick to the one specific ORM and moreover, I didn't want to use ORM in my project at all. I do not want to debate whether GORM is good or not, it was just that in my case it was much more convenient and easier to use the standard library database/sql.

I also wanted to have a long-term solution that would allow me to programmatically write code to the database without delving into sql queries. Therefore, the solution using pure sql did not suit me either.

Since none of the solutions I found worked for me, I decided to write a code that would fully meet my requirements and expectations.

At first, the solution I wrote was integrated into my migration files, but I immediately noticed that the code that is used to make changes to the database can be split into a separate package. This package was still an integral part of my project, but nevertheless began to grow into something more.

After a few weeks of using my package, I decided that it proved to be quite stable and can be published in the public domain for general use. So it became part of the open-source community and my first public Go project on GitHub 💪

MySQL database migrator designed to run migrations to your features and manage database schema update with intuitive go code. It is compatible with the latest MySQL v8.

To install migrator package, you need to install Go and set your Go workspace first.

Since this was my first project to Go open-source packages, I didn't know a few things.

You may add any column definition to the database on your own, just be sure you implement migrator.columnType interface:

The same logic is for adding custom commands to the schema to be migrated or reverted, just be sure you implement command interface:

At the time of this writing, the latest stable version is v1.2.0. As the next steps, it is planned to add more commands for interacting with the schema.

If necessary, in the next major versions drivers can be added for Postgres, SQLite, Microsoft SQL Server etc.

At the moment, this package is a part of the go open source community and is versatile enough to be used in various projects. I really hope that it will also be useful to you when working with the database schema.

It is not popular yet, but I am really proud of it and believe it may grow fast with your support and contributions! 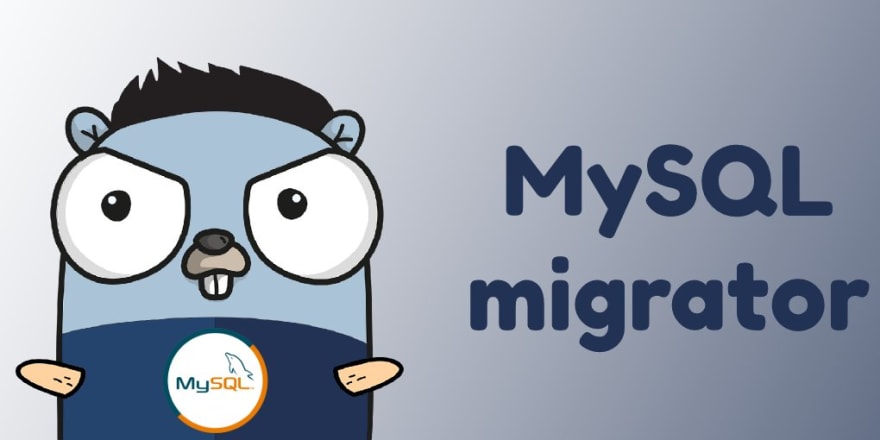 MySQL 8: short syntax for select all

HDL Coder - is there an open source alternative?

Larapulse Technology
I Used ChatGPT to Answer Questions on Stack Overflow
#discuss #openai #gpt3 #ai
What are the coolest uses of AI you've seen in the last couple of weeks?
#discuss #ai
5 Small and Hidden React libraries You Should Already Be Using
#webdev #javascript #react #productivity

Once suspended, larapulse will not be able to comment or publish posts until their suspension is removed.

Once unsuspended, larapulse will be able to comment and publish posts again.

Once unpublished, all posts by larapulse will become hidden and only accessible to themselves.

If larapulse is not suspended, they can still re-publish their posts from their dashboard.

Once unpublished, this post will become invisible to the public and only accessible to Sergey Podgornyy.

Thanks for keeping DEV Community 👩‍💻👨‍💻 safe. Here is what you can do to flag larapulse:

Unflagging larapulse will restore default visibility to their posts.