As a QE automation engineer, my responsibilities typically include building both UI and API automated tests. Over the years I have worked with a number of languages, tools, and frameworks to get that job done.

For UI tests, I usually work with frameworks that automate the browser via Selenium, with languages such as Java, JavaScript, Ruby, and c#.

For API, I have usually focused on Postman with JavaScript, and REST-Assured or Karate with Java.

Being able to work with all these frameworks and languages requires plenty time and experience, and even on a single project the QE resources will need a number of skills to deal with both UI and API testing.

OK, so what does that have to do with Cypress?

A couple of key points:

I've heard a lot about Cypress lately. I don't have any real world experience with it, so this series of posts will document my learning journey, and hopefully help others.

So let's get started!

Create a folder for your test project and run npm init from the project folder:

Now we can now start the Cypress Test Runner:

As Cypress starts up you should see something like this:

Once the Test Runner is started, you'll see this: 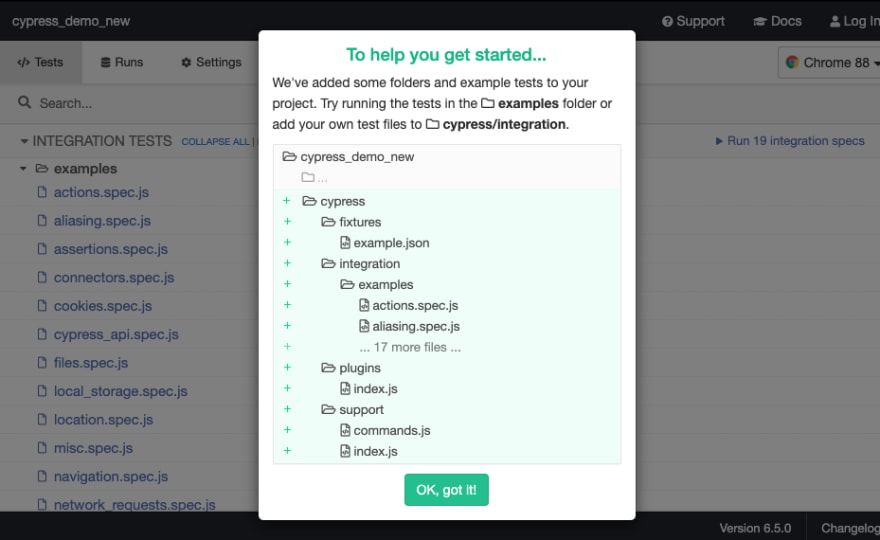 Yes, when you first start the test runner it will automatically add some sample tests to your project. This is what I see when I open the project in VS Code: 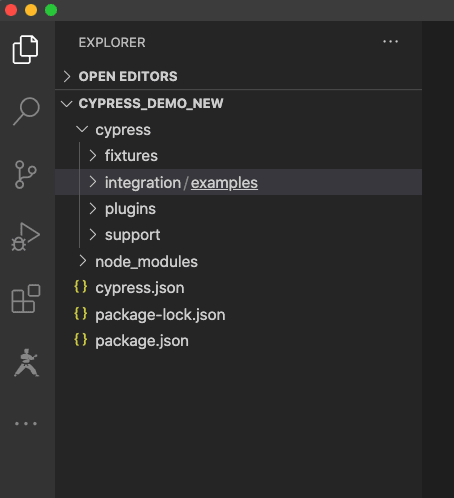 So let's take a look at these sample tests!

An overview of a test

Using your favorite IDE or test editor, take a look at the file location.spec.js found in the integration/examples folder. 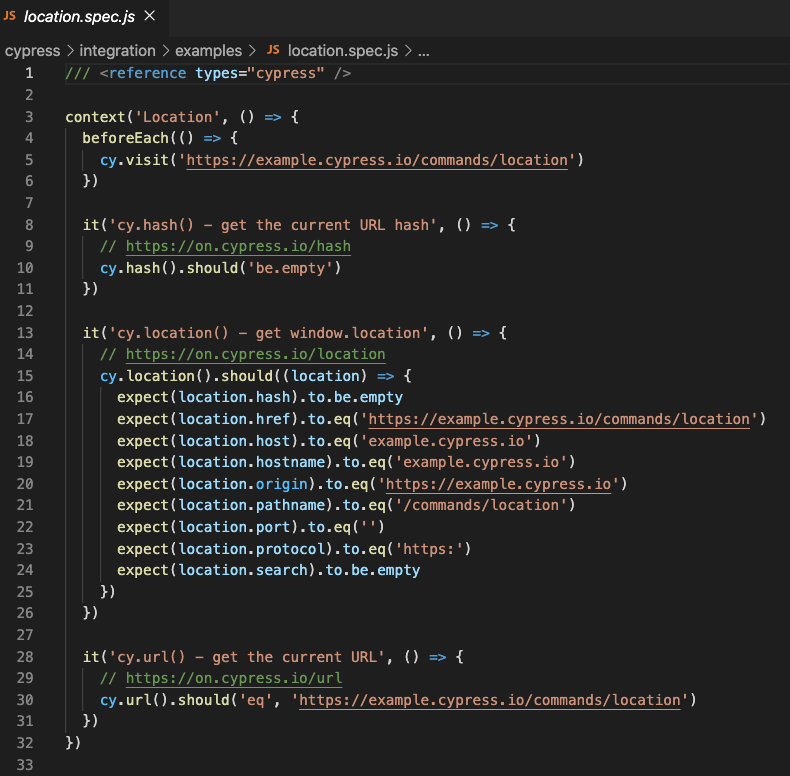 So in short, the 3 tests will navigate to https://example.cypress.io/commands/location, then verify (1) the URL hash, (2) the URL location, and (3) the current URL.

Running a test with the Cypress Test Runner

Go back to the Cypress Test Runner that we started previously. To run this test spec just expand the examples folder, find location.spec.js, and click it. That will start the test.

A new browser window should open that looks like this:

A few things to note:

One of the cool things here is the application under test and the test runner are integrated into a single view when a test is run.

So how does the Test Runner know about our tests? It turns on that Test Runner is constantly monitoring our project and will immediately update the spec list when things change. To see that, go ahead and add an empty test spec file to the examples folder. You'll see that file immediately appear in the Test Runner.

Running a test from the command line

Ultimately we want these tests to run in a CI pipeline, which means we need to be able to run them headless from the command line. That usually take me a little time to get everything working properly, but with Cypress it's pretty easy. Try this:

You should see something like this, with 3 successful tests run from the command line. 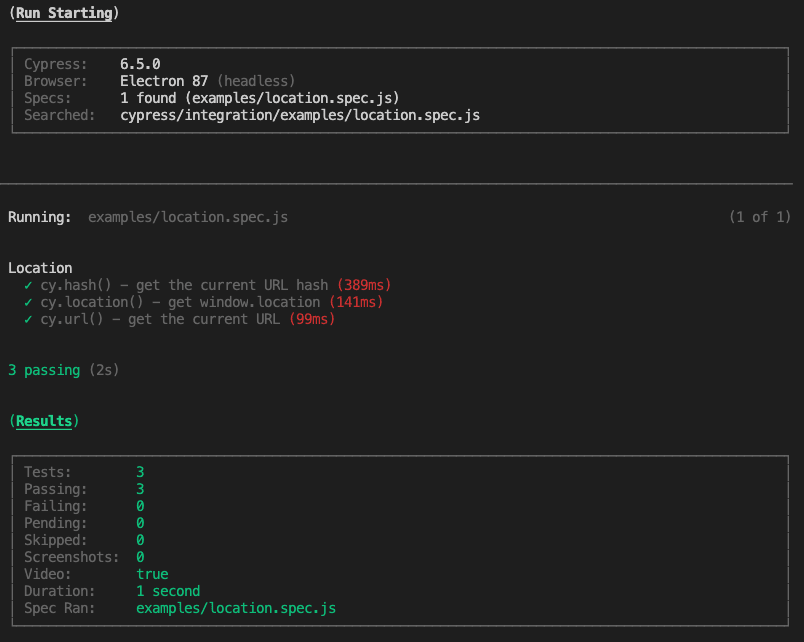 Oh, and no visible browser was started. The tests all ran headless.

In this post we have just scratched the surface. To recap, we installed Cypress, checked out the syntax of a test, executed a test in the Test Runner, and executed the test from the command line.

There is a lot more I want to cover in future posts, including API testing with Cypress, integrating Cypress into a CI pipeline, and reporting.

If there are any questions, or ideas for future posts, please let me know in the comments.

Until then, stay tuned!

Clean Architecture: The concept behind the code