So, at the beginning of last month, I asked my boss at Zeit.io if it was ok to push some PRs around for Hacktober while waiting for the compiler which he, of course, accepted and encouraged. 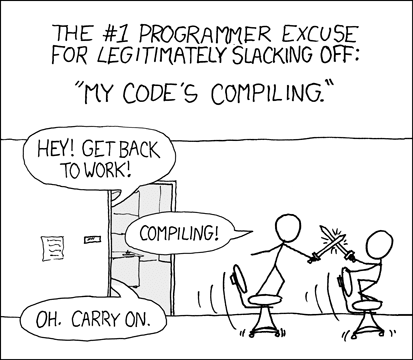 No excuses for not doing this year then!

Exercism is a great platform to learn a programing language and owning your skills. I was feeling kind of bad for not having time to review people's submissions on the elm-track as I used to a while back. So I decided that I could at least use Hacktober to give back to this platform by implementing a few problems for it.

It was a rather interesting experience as porting a problem includes several steps:

I have recently discovered this project on the elm slack (join us here: http://elmlang.herokuapp.com/). Since I'd read a few days before about the possibility to sync dev.to and something like gatsby I was quite keen on looking up this project. One of the issue I had originally was that it forced me to use the port 3000 to work with locally which was already quite crowded by work stuff.

So I've made adding an option to specify the port my last Hacktober PR. It allowed me to dive into a really interesting project made by the same guy who is behind elm-pages ((Dillon Kearns)[https://github.com/dillonkearns]): (elm-cli-options-parser)[https://github.com/dillonkearns/elm-cli-options-parser]. It's a project that allows you to use elm to define a CLI interface. It's simple yet powerful. If you want to build a CLI tool with elm or node definitely have a look.

To sum it up, it didn't take very long to participate and hopefully help out and it was rather fun. Also, right after that, we completed our migration from elm 0.18 to 0.19 so no more "it's compiling" excuses from now on!

Once suspended, leojpod will not be able to comment or publish posts until their suspension is removed.

Once unsuspended, leojpod will be able to comment and publish posts again.

Once unpublished, all posts by leojpod will become hidden and only accessible to themselves.

If leojpod is not suspended, they can still re-publish their posts from their dashboard.

Once unpublished, this post will become invisible to the public and only accessible to leojpod.

Thanks for keeping DEV Community 👩‍💻👨‍💻 safe. Here is what you can do to flag leojpod:

Unflagging leojpod will restore default visibility to their posts.