This is a series of blog posts related to WebGL. New post will be available every day

Hey 👋 Welcome to WebGL month. Today we're going to explore some important topics before starting to work with 3D.

Let's talk about projections first. As you might know a point in 2d space has a projection on X and Y axises.

In 3d space we can project a point not only on axises, but also on a plane 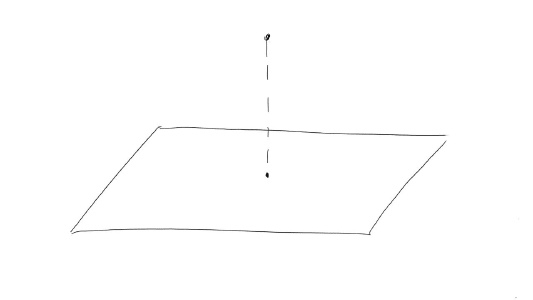 Display is also a flat plane, so basically every point in a 3d space could be projected on it.

As we know, WebGL could render only triangles, so every 3d object should be built from a lot of triangles. The more triangles object consists of – the more precise object will look like. 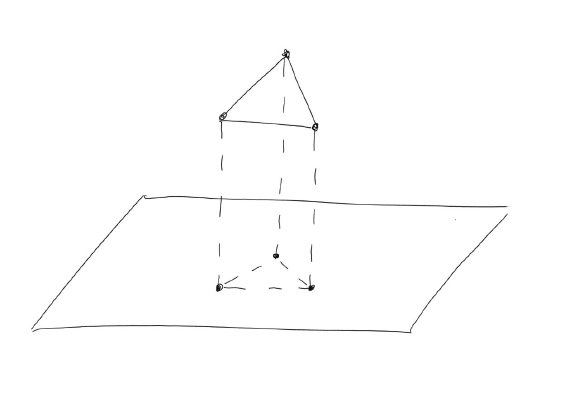 Notice that on a plane triangle looks a bit different, because vertices of the triangle are not in the plane parallel to the one we project this triangle on (rotated).

You can build 3D models in editors like Blender or 3ds Max. There are special file formats which describe 3d objects, so in order to render these objects we'll need to parse these files and build triangles. We'll explore how to do this in upcoming tutorilas.

Imagine we're looking at some objects from the top 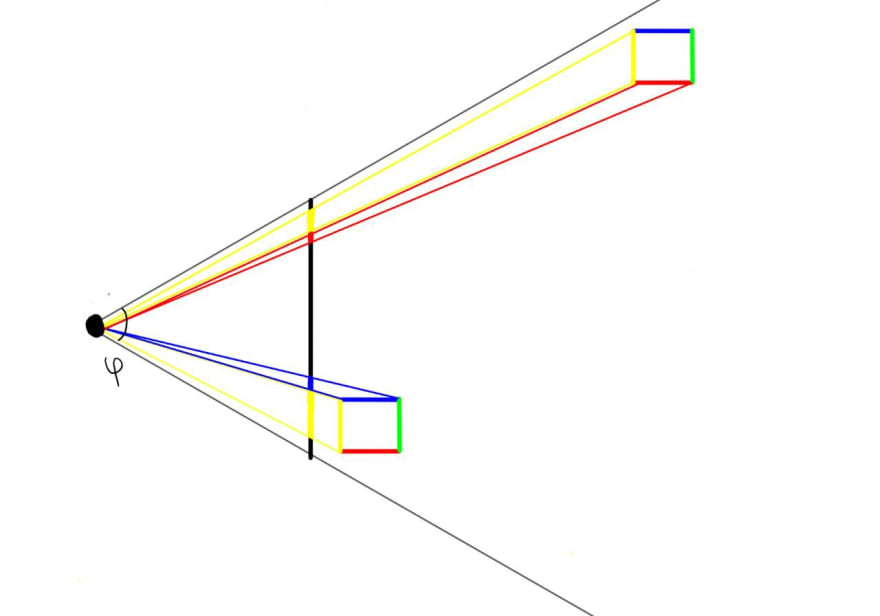 Notice that projected faces of cubes are different in size (bottom is larger than top) because of perspective.

Another variable in this complex "how to render 3d" equasion is field of view (what the max distance to the object which is visible by the camera, how wide is camera lens) and how much of objects fit the "camera lens".

Taking into account all these specifics seems like a lot of work to do, but luckily this work was already done, and that's where we need linear algebra and matrix multiplication stuff. Again, if you're not fluent in linear algebra – don't worrly, there is an awesome package gl-matrix which will help you with all this stuff.

Turns out that in order to get a 2d coordinates on a screen of a point in 3d space we just need to multiply a homogeneous coordinates of the point and a special "projection matrix". This matrix describes the field of view, near and far bounds of camera frustum (region of space in the modeled world which may appear on the screen). Perspective projection looks more realistic, because it takes into account a distance to the object, so we'll use a mat4.perspective method from gl-matrix.

There's also a good article on MDN explaining these concepts

Once suspended, lesnitsky will not be able to comment or publish posts until their suspension is removed.

Once unsuspended, lesnitsky will be able to comment and publish posts again.

Once unpublished, all posts by lesnitsky will become hidden and only accessible to themselves.

If lesnitsky is not suspended, they can still re-publish their posts from their dashboard.