A developer that goes by the name of FeelingSafe posted a project that took him 5 hours to make. It consists of a bunch of icons side by side where you can click on them to get quick access to the websites. The site isn't the best looking website and there are a lot of alternatives that offer this kind of solution. However, it wasn't FeelingSafe's website that inspired me.

The Problem with Starting

I love problem solving but I hate operations. Meaning, I love finding solutions that take me one step closer to my final vision but I hate having to scramble through trivial architecture to get there. I've been developing for years now so I have overcome (most) technical issues but when I was a junior developer this has caused me to become so overwhelmed. So overwhelmed that it even made me consider trying other things.

How can you blame any junior developer for thinking this way? The amount of new technologies coming out is extremely overwhelming. Even reading some documentation will get you lost in just the terminology. Mix this feeling of not knowing with the pressure of finding a job and you are constantly going through Imposter Syndrome. 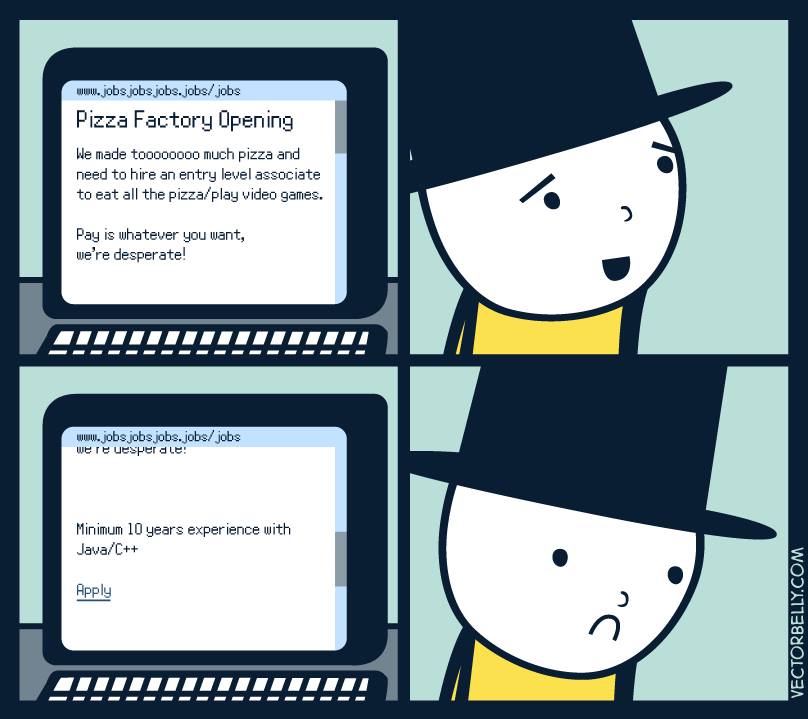 Staring Up as a Developer

My story started in 2013. I was finished my first year of College. During summer break I wanted to get ahead on learning PHP so that I can move faster in my course.

My first idea consisted of creating a webpage where it would randomly select what DOTA 2 character to play as. The scope of this project is minimal. All it consisted of is ~50 records in a database and a PHP random function for a page. Now, this would take me an hour to create.

The amount of barriers I had to jump over was crazy. It was something way over my head and at times discouraging. Part of me thought it wasn't work being a developer. I stuck it out and finally got it done. It looked like absolutely crap and was only barely functional.

Despite that, I was proud of myself for creating it and the feeling of building something by myself was amazing. Moving forward, I was able to complete the tasks that I have done before a lot easier and concepts were much easier to understand.

Growing as a Dev

It always feels great when you solve a problem that has taken you a while. Things don't really get easier as a dev, you're confidence in your ability to solve it just gets better. Eventually it becomes routine.

Sometimes you are stuck on an issue for the entire day and don't come around to solving it. I find this discouraging and sometimes I think if I have been growing at all.

That's the irony behind FeelingSafe's Reddit post. He posted a thread to learn something but he ended up teaching me something about myself. That's what I appreciate it the most.

What is SAWO Labs Champ Program?

Lewis Menelaws
My name is Lewis Menelaws. I am a developer and entrepreneur located in Sarnia, Ontario focusing on creating great things for the web. Currently I am Lead Developer and Co-Founder of TMRRWinc.
Chrome Extensions of the Month - January 2023
#productivity #webdev #javascript #beginners
Music Monday — What are you listening to? (60's Edition)
#watercooler #discuss #music
Defect life cycle in API testing ⚙️
#beginners #api #codenewbie #productivity

Once suspended, lewismenelaws will not be able to comment or publish posts until their suspension is removed.

Once unsuspended, lewismenelaws will be able to comment and publish posts again.

Once unpublished, all posts by lewismenelaws will become hidden and only accessible to themselves.

If lewismenelaws is not suspended, they can still re-publish their posts from their dashboard.

Once unpublished, this post will become invisible to the public and only accessible to Lewis Menelaws.

Thanks for keeping DEV Community 👩‍💻👨‍💻 safe. Here is what you can do to flag lewismenelaws:

Unflagging lewismenelaws will restore default visibility to their posts.