Is there any difference between a web API and a web service? Or are they one and the same?

There are many definitions of Web Services as they are not only defined by different organizations but also has gone through many changing stages. When listening to people talk about APIs and web services, it’s not always clear what the difference between the concepts are. In fact, to the uninitiated, it can be quite confusing.

The difference is not rocket science, but let’s clear it up once and for all.

The difference between APIs and web services

All Web Services are APIs, but not all APIs are Web services.

Ok great! All web services are APIs. That clarifies half the confusion. It means that a web service is a type or a subset of API, one amongst various other types of APIs.

When is an API a web service?

So then, an API is also a web service when it always requires a network for it to work, that is, for it to allow communication between different applications on different machines. Web services use HTTP/S as the data transfer protocol.

The following are the most common types of web services:

Building a fully functional REST API from the ground up is a large project for any developer, and even more challenging for IT professionals unfamiliar with the nuances of how APIs are coded, deployed, and maintained.

With no expert coders on staff (backend or full-stack developers), a low-code platform such as Linx provides a platform for the rapid development of an API. There is no need for the extensive knowledge required to code from hand as their visual design framework and lack of boilerplate makes these tools much quicker to understand and use. 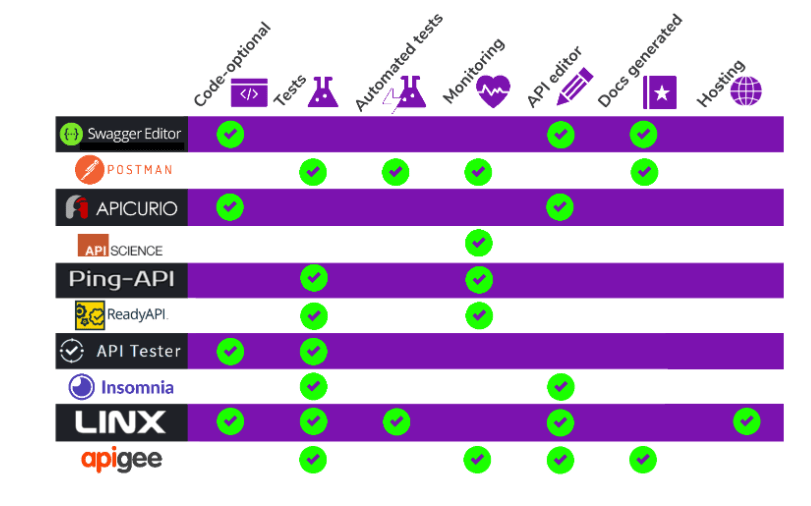 As a low-code development platform, Linx makes it easier and faster to accomplish a range of programming tasks, including integrating with web services, as well as developing, hosting and publishing your own web services.

If you use the most popular kids on the block – REST or SOAP – and you have your API definition ready, Linx can help you develop and host RESTful APIs, all on one platform, within minutes.

For REST APIs, Linx supports the Open API 3.0 standard (and WSDL for SOAP), so conversions from older API versions would be necessary. However, that said, creating new APIs from scratch is a doddle and offers both the option to import your definition or create your own with a powerful designer.

A web service is a type of API that enables two applications to communicate with each other over a network. The most common web services are SOAP, REST and the different types of RPCs.

Using a low-code development platform will significantly cut down on development time by making it easier for developers to develop, host and publish their own web services.

The post APIs vs Web Service appeared first on Linx.

Once suspended, linxsoftware will not be able to comment or publish posts until their suspension is removed.

Once unsuspended, linxsoftware will be able to comment and publish posts again.

Once unpublished, all posts by linxsoftware will become hidden and only accessible to themselves.

If linxsoftware is not suspended, they can still re-publish their posts from their dashboard.