I graduated from Lambda School in February 2019, just days before my 40th birthday. I expected to have a new career within a few months, one with a fancy office space and snacks. One year, 143 applications and 9 interviews later I was still searching for my first developer job.

Just before my 41st birthday, I started reflecting on the year and the things that I did accomplish, mostly just through job searching. 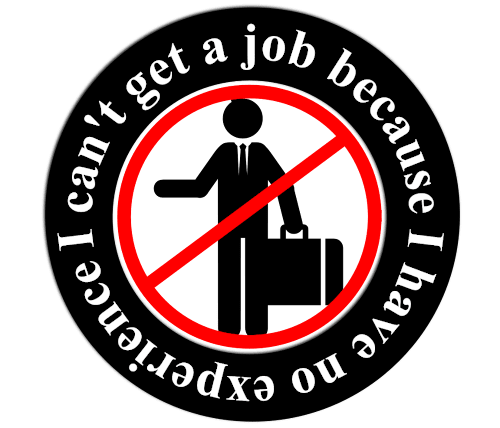 Things I Accomplished This Year

I know that some of these things might seem like no big deal, but as someone with Generalized Anxiety Disorder, each of the things listed above was way out of my comfort zone. Small tasks like calling people on the phone for informational interviews or driving to an unknown area can be really scary. I did them only to further my job search, but each time I did, I found that my comfort zone got a little larger.

I'm going to put these activities into general categories, highlighting the skills I gained from these experiences.

Impostor Syndrome is a very real thing. I didn't start networking until after I finished school and while I was close with my classmates, I didn't know any developers in my geographic area.

I wrote here about my first meetup experience here. At that meetup I met with other Lambda School students, people that I knew were in my community, but I still worried. It turned out that there was nothing to worry about, as usual, but it was still a big step for me to put myself out there.

Then I went to a SeattleJS meetup. I was worried about this one on two fronts: meeting with strangers in a new environment and driving to Seattle (about 40 minutes away). Over the years I've gotten much better about freeway driving, but Seattle is notorious for its traffic and driving in the city is still intimidating.

But the meetup itself was not at all intimidating. As soon as I walked in the door another developer started chatting me up. After some pizza, beer and some good discussions, I felt more at ease. When I got back to my car I had new connections on LinkedIn and the whole endeavor was well worth the effort. I have since gone to more of their meetups, seen some really cool office spaces, made more connections and even met for coffee with one presenter. 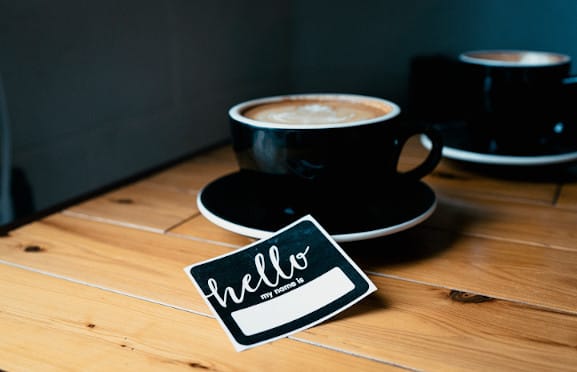 These experiences also made me feel more confident with my place in the developer community. Where once I had felt like an impostor, now I felt more like I belonged with these people. That led me to connect with people on LinkedIn who had jobs that sounded interesting or I had shared interests with and ask if they had time to chat with me. Only a few people took me up on it, but it was reassuring to be able to reach out to strangers in the community and have some of them take time out of their days to chat with a newbie for a few minutes.

As part of the career services at my school, I was paired with an industry mentor who lived in the greater Seattle area. This program was designed to help with networking and introducing new developers to their local community. Unfortunately, my first mentor, while nice, was new to the area and didn't know many people outside of Microsoft. We video chatted a few times and he offered some suggestions, but after he missed a few of our meetings I realized that we were not a great fit.

Instead of suffering in silence and missing out on this great way to connect with other developers I reached out to my adviser and asked if I could get another mentor. I figured at worst, they would say no and I would be no worse off than before I asked. 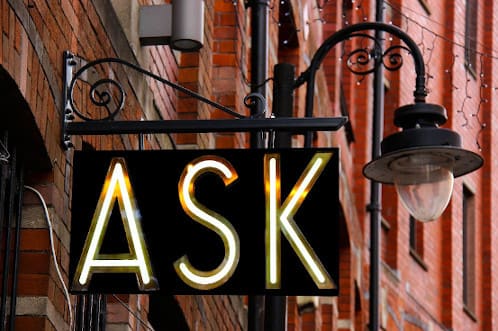 Luckily, there was a new mentor in the program, Rosalind, who also happened to have been in my cohort. She already had a job and was really enthusiastic about helping me find a job. Working with Rosalind was really inspiring and she suggested job searching techniques that I hadn't thought of. Because of her, I went to a job fair and applied to jobs that target women developers. She reminded me to highlight the things that make me different and use those traits to prove to employers what I could bring to their company.

By being assertive and seeking out a new mentor I gained a valuable resource, an ally, and a fresh perspective in my job search. 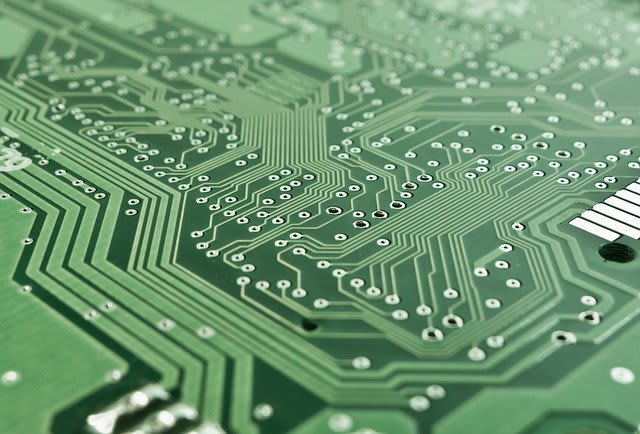 When I was in high school, I was terrified of computers. They always ate my assignments and got mad at me. (It was the 90s.) So, fast forward to more recently when I started researching what new computer to buy. It never even dawned on me to build my own, but a friend suggested it and I accepted the challenge. I even one-upped it by choosing to install Linux over Windows, even though I had no experience using it.

All of the components I bought worked together and I only had a few freak-outs during the building process. With the exception of a faulty power source (that took a while to figure out!), the process was a really satisfying challenge. I learned more about how a computer works (spoiler: it's magic) and proved to myself that I was far more capable of building a computer than I had given myself credit for.

As part of the curriculum, I was paired with a staff adviser who would help me through my job search. My first adviser was nice but didn't make me feel motivated. My second adviser, Elissa, had been my computer science instructor. I think it really helped that she had some background on me before we started working together. She knew my strengths and weaknesses going into our relationship. The greatest thing I learned from this adviser was the importance of setting goals. 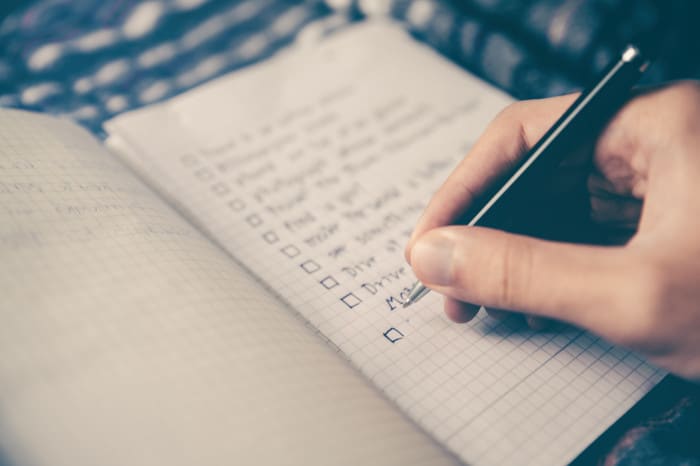 Each week we would meet and discuss what I had accomplished since we last met. Then, she would ask me to lay out what my plans were for the coming week. Rather than let me say that I would apply for more jobs, she had me commit to a number - 3 jobs, for example. I wrote it down. She wrote it down. Then, when we reconvened, she would follow up on that goal. She was understanding if I didn't always reach my goal. I was busy and I had a life outside of my job seeking, but having a firm goal and knowing someone was keeping me accountable was a great help.

Over the course of planning and writing this post, I got a job! 143 applications, but it only takes one job to make an offer - and I got it!

Job seeking is hard, especially when trying to balance your time between working, seeking, networking and life in general. It seems like you're just sending applications into the abyss. I've heard that getting your first developer job is the hardest and I do hope that's true. 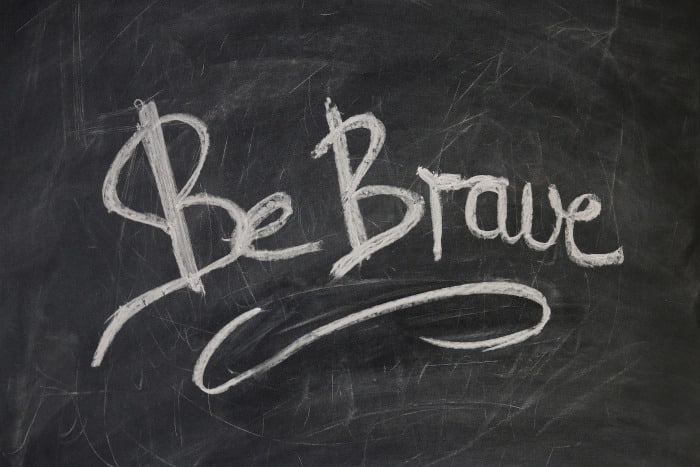 If you're a job seeker, I hope you can take some comfort in knowing that it will happen for you if you put in the work. Let me know in the comments what you have learned when things didn't go as you had planned.

One Difference Between Smart and Professional Programmer

Once suspended, lisacee will not be able to comment or publish posts until their suspension is removed.

Once unsuspended, lisacee will be able to comment and publish posts again.

Once unpublished, all posts by lisacee will become hidden and only accessible to themselves.

If lisacee is not suspended, they can still re-publish their posts from their dashboard.

Once unpublished, this post will become invisible to the public and only accessible to Lisa Cee.

Thanks for keeping DEV Community 👩‍💻👨‍💻 safe. Here is what you can do to flag lisacee:

Unflagging lisacee will restore default visibility to their posts.