Part of React 18’s experimental Concurrent Mode is a new feature called startTransition, which prevents an expensive UI render from being executed immediately.

An example of an urgent UI render would be typing in a search bar. When you type, you want to see your typing manifested and begin searching immediately. If the app freezes and the searching stops, you get frustrated. Other expensive UI renders can bog down the whole app, including your light UI renders that are supposed to be fast (like seeing search results as you type).

startTransition allows you to mark certain updates in the app as non-urgent, so they are paused while the more urgent updates are prioritized. This makes your app feel faster, and can reduce the burden of rendering items in your app that are not strictly necessary. Therefore, no matter what you are rendering, your app is still responding to your user’s input.

Before we begin, note that React 18 is still in alpha at the time of writing, so startTransitionis not yet part of a stable release.

Getting started with React 18

Before beginning the tutorial, ensure you have the following:

Let’s begin by creating a React project with create-react-app:

The command above created a React project using the latest stable version of React, which is version 17. We need to use React 18. Go inside the project directory and remove the node_modules directory:

On Windows, you have to use a different command to remove the directory. After removing the directory, edit package.json. Find these lines:

Then, change the version of React from 17 to alpha:

Finally, install the libraries with yarn:

To make sure that you have React 18 installed, you can check it from the node_modules directory like so:

On Windows, you can open the file directly.

Run the server to make sure you can run the React 18 app:

Open http://localhost:3000 in your browser. You should see the familiar default page of a React project with a rotating React logo.

By default, our React project doesn’t support Concurrent Mode. We need to enable it by rendering the root React node in a different way.

Open src/index.js. You can see that we render the root node with the render static method from ReactDOM:

To enable Concurrent Mode, we need to create the root node first then use the render method from that instance. Change the lines above to the lines below:

Notice the createRoot method from ReactDOM. This will create a root node.

Setting up a testing environment

First, let’s create a React app with a light UI render and an expensive UI render. Open src/App.js. You can see the App function definition displaying a React logo, a p tag, and a link.

Replace the App function with the code below:

You need to import useEffect and useState. Put this line on top of the file:

Here, we are creating the app’s UI that consists of two parts: the search input and the search result.

Because the input has a callback, when you type the text on the input, the text is passed as an argument to setSearchText to update the value of search_text using the useState hook. Then, the search result shows up. For this demo, the result is 5,000 rows where each row consists of a rotating React logo and the same search query text.

Let’s look at an example; try typing “I love React very much” quickly in our new React app. When you type “I”, the app renders the text “I” immediately on the search input. Then it renders the 5,000 rows. This takes a long time, which reveals our rendering problem. The React app cannot render the full text immediately. The expensive UI render makes the light UI render become slow as well.

You can try it yourself on the app at http://localhost:3000. You’ll be presented with a search input. I have set up a demo app as well. 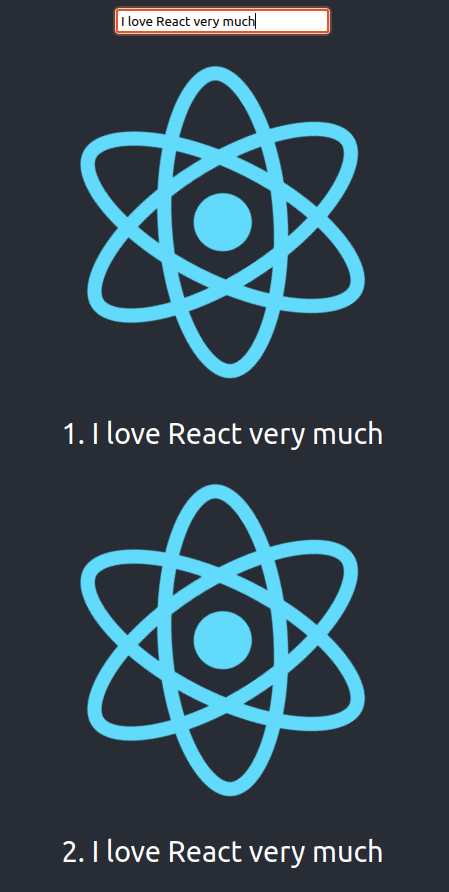 What we want is for the expensive UI render not to drag the light UI render to the mud while it loads. They should be separated, which is where startTransition comes in.

Let’s see what happens when we import startTransition. Your top line import should be like this:

Then, wrap the expensive UI render in this function. Change setSearchResult(list) into the code below:

Now, you can test the app again. When you type something in the search input, the text is rendered immediately. After you stop (or a couple of seconds pass), the React app renders the search result.

What if you want to display something on the search results while waiting for the expensive UI render to finish? You may want to display a progress bar to give immediate feedback to users so they know the app is working on their request.

For this, we can use the isPending variable that comes from the useTransition hook.

First, change the import line on the top of the file into the code below:

Extract isPending and startTransition from the useTransition hook. Put the code below on the first line inside the App function:

Next, change the content of &lt;div className="SearchResult"> to the code below:

Now when you type the text on the search input very fast, the loading indicator is displayed first. 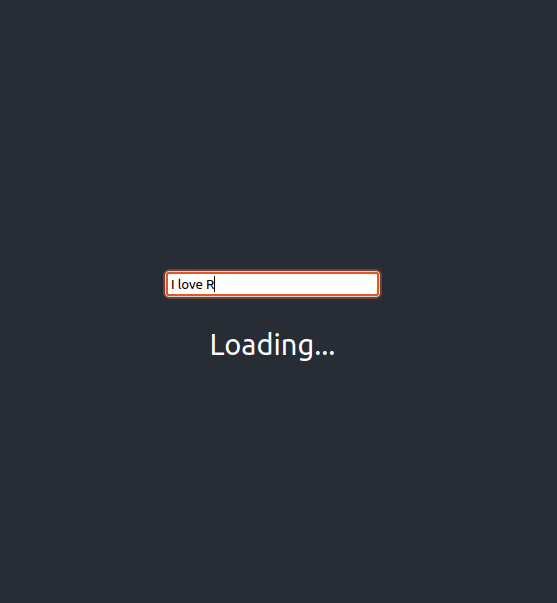 We also covered using the isPending variable to indicate the status of the transition in case you want to give feedback to users.

You can get the full code of the startTransition demo app here. You can also experiment with the demo of the app to your heart's content. Hopefully this knowledge will be useful for you when you build your next React app. Make sure the apps will be smooth!