Just like Minecraft is more fun when a friend shows you how to make torches and avoid creepers, Kubernetes is also less scary with someone to guide the way.

The Minecraft wiki has lots of pointers for setting up your own server. But it doesn’t say how to do it with Kubernetes. I recently learned how easy it is to deploy an app to a local Raspberry Pi with Kubernetes.

Let’s try it again — this time to run a free Minecraft server on Kubernetes.

Why Kubernetes instead of just Docker?

At a busy airport, air traffic controllers manage the flow of aircraft into and out of the airport airspace.

At a less busy airport, you might not need a controller to manage the safety and efficiency of the aircraft. But having one makes operations run smoothly. 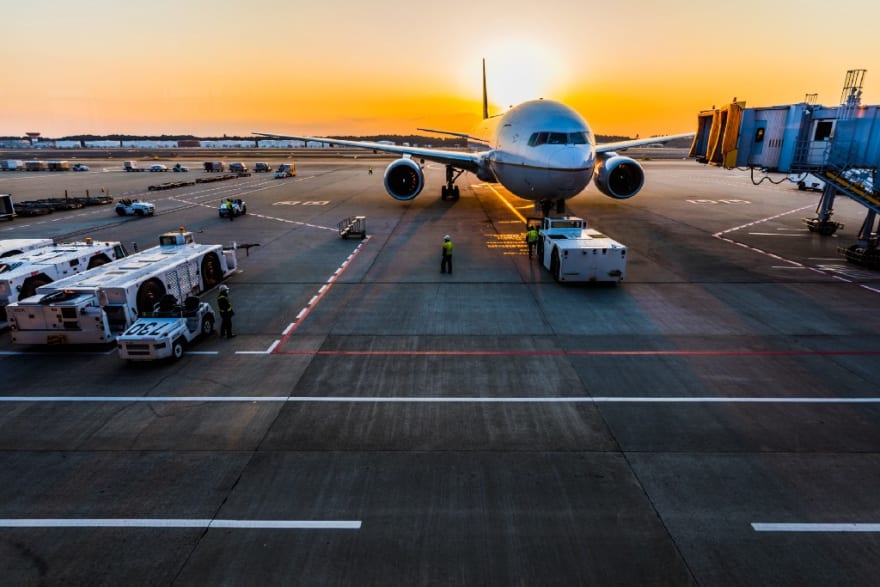 There’s a similar relationship between Docker and Kubernetes. Docker containers package software. Kubernetes is the orchestration system coordinating the behavior of those containers.

There’s a separation of concerns — so your containers don’t care where they run, and the orchestration system doesn’t care what is running inside those containers. If you want a refresher, I’ve previously written an intro to the basics.

Kubernetes has a reputation of being “hard”. So why go through the trouble of using it on top of Docker for a simple game server? Even if you run a single app with a single data store, as we’ll do today, Kubernetes can simplify deployment.

The friendly, but independent, relationship between Docker and Kubernetes gives us the flexibility to run our app the way we want. For example, I plan to deploy a lightweight C++ version of Minecraft. Later on, I can update my app to the default Java Minecraft server by swapping out the image of the deployment.

Let’s run Minecraft for free by deploying with Kubernetes on a self-hosted Raspberry Pi server.

A recipe for deploying Minecraft on Kubernetes with KubeSail

The Minecraft wiki lists a bunch of tips for setting up your own server. The game developers behind Minecraft offer a free Java version of server software. The open source community has developed a C++ version that’s more lightweight so we can run it on a Raspberry Pi.

Let’s set up a server today!

Decide where to run your Kubernetes cluster. I’m using a $35 Raspberry Pi 4. But you can also use a spare machine if it has enough input/output (I/O) performance to run Minecraft.

Step 1: add a cluster to the Raspberry Pi

I already have a Raspberry Pi 4 to run a Kubernetes cluster. This very good tutorial shows us how to set up a cluster on a new Raspberry Pi.

To connect the Raspberry Pi to KubeSail, apply the configuration file to your personal namespace from the Raspberry Pi’s command line. This might take a couple minutes to spin up.

The Raspberry Pi is now a single-node Kubernetes cluster!

You can manage this new cluster in the KubeSail dashboard. Find the new cluster, give it a name, and then select Namespaces from the sub-menu. This is where you can add a new Kubernetes namespace, like one called games.

Now we have a Kubernetes context consisting of a cluster, a namespace, and a user — everything that we need to set up our deployment.

KubeSail has a bunch of Kubernetes templates to browse YAML examples and customize your own deployments.

Under Templates , I made this one for Minecraft on Raspberry Pi. If you’re not using a Raspberry Pi, use this template instead.

minecraft-raspberry-pi: Minecraft server with a Persistent Volume Claim to store your world data, on Raspberry Pi 🍓. This template also runs on any board with an arm64 CPU .

The minecraft-raspberry-pi template has two kinds of Kubernetes resources.

Fork the template. You can rename it, and also toggle the new template’s setting to Private if you don’t want the template to be listed publicly as one of your own.

This section explains some of the underlying YAML for these resources if you want to make any adjustments. Feel free to skip ahead to the next step.

In your new KubeSail template, click the Edit Yaml button to open the YAML editor on the right side of the page. Find the Deployment document tab in the YAML editor, and notice some details.

The PersistentVolume in this deployment allows us to save the state of the Minecraft world, so that we can quit our game and keep all of our precious minerals when the server reboots ⛏ 💎

We’re ready to deploy our app on Kubernetes!

In the dropdown menu next to the Launch Template button, select theKubernetes context from Step 1.

Hit Launch Template , and KubeSail will deploy Minecraft. In this example, I deploy to the games namespace on my Raspberry Pi cluster.

Our Minecraft server is alive!

Step 4: connect to the Minecraft server

To connect to the Minecraft server, start Minecraft on the machine where you want to play. Select Multiplayer from the main menu. Click the Add Server button, and enter the IP or web address of the Raspberry Pi server. If you’re on the same local network, you should see the server suggested in the local list.

If you want to allow access to the Minecraft server via the internet, set up port forwarding to point port 25565 to the IP of your Raspberry Pi. If you need a refresher, here is a tutorial to forward ports on your router.

Provide this public IP to friends you invite to multiplayer Minecraft. Or you can set up an A record with your DNS provider that points to your home network like we did previously, so friends can input a URL instead of an IP address. 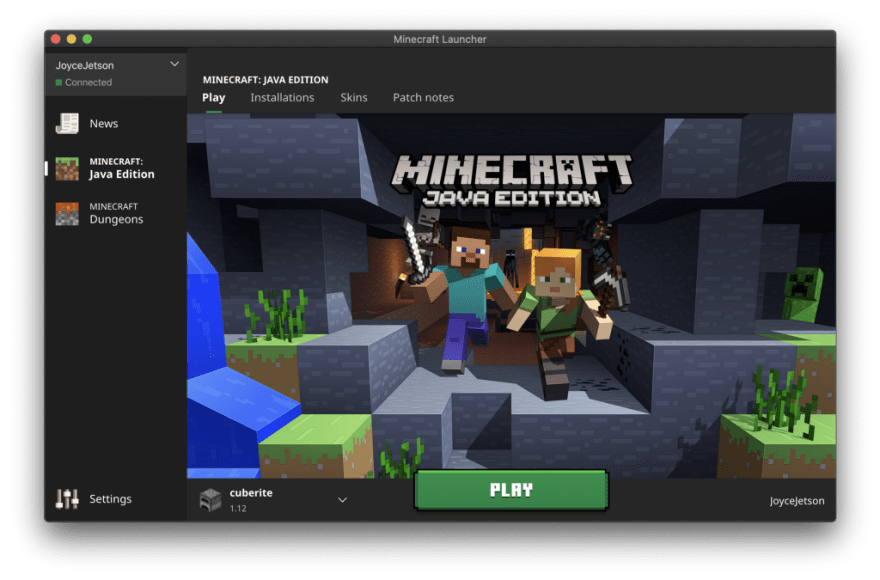 Players need to run the same version of Minecraft as the server. As of the writing of this article, the latest version of cuberite is 1.12, so players should set their Minecraft version to 1.12.

We set up a Minecraft server on Raspberry Pi using Kubernetes with a few terminal commands and clicks. Hosting a game server from your living room is free and easy. With the time I saved setting up a Minecraft server, I now have more time to spend on mining precious minerals ⛏

🤓 Fun Fact: If my IP address changes while I’m away from home, I might have trouble accessing the game server or any other self-hosted services. Check out this other tutorial I wrote for setting up a dynamic DNS service, also on Raspberry Pi using Kubernetes!

Final thoughts on deploying with Kubernetes

When people talk about Kubernetes, they picture huge companies with tons of traffic hitting their services. My little game server certainly doesn’t need Kubernetes for any advanced capabilities. But Kubernetes can also make deployment easier. I’ve done the “hard part” by configuring the Minecraft server to run on Kubernetes. And now if I want to run Kubernetes on a different cluster, I switch the context in KubeSail to deploy my changes with a single click.

Most people also picture Kubernetes running on a managed cloud provider, which can get expensive. But now we know how to run a cluster for free on a local machine like a Raspberry Pi.

There’s a bunch of reasons why people use Kubernetes. For this game server, I’m using Kubernetes to simplify deployment and because it’s free to run on a self-hosted server. 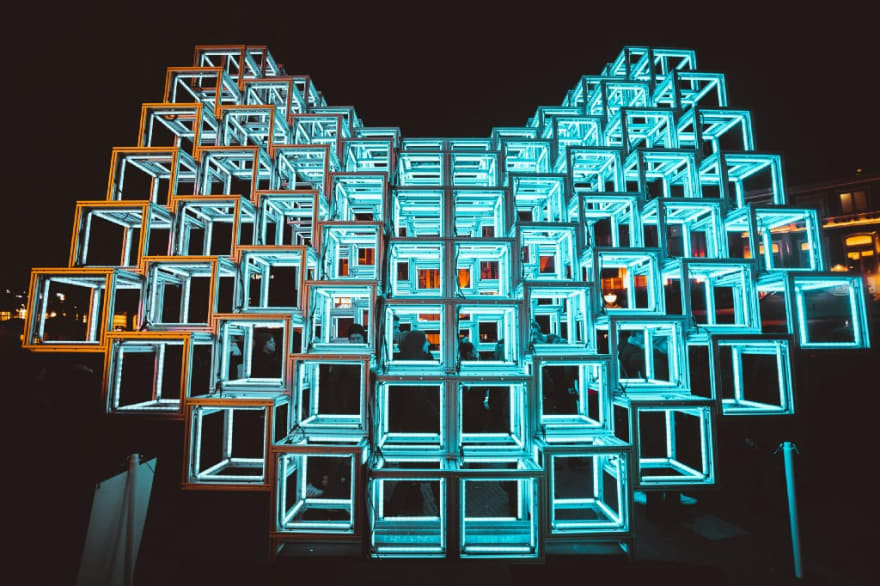 Try it yourself, and let me know what you think!

Once suspended, loopdelicious will not be able to comment or publish posts until their suspension is removed.

Once unsuspended, loopdelicious will be able to comment and publish posts again.

Once unpublished, all posts by loopdelicious will become hidden and only accessible to themselves.

If loopdelicious is not suspended, they can still re-publish their posts from their dashboard.

Once unpublished, this post will become invisible to the public and only accessible to Joyce Lin.

Thanks for keeping DEV Community 👩‍💻👨‍💻 safe. Here is what you can do to flag loopdelicious:

Unflagging loopdelicious will restore default visibility to their posts.