Today's scenario was to build a learning GitHub Codespace which included some dependent files and also some associated VSCode Extensions. This is for my learn-WDL (workflow definition language for bioinformatics) lesson repo.

One challenge was that the required (cromwell) JAR file was ~200 MB, well over the max file size for Github. So I couldn't just upload the JAR file to my GitHub repo. Also I didn't want to use Github Large File Storage (or LFS) because this JAR file would be used in every command run in the Repo. So I decided to use a custom Docker container image to build this custom Codespace.

To start, I located a pre-built container image (broadinstitute\cromwell) which contained the needed dependencies (JDK and a JAR file) on DockerHub.

Second, I searched for VSCode extensions for this scenario (WDL Language) and found two WDL extensions available. I updated the devcontainer.json file to include these two extensions in the custom Codespace (shown below). 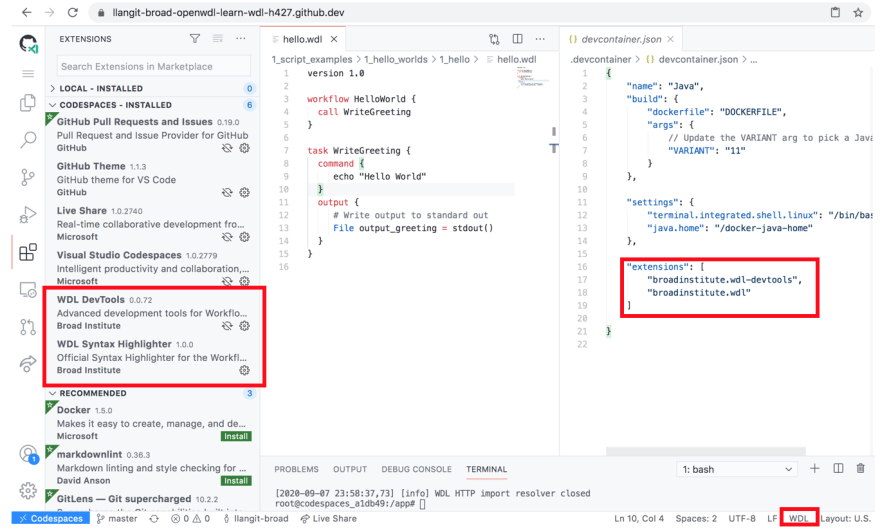 Third, I had to look around the container a bit to find the included required JAR file (cromwell.jar) - I finally found the file at the top of the container (cd /app).

I updated the .bashrc file to alias the JAR file and tested a hello.wdl file (shown below). I was able to run the test successfully! 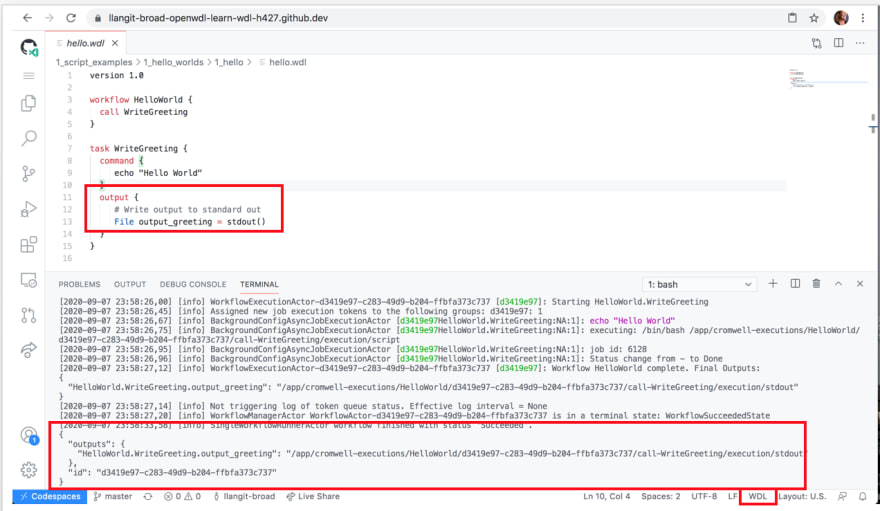 Once suspended, lynnlangit will not be able to comment or publish posts until their suspension is removed.

Once unsuspended, lynnlangit will be able to comment and publish posts again.

Once unpublished, all posts by lynnlangit will become hidden and only accessible to themselves.

If lynnlangit is not suspended, they can still re-publish their posts from their dashboard.

Once unpublished, this post will become invisible to the public and only accessible to Lynn Langit.

Thanks for keeping DEV Community 👩‍💻👨‍💻 safe. Here is what you can do to flag lynnlangit:

Unflagging lynnlangit will restore default visibility to their posts.