Tried out the default Microsoft custom python3-anaconda GitHub Codespace today. Very easy to set up and use. Really like the 'show (notebook) variables' option in "locally" connected Jupyter notebook. There is also the ability to connect to remote Jupyter server using the notebook interface in Codespaces. 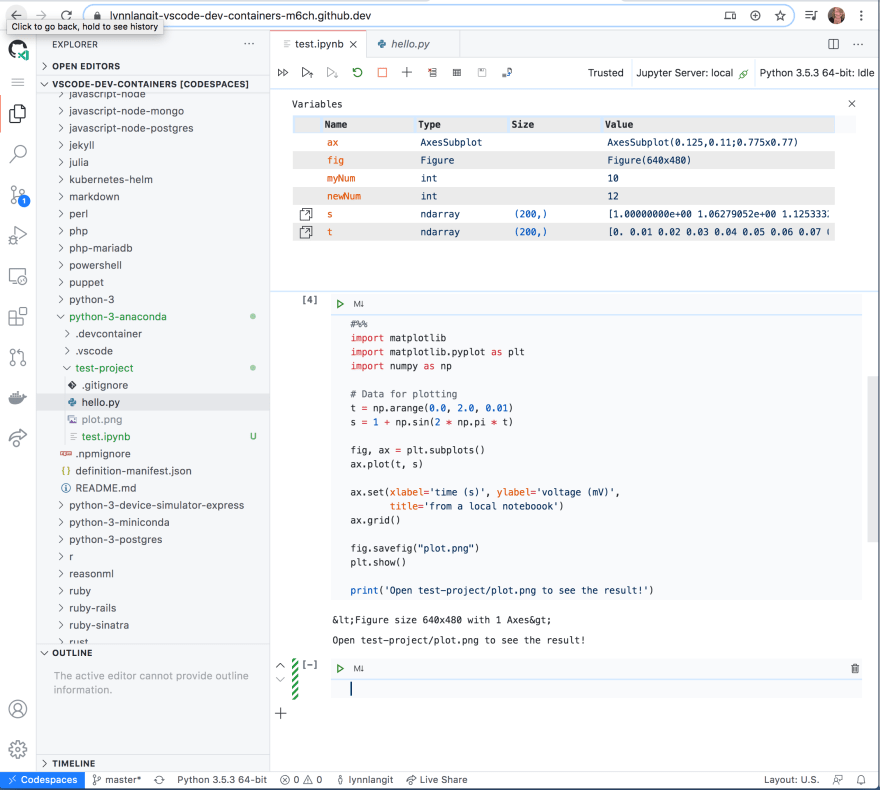 Had to use 'sudo' to update 'pip' in order to install the matplotlib library and the Jupyter extensions, but, other than than it just worked directly from the sample code in the example MSFT repo .devcontainer files for Python3 for Codespaces. 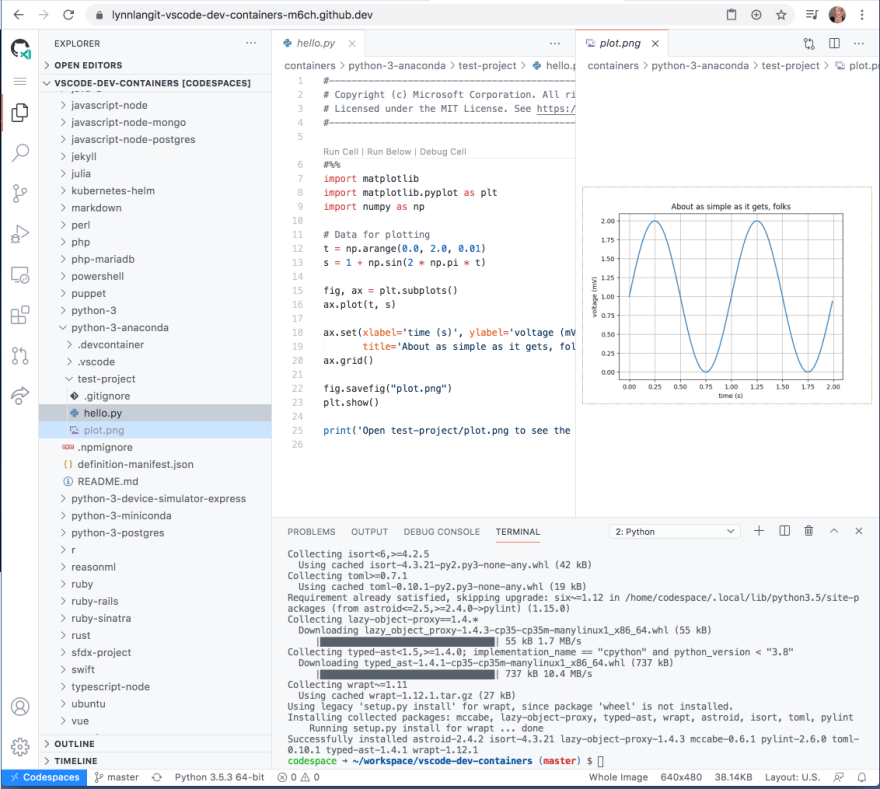 This is so handy, I can see myself using this set of functionality frequently! 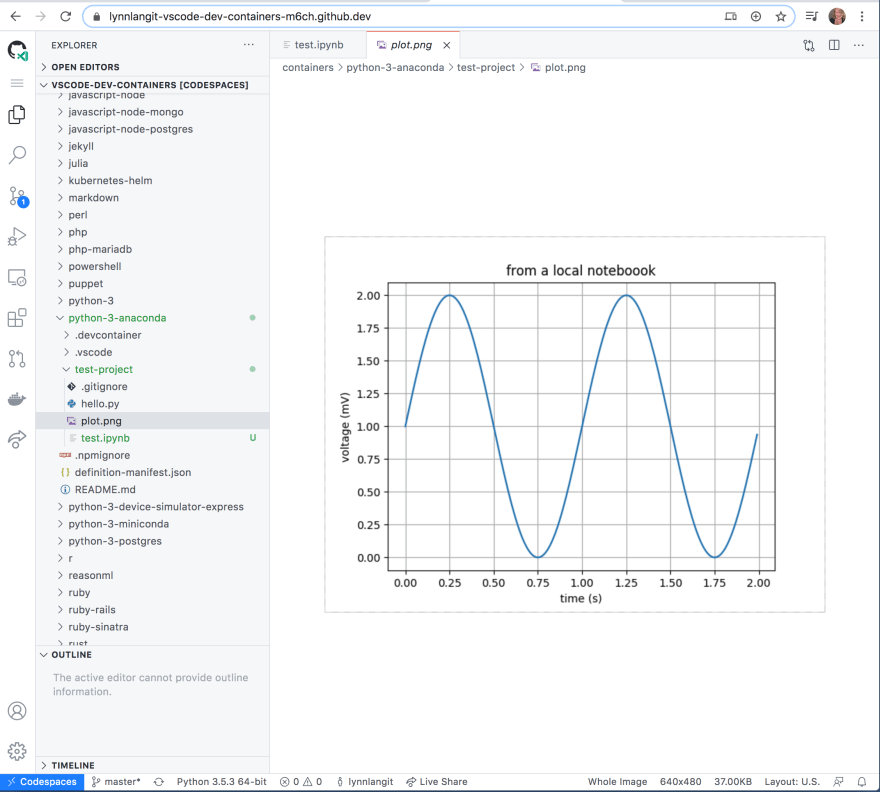 Now What In The Developers Is Git And Github?

Once suspended, lynnlangit will not be able to comment or publish posts until their suspension is removed.

Once unsuspended, lynnlangit will be able to comment and publish posts again.

Once unpublished, all posts by lynnlangit will become hidden and only accessible to themselves.

If lynnlangit is not suspended, they can still re-publish their posts from their dashboard.

Once unpublished, this post will become invisible to the public and only accessible to Lynn Langit.

Thanks for keeping DEV Community 👩‍💻👨‍💻 safe. Here is what you can do to flag lynnlangit:

Unflagging lynnlangit will restore default visibility to their posts.