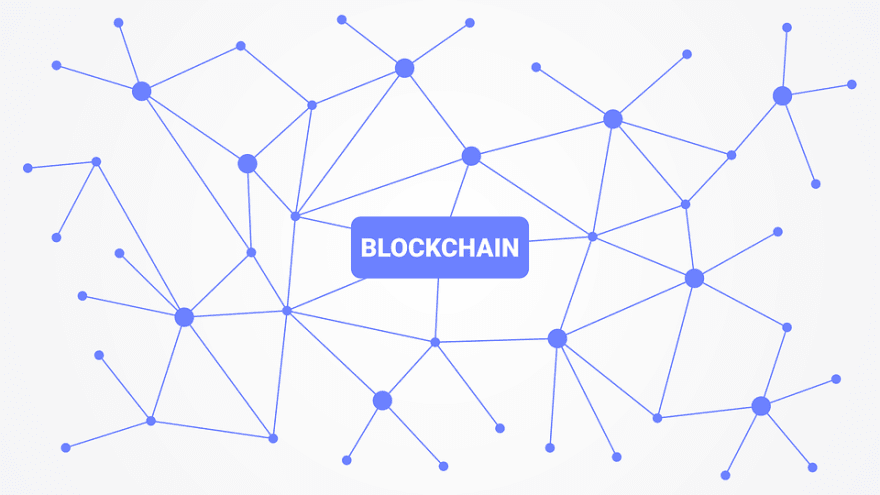 The concept of blockchain was introduced in 2008 when was released the Bitcoin by Satoshi Nakamoto who described this as a purely peer-to-peer version of electronic cash. As Blockchain tech at first was only used with Bitcoin for Bitcoin-based financial transactions, during the initials the people saw blockchain as the same as Bitcoin. But, then people saw that the blockchain mechanism was not only restricts to financial transactions in Bitcoin.

Blockchain is distributed and decentralized open ledges that is cryptographically managed and updated by consensus protocols and agreements among its peers. Knowing this way of work began to surge other types of application like Ethereum, Hyperledger, and so on, along with the currencies Litecoin, Namecoin and others.
Here a list of industry that use blockchain as basic technology:

Cryptocurrency: Bitcoin is the prime example of this. Apart from this, there are various alternative cryptocurrencies, such as Ethereum, Litecoin, Peercoin, and so on.

Cybersecurity: There are various companies and projects harnessing the distributed nature of blockchain to create special authentication protocols for mass usage.

Healthcare: Scalability is one of the best catalysts of blockchain; a lot of projects are securely storing data and using analytics to come to the perfect solution. Providing decentralized patient records and authentication is already being used at various facilities.

Financial services: A lot of insurance and financial institutions are using blockchain to maintain the vast bank data, such as financial records, ledgers, guarantees, bonds, and so on.

Manufacturing: Supply chain, prototyping and proof-of-concept, along with the tracking and tracing of goods is utilizing blockchain at the best efficiency.

Governance: A lot of governments are racing toward becoming the world's first blockchain-powered state. Blockchain are being used across most government departments and not restricted only to public safety, transport, health, and shipping.

Retail: A lot of startups and projects are aiming to introduce open no-middlemen-based ecosystems; some are working on loyalty systems and blockchain-derived gift card systems.

Media: Record labels can use blockchain to keep their ownership network and intellectual property rights secure.

Travel: Projects are being worked on to introduce and revolutionize vehicle leasing, ride sharing, and other travel-related queries.

Legal: Blockchain can bring transparency and solve the scaling issues in the ever-complex legal systems that are in place.

Peer-to-peer network (P2P): Unlike to conventional networks where all the system are connected to a central server that acts as a central point of communication among systems. P2P network can communicate with one to another without the need of central servers or hosts.

Image of conventional network vs P2P: 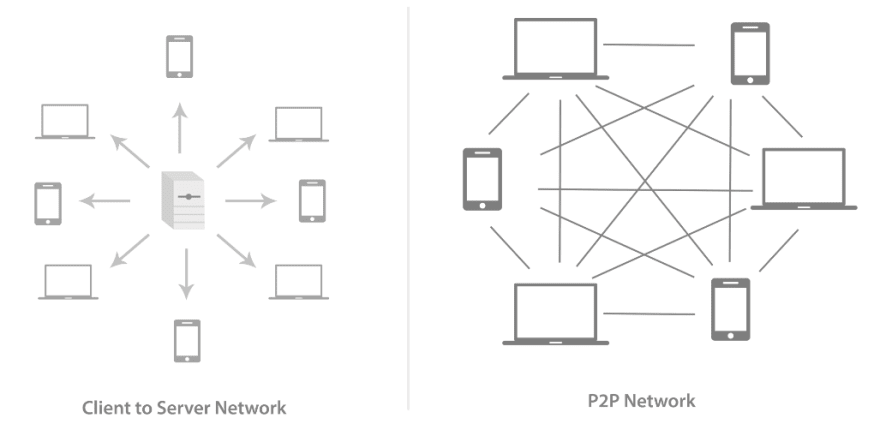 Block: Is the smallest element of a blockchain; The first block is called genesis block and each block contains batches of hashed and encoded transactions. Each one are stored in a Merkle tree formation.

Block header: This contains metadata about the block. In the case of bitcoin is considered the following: Bitcoin version, Previous block hash, Merkle root, Timestamp, Mining difficulty and Nonce. Check the picture: 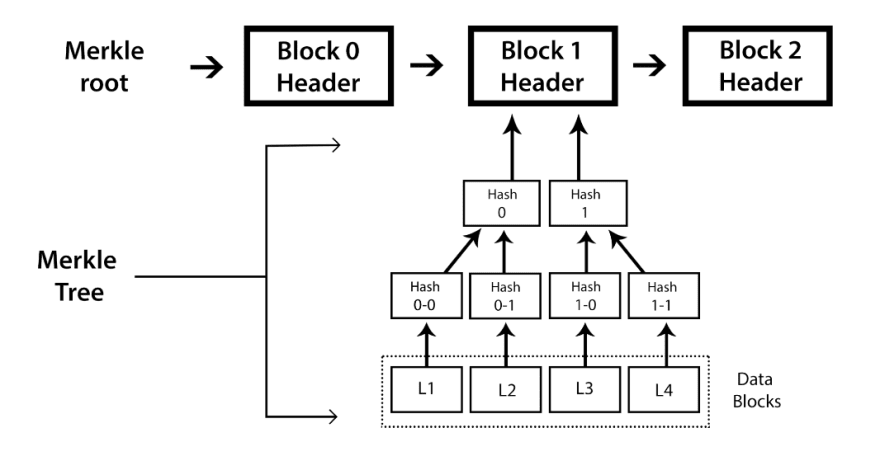 Wallet: Is used to store public or private keys along with addresses for a transaction. There are various types of wallets available.

Software: This wallet is installed on the actual computer; the private key access is with the owner of the machine on which the wallet's software is installed.

Web Wallets: These wallets are based on the cloud and can be accessed anywhere. The private keys are shared with the wallet service.

Paper Wallets: The private keys of this wallet are printed on paper.

Hardware: These are physical wallets and are small and portable in nature. The private keys are with the hardware users of each wallet.

Transaction: Is the process of transferring data from one address in blockchain to another address.

Node: is a copy of the ledger managed by a participant of the blockchain network.

We can classify blockchain into multiples types based on the type of access and nodes: 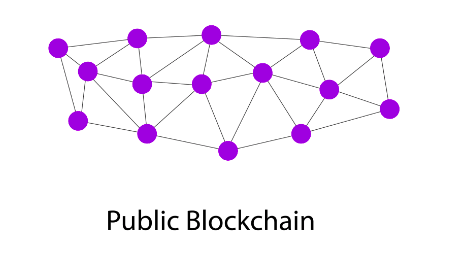 Public Blockchain: is a blockchain where anyone in the world can become a node in the transaction process. It is a completely open public ledger system. Public blockchains can also be called permissionless ledgers. Some popular examples of this type of blockchain are Bitcoin, Ethereum, Litecoin, and so on. 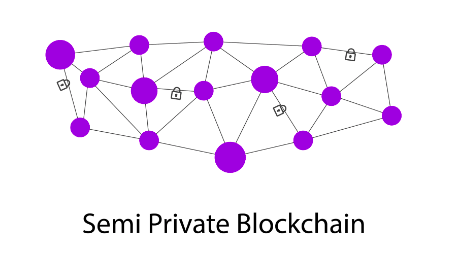 Semi Private Blockchain: is usually run by a single organization or a group of individuals who grant access to any user, who can either be a direct consumer or for internal organizational purposes. This type of blockchain has a public part exposed to the general audience, which is open for participation by anyone. 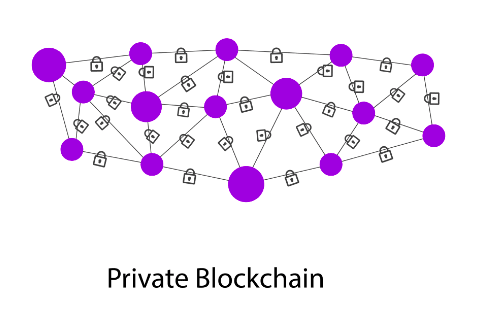 Private Blockchain: in this one, the write permissions are with one organization or with a certain group of individuals. 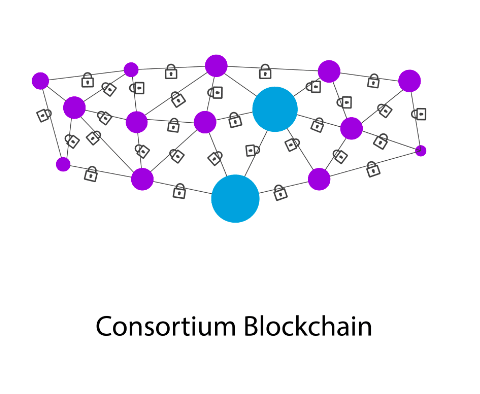 Consortium Blockchain: In this type of blockchain the consensus power is restricted to a set of people or nodes. It can also be known as a permission private blockchain.

Consensus is the process when all participants of the network agree on the validity of the transactions, ensuring that the ledgers are exact copies of each other. For this process are used the mechanisms of consensus, for handle the validations, some prime mechanisms for consensus by blockchain are the following:

Proof of Work (PoW) This is the most commonly used consensus mechanism, also used by the first ever cryptocurrency, Bitcoin. This algorithm has proven most successful against Sybil attacks.

Proof of Stake (PoS) this makes the mining of new blocks easier for those who have the highest amount of cryptocurrency.

Delegated Proof of Stake (DPOS) one small change it has over PoS is that each node that has a stake can delegate the validation of a transaction to other nodes by means of voting.

Proof of Importance (POI) this is designed to be energy efficient and can also run on relatively less powerful machines. It relies on stake as well as the usage and movement of tokens to establish trust and importance.

Proof of Elapsed Time (PoET) this is a blockchain algorithm created by Intel, using Trusted Execution Environment (TEE) to have randomness and security in the voting process using a guaranteed wait time.

Proof of burn (PoB) this is mostly used for bootstrapping one cryptocurrency to another. The basic concept is that miners should prove that they have burned coins, that is, they have sent them to a verifiable unspendable address.

Proof of activity (PoA) A random peer is selected in this from the entire network to sign a new block that has to be tamper-proof.

There is a roadmap to understand blockchain structure and its uses, it is important also read about cryptoeconomics and some concepts of conventional financial transactions, like the payment process credit card based. You can follow the references if you want to dig deeper:

Mairelin Roque Riely
What are the coolest uses of AI you've seen in the last couple of weeks?
#discuss #ai
Music Monday — What are you listening to? (Classic Rock Edition)
#watercooler #music #discuss
Thank You DEV 😊
#beginners #codenewbie #discuss #showdev

Once suspended, mairelin will not be able to comment or publish posts until their suspension is removed.

Once unsuspended, mairelin will be able to comment and publish posts again.

Once unpublished, all posts by mairelin will become hidden and only accessible to themselves.

If mairelin is not suspended, they can still re-publish their posts from their dashboard.

Once unpublished, this post will become invisible to the public and only accessible to Mairelin Roque Riely.

Thanks for keeping DEV Community 👩‍💻👨‍💻 safe. Here is what you can do to flag mairelin:

Unflagging mairelin will restore default visibility to their posts.