These blog posts assume that you are familiar with React and React Native. For simplicity, I will also use Expo.

I also assume that you already know the benefits of using ReasonML. If not I highly recommend checking ReasonML docs or old but still very relevant "Why ReasonML?".

This is the first part of the blog post series about building a mobile app with the use of Expo and ReasonML. The main focus on in this part is on setting up the project and writing the first component in ReasonML.

In order to be able to use ReasonML in our Expo app, we will need to add BuckleScript (now known as ReScript). It is needed to compile the ReasonML/ReScript code to JavaScript.

We will also need React Native bindings. I will talk more about bindings in the upcoming blog post of this series. Bindings allow for a typed interface between JavaScript code and your code in ReasonML.

First, let's start with creating the Expo app (in case you do not have Expo installed check out the docs):

in the next step Expo will ask you what template to use:

I would recommend using the blank (Typescript) template from the Managed workflow.

create bsconfig.json in the root of the project

bsconfig.json is a configuration file used by ReScript (former BuckleScript)

In App.re we will create our first component in using ReasonML:

Let's add three scripts that will allow us to build, clean and build in a watch mode our ReasonML code.

edit App.tsx in the root of the project

Expo project comes with an initial App.tsx we will edit it to use the App.re from src directory as our root component:

We import the App.bs.js file as this is the file that gets created by ReScript compiler.

In one terminal let's run the ReScript compiler in the watch mode:

In the other run the Expo app: 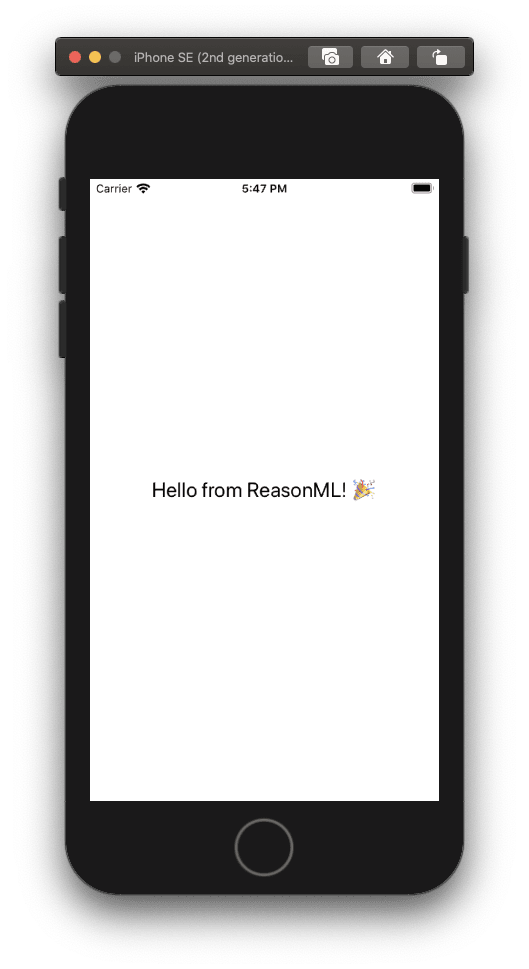 Adding the ability to write ReasonML isn't hard so give it a try and see for yourself what benefits it can bring to your project!

I created a small helper - Expo ReasonML Starter so there's no need to go through these steps every time you want to build a new app in Expo.