If you write about web development you probably use screenshots. Whether it's for tutorials or documentation, a good screenshot can help guide readers. A bad screenshot can confuse them. I challenged myself recently to create the WORST screenshot just to think more about what makes a screenshot bad.

I gave myself a caption to make a screenshot for. I chose "Start writing a new post on Dev.to". Here is my work of "art": 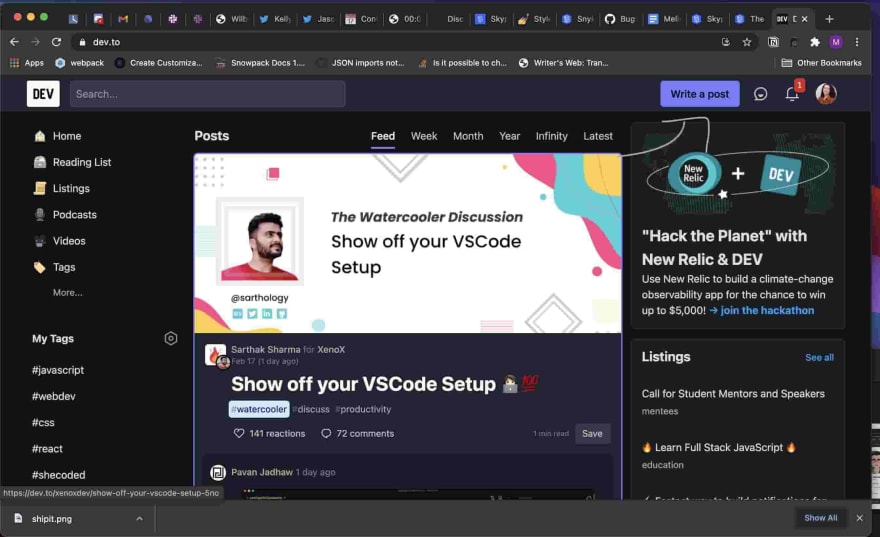 It has several key horrible elements:

Then I tried to create a "good" version: 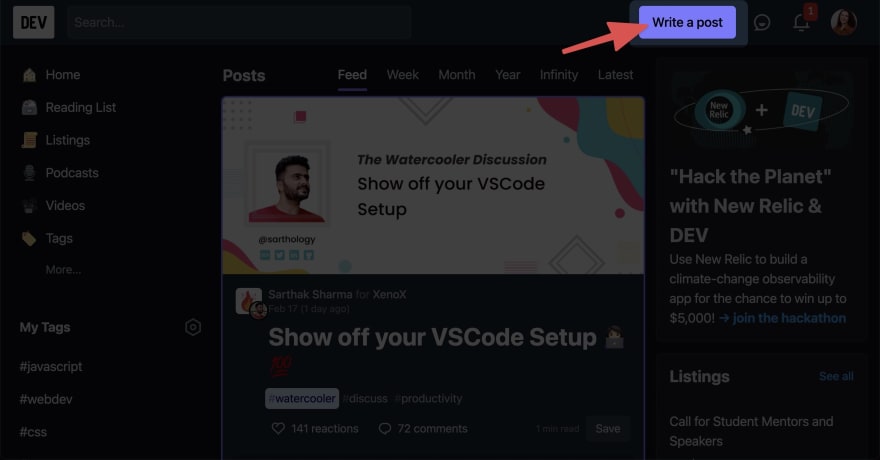 This is a lot less fun but it has:

Then I thought about how I could make ANOTHER bad screenshot. But include elements of the "good" one: 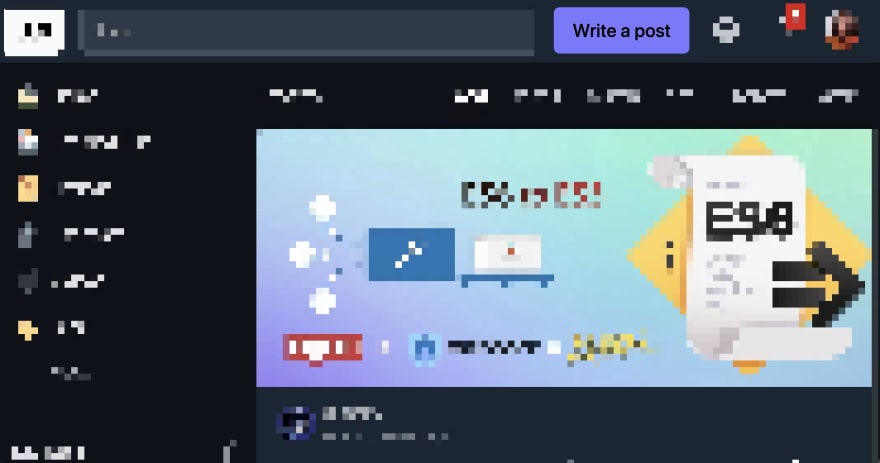 For professional documentation you probably want to go with content skeleton-style placeholders. These are illustrations where the elements are simplified so it's still recognizable as the user interface but much easier to understand. As far as I know you'd have to hand-draw or hand-code some CSS (unless there is some solution I don't know about).

If you have any tips for making the "bad" one worse or the "good" one better, let me know in the comments.

The roadmap to technical writing

How long should blog articles be

My first week as a web developer

Once suspended, melissamcewen will not be able to comment or publish posts until their suspension is removed.

Once unsuspended, melissamcewen will be able to comment and publish posts again.

Once unpublished, all posts by melissamcewen will become hidden and only accessible to themselves.

If melissamcewen is not suspended, they can still re-publish their posts from their dashboard.

Thanks for keeping DEV Community safe. Here is what you can do to flag melissamcewen:

Unflagging melissamcewen will restore default visibility to their posts.