What if I tell you that there is a way to either greatly decrease your time spent studying, or greatly increase the amount you learn? Doesn't matter if it's CSS, HTML or geography.

I was never able to study in a way of memorizing stacks of texts. I need some sort of game that can keep me entertained while studying. I have recently tripped over term called Spaced Repetition. Spaced repetition is a study method which uses spacing effect which describes how our brains make better connections and overall remember things more effectively when we space out our learning over time.

The following curve better describes the review cycle that can help memorizing topic for longer period of time. 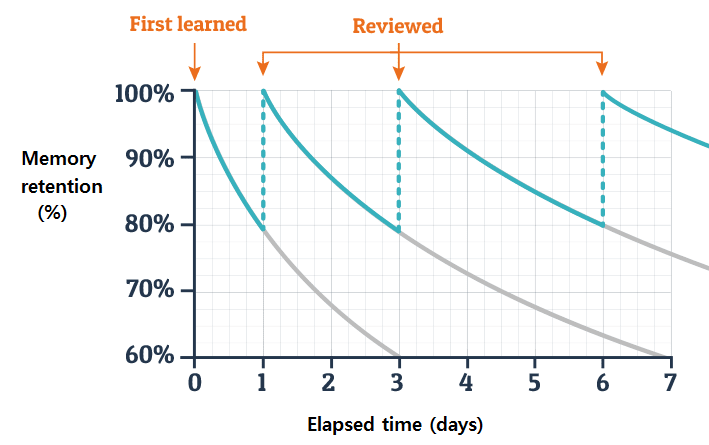 To apply Spaced repetition in studying, I use an app called Anki. It's multiplatform (Web, Android, iOS (paid), Mac, Windows and Linux) app that is based on flash cards.

You can download them on my Github repo, simply import them to Anki and start studying!

There are some advanced stuff in those decks that I was not aware it even exists.

Let me know which decks should I create next! React? NodeJS? HTML elements?

michalhonc
Do you know the difference between inherit, initial, unset, and.. And revert?
#css #inheritance