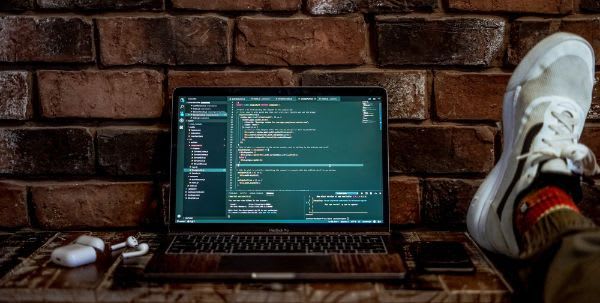 Have you ever wondered what was the use of the sixth argument of a function while reading code you wrote 2 months ago? I think it happened to all of us at least once, no matter the language we use. Unless this language has named arguments or something similar.

⚠️ Read more of my blog posts about tech and business on my personal blog! ⚠️

In this series of post, I'll go over the new things we can find in the last version of PHP. Let's dive together into the eighth version of PHP, see what's new and how it could be useful for us.

Named arguments aren't huge news. As I said earlier, it's a functionality that was already existing in some other languages. They sometimes name it “labels” in Swift, but it's quite similar all in all.

Even in the PHP world, named arguments aren't a big new thing. For several years, in the last few versions, JetBrains displays in PHPStorm the name of the arguments in front of the values we want to execute for a function. It's a big help in reading and understanding the code. Of course, it's just displaying, the signature of your function doesn't really change.

The specificities of PHP 8

The syntax offered by PHP for this new functionality is the following :

And this is without changing the declaration :

At first sight, it doesn't change much and can seem a bit useless. But named arguments offer a lot of flexibility, they simplify the code and make it easier to read too.

As you precise the name of the argument you want to use, the interpreter knows what you're talking about. This way you don't have to follow the order of arguments declaration.

You can also mix positioned arguments (the classic way to do it) and the named arguments. You get to choose what works best for you.

However, you must always use the positioned arguments before the named arguments. You can easily understand why : if you have already indicated arguments, how can the interpreter guess which argument we want to use based on its position?

Of course, all these rules and new features apply to the constructors and class methods too. Let's see an example here:

Now you know (almost) everything about named arguments. You know how to use them and how to avoid rookie mistakes.

I have used this feature in several other languages and I really think it's a useful one. It makes my code so much easier to read without giving it kilometer-long variable names like you would in Java.

It makes the code easier to read right away, but also when you go back to it a few months after writing it. You need less context to understand the code, so it makes for an easier maintenance too.

What's your opinion on this? Let me know in the comments or on social media.

Make a simple nav-bar with Laravel and Bootstrap

How To Integrate Google Calendar API and friendship with Laravel. Part 2

Once suspended, mindsers will not be able to comment or publish posts until their suspension is removed.

Once unsuspended, mindsers will be able to comment and publish posts again.

Once unpublished, all posts by mindsers will become hidden and only accessible to themselves.

If mindsers is not suspended, they can still re-publish their posts from their dashboard.

Once unpublished, this post will become invisible to the public and only accessible to Nathanaël CHERRIER.

Thanks for keeping DEV Community 👩‍💻👨‍💻 safe. Here is what you can do to flag mindsers:

Unflagging mindsers will restore default visibility to their posts.