Many of us would have heard about the two major WhatsApp outages recently when it was down for about an hour each time. For the general public, WhatsApp was down for an hour. But for software engineers, WhatsApp was back within an hour. This made me wonder what it was, that enabled the engineers working at WhatsApp to restore the services so fast. 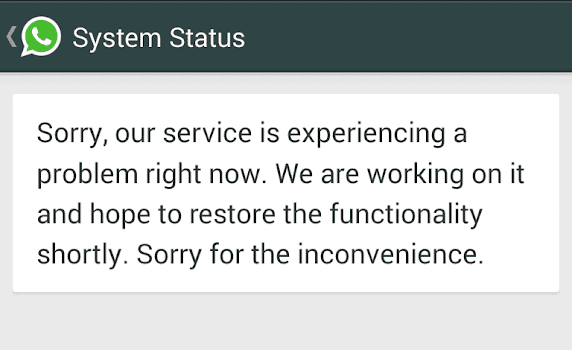 What if I tell you, it was a very normal turbulent production failure for them. Yes, huge companies like Netflix, Facebook, and Google use a method of engineering called Chaos Engineering.

To explain Chaos Engineering in layman terms: To be good at something, if one practices it in extreme conditions then it would get easier for the person to perform in normal conditions. Similarly, if a software engineer has seen extreme conditions in production, it becomes a challenge for him/her to code in such a way that their service fails if such an extreme condition occurs. If at all it comes, they would have experienced it before and so it becomes easy to bring the services back. 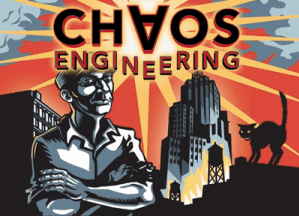 Chaos Engineering is the discipline of experimenting on a distributed system in order to build confidence in the system’s capability to withstand turbulent conditions in production.

Chaos Engineering can be thought of as the facilitation of experiments to uncover systemic weaknesses. These experiments follow four steps:

The harder it is to disrupt the steady-state, the more confidence we have in the behavior of the system. If a weakness is uncovered, we now have a target for improvement before that behavior manifests in the system at large. In layman terms: Break your system, see the difference between steady-state and experimental state, lesser the difference, lesser it will break in production. If the difference is more, you have a target for improvement before actually experiencing it in production.

Netflix, a pioneer in the field of Chaos Engineering, uses a tool called Chaos Monkey. It randomly picks a server from production deployment on AWS (Amazon Web Services) and kills it. Executives at Netflix knew that server failures are guaranteed to happen and they wanted servers to fail during working-hours so that it could be fixed it in the presence of their engineers. They knew that they could rely on engineers to build resilient solutions if they were given context to expect servers to fail. If they could align their engineers to build services that survive a server failure, then when it actually happened, it wouldn’t be a big deal.

How can it help you?

Suppose your team has built the next wave of advancement the whole world has been waiting for. You are to launch your service but there are questions rumbling in your mind:

The truth is: You can never be sure. There will always be something that can be wrong or will go wrong. Some things aren’t in your control like denial-of-service attacks or network failures. Sometimes, bad things just happen.

Possibly The only solution for it is to build quality software that is resilient to failures. As the saying goes - "Hope for the best, prepare for the worst" But how can your team be sure that your system is ready for production and is ready to face all difficulties/failures? This is where Chaos Engineering comes into the picture.

It may indeed sound like it, but it definitely isn’t testing. Chaos Engineering is an experiment on the production environment and there is certainly no way to accurately duplicate the production environment at scale (as in testing). The experiment itself is going to have a systemic effect that could change your results, so the only way to accurately build conflict in the system that you have now is to experiment on it.

The purpose of Chaos Engineering is to experience disastrous conditions. This might sound like a difficult task and it does require a lot of creativity but the extra effort is worth it. You must inject failures in your system such that certain parts of your infrastructure becomes unavailable. Some examples are: terminate cluster machines, kill worker processes, delete database tables, cut off access to internal-external services, etc. Later you can also simulate events capable of disrupting steady-state like high latency due to slow networks.

These experiments are a bit difficult but whatever you decide to do, you’ll be surprised at how much you can learn from chaos. There are a lot of tools worth mentioning :

I hope you got an idea about Chaos Engineering - a powerful approach to build resilient systems!

Basics of Signals and Systems

Once suspended, mishal23 will not be able to comment or publish posts until their suspension is removed.

Once unsuspended, mishal23 will be able to comment and publish posts again.

Once unpublished, all posts by mishal23 will become hidden and only accessible to themselves.

If mishal23 is not suspended, they can still re-publish their posts from their dashboard.

Once unpublished, this post will become invisible to the public and only accessible to Mishal Shah.

Thanks for keeping DEV Community 👩‍💻👨‍💻 safe. Here is what you can do to flag mishal23:

Unflagging mishal23 will restore default visibility to their posts.