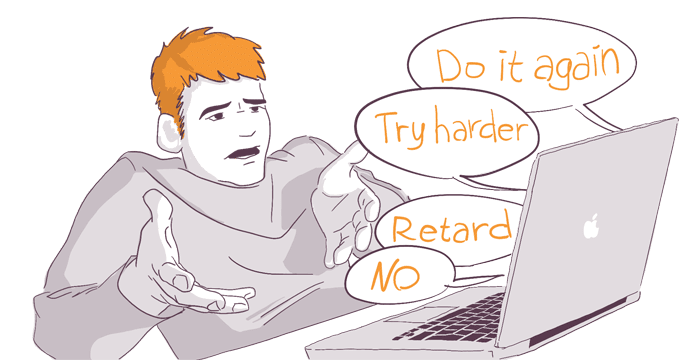 Many times after finishing courses – online as well as the offline ones – I had to answer student's questions, which can be called in general: «What's next?».

Different people state this question differently, depending on their temper and mood: «what to learn next», «can I send resumes already», «how to look for a job», «what to do now» — but, this way or another, a lot of them try to discover the next steps on the way to professionalism.

Since I am lazy, I decided to collect all my usual responses to these questions in this short article, in order not to repeat myself. (And since I am incredibly lazy – I have been writing it for half a year.)

I have completed the course (read the self-teaching guide/written my first program/watched 10 video tutorials) – what's next?

The most important point. The study should not stop after having got some certificate, having read a book (and even having got a degree). In our field you should learn constantly, non-stop. No way this means that you should learn «all the programming languages» (or even the top-5), as well as «all the databases» or, say, «all the frontend-frameworks».

But «don't stop» means trying to get better all the time.

Have made an application with databases usage? And can you write a query in plain SQL? And how about normalization and denormalization, query plans and their optimization? And what about general understanding of differences between popular Dbs, and what is NoSQL and why do you need one?

Have drawn a cool modern UI and made it move? What's with your understanding of frameworks, ES6, HTML5, CSS3, common UX and design principles?.. So, I think you got the idea.

Knowing some modern fields of usage of your programming skills (and even more important – curiosity towards them) – that's what you should think about.

What's at the top of technological news?

Games (always!), mobile technologies, virtual reality, big data, cartography, social structures, robotics – something in here jangles neurons? Buy a book, download a course, try to make a demo. Even if it seems like «I can't even program well yet» – often it's much more useful to be a junior, who can say «yeah, by the way, I know a little about neural networks... just read some books, but can imagine a » between this and then, than to be a junior, who learned only Ruby on Rails + PostgreSQL + AngularJS, for example.

(I hear a quiet thud: this is my colleagues and students fall unconscious.)

Yeah, as much as surprisingly it is to hear such words from a teacher. The thing is that programming is a very practical profession, on the lowest levels – in general, a skill. A programmer who has completed 184 courses and knows all the classic books about the proper architecture by heart, but never has been messing around with a real project, is like a carpenter who has been studying in the University of Carpenting for five years but never has held a plane in his hands.

A lot of skills and approaches are sharpened only «in fight», and a «teaching project» picked by a mentor is not very good for this. More than that: An apprentice of the carpenter who isn't interested in trying to hold a plane in his hands himself or to learn how to make this stool – is almost a gone case.

However, books, courses, articles, presentations are useful. If not alternate them with practice, you can stay «a carpenter-theorist» for all your life. But if you ignore them at all, you can stay a skillful apprentice for all your life. Not the worst fate, in our profession even apprentices earn a lot... But it's a little shameful. And it's much less than you could achieve by a well-balanced self-education.

In my experience, after the previous point's recommendation a lot of people usually say «yes, but...» — «yes, I would like to take part in a real project, but where can I find one?.. no one wants to take juniors without experience even for an internship...»

Now: want to earn experience – don't save yourself!

At first, everything will be bad. Almost for sure.

If you are not a great genius-the-savior-of-mankind (cool, if so!), then it's very likely that:

The worst thing that could happen to a programmer is turning ahead of time into a grandpa-on-the-bench, who writes on Habrahabr mean posts «why technology X is a bunch of shit», or «how the community of the language Y humiliates newbies». This is a way to the profession «famous publishers nobody needs», respected, but useless.

And the best thing that could happen after the first round of rejections, critics and ignoring: take into account all the constructive, forget everything else.

And, between this and then, memorize. And remember it several years after, when your libraries will collect hundreds of stars on github, recruiters will line up, and new technologies will be conquered at the drop of a hat – remember this period of time, and be kind to newbies.

And what were your first steps after completing another course? Tell us in comments, share your experience with readers.

Services for businessess, knowledge for people

Learn programming with a mentor. Your mentor will teach you everything he or she knows and will help you to achieve your goal.
Code of Conduct • Report abuse

How to use gradient in flutter