Traditionally in a .NET or Java Server application, the APIs have been secured using SessionId. After a user authenticates with the server; the server generates a unique sessionid and this sessionId is sent to the client in the Http Response. All further communication between the client and server will carry this sessionid in the payload. Though the HTTP protocol is stateless; using this sessionid helps the server to track the client and group all the client's requests as being part of one conversation. Now, this approach has worked for a long time; but it has some significant weaknesses.

So the industry guidance today is to avoid baking in API security into code. (read sessionid). Today in the world of cloud development; it is recommended to adopt the infrastructure for security instead of baking it in code.

Using infrastructure for API security has the following advantages.

The goal here is to look at how we can secure APIs hosted behind the API gateway. We will look at Okta (Identity as a service provider) as the OAuth2.0 token generator and API gateway ensuring each API request is authorized.

As the above pic shows Okta issues the Access card (token to be exact) and the Gateway sits in front of each door (API to be exact) and validates whether the user has access to the said API.
Okta actually generates two tokens. ID Token and Access Token. We will focus on the Access Token. According to Wikipedia, an access token is defined as
"In computer systems, an access token contains the security credentials for a login session and identifies the user, the user's groups, the user's privileges, and, in some cases, a particular application."

So how does Okta know what token to issue a user?. Befire we answer that question; let's look at Okta a little more in detail.

The above screenshot shows that Okta stores

Okta stores users and their passwords. (In most enterprises this will actually be federated from the Enterprise Active Directory.)

Okta configures the Client application (that will consume the APIs). The below screenshot shows an example Okta APP page with users assigned to it. Usually, you do not assign users directly to Apps, instead you would assign user groups to apps. 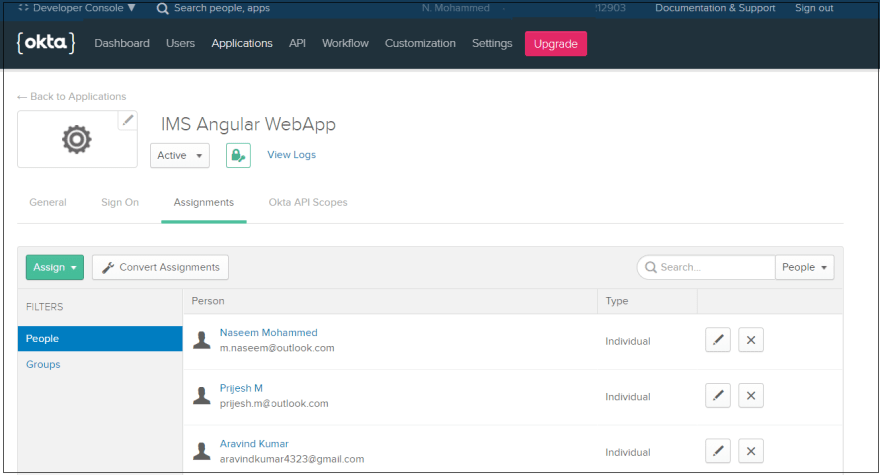 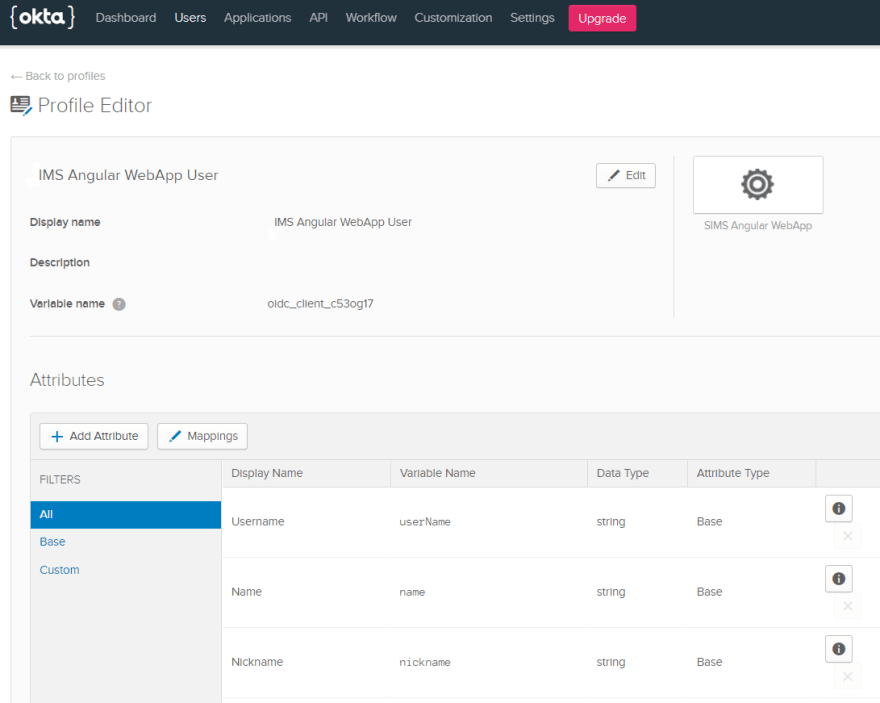 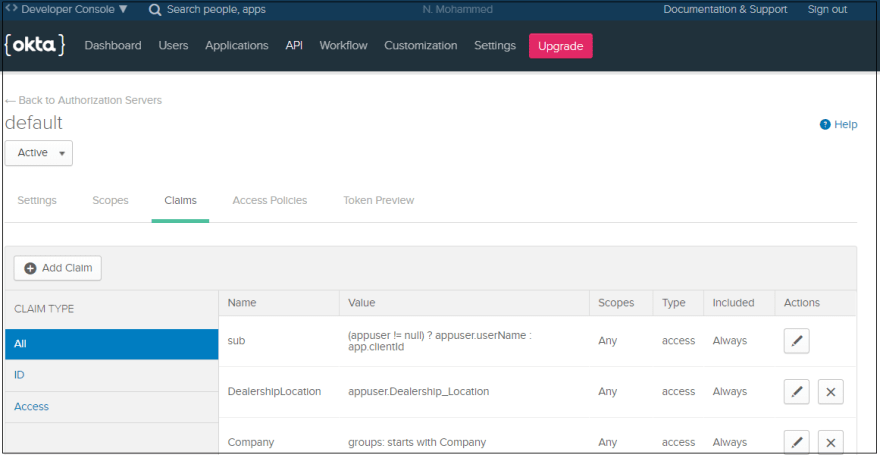 Okta provides an inbuilt utility where we can test the contents of the token.
Below is the screenshot for that. 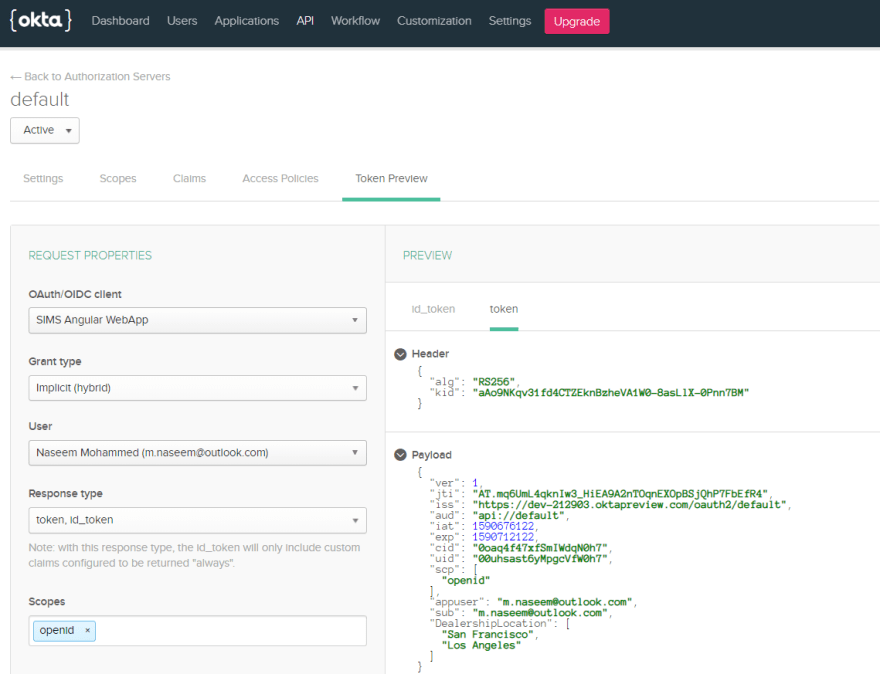 SPA application receives this token after the user Authenticates against Okta.
This is the token received by my application =>

if you drop the above token at jwt.ms; you will see the below screenshot. 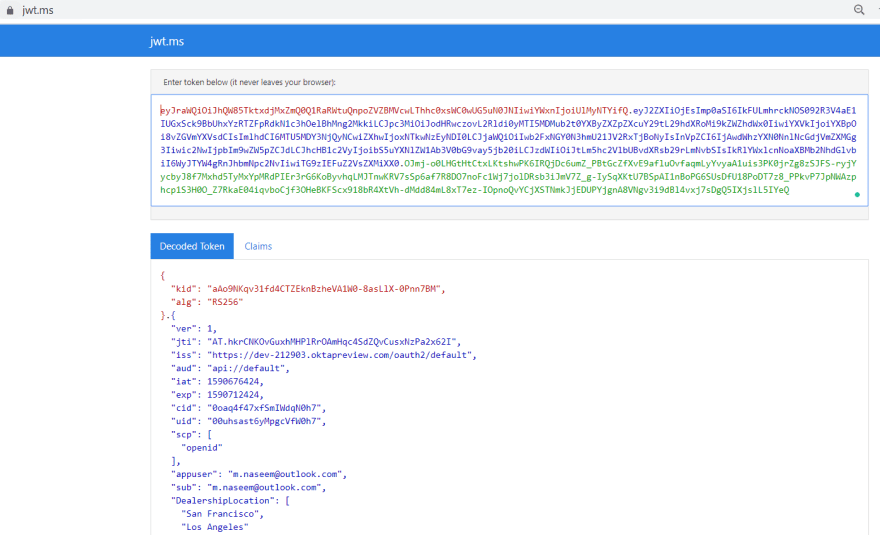 Now that we've got the token; we have to pass this in every API call we make to the Azure API Gateway. Because the Azure API Gateway checks each incoming request headers. It specifically looks for Header named "Authorization". It expects this header to have a valid Access token in it.

Azure API Gateway sits in front of all our APIs. We have to configure our API Applications such that it allows traffic only from Azure API Gateway, whether the application is hosted in Azure Kubernetes, Azure WebApps, or Function Apps. Assuming we have done that; let us look at how Azure API Gateway is configured to allow only requests with the right Access Token.

Below is a screenshot of the Azure API Management Portal.

Every API has one more Operation within it. In the above screenshot, we can see that the "Vehicle Pricing" API has a single "GET" Pricing Operation in it. "GET" being the Http verb. Azure API Management allows us to place policies within it. Policies are nothing but a set of rules. These rules can be set at

Policies can be for

JWT stands for JSON Web Token. This text is from Wikipedia "JSON Web Token (JWT, sometimes pronounced /dʒɒt/[1]) is an internet standard for creating data with optional signature and/or optional encryption whose payload holds JSON that asserts some number of claims. The tokens are signed either using a private secret or a public/private key. For example, a server could generate a token that has the claim "logged in as admin" and provide that to a client."
https://en.wikipedia.org/wiki/JSON_Web_Token

Now let's look at how we can configure the Validate JWT policy. 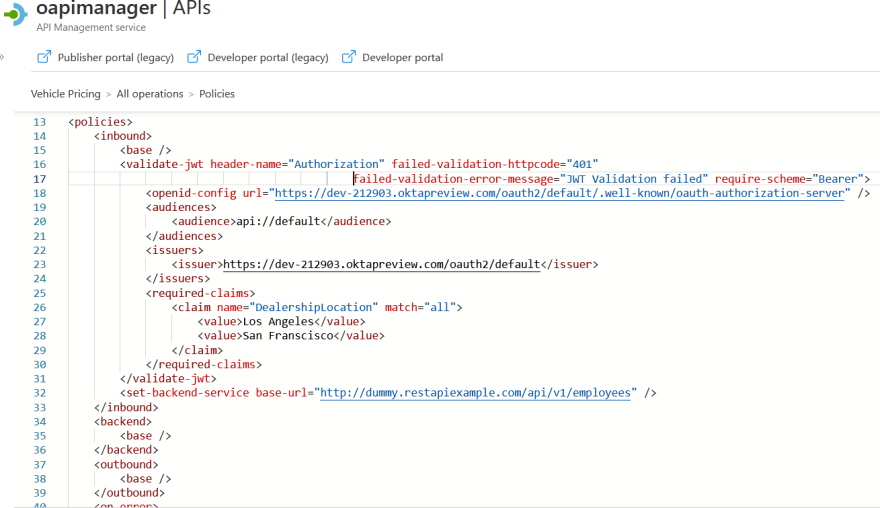 In the above screenshot, you can see a policy called Validate-jwt.

Explaining API Management to your mom

Once suspended, mnaseem will not be able to comment or publish posts until their suspension is removed.

Once unsuspended, mnaseem will be able to comment and publish posts again.

Once unpublished, all posts by mnaseem will become hidden and only accessible to themselves.

If mnaseem is not suspended, they can still re-publish their posts from their dashboard.