In this post I'll walk through how to get the default React Native project to build in Xcode 12.4 on Apple silicon. The steps are the same as the ones I followed to update my app, but I'll use the default project to keep things relevant. You can follow along to update your own project, but keep in mind that different modules you've added and their pods (i.e. Firebase) might not have yet added support for Apple silicon.

First, let's get a basic project to work with.

The problem is that we're building for the x86_64 iOS simulator, but building and linking with arm64 libraries and code. We have some settings to change. First, open Xcode

We're going to exclude the arm64 architecture from our build. Under Targets, select your project -> Build Settings -> Excluded Architectures, and add Any IOS Simulator SDK : arm64 for both Debug and Release. Do the same for your Pods project. 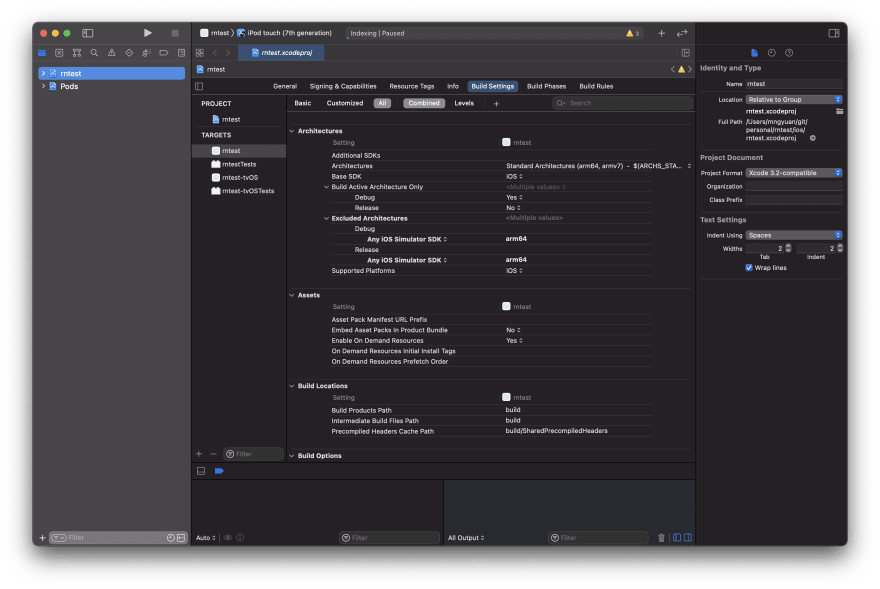 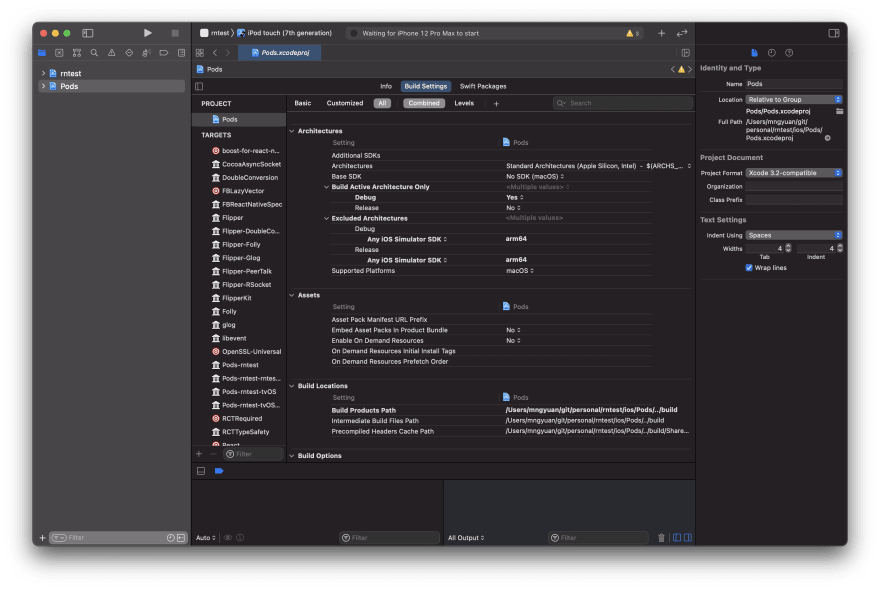 If your project for some reason has VALID_ARCHS set, you'll want to remove that key from your project as well (and the Pods project) at this stage.

We're very close to done, but the version of Flipper installed in your pods is likely not new enough to include the fixes for M1 macs. Open ios/Podfile and apply the following

And update your Pods

Everything should work now! If you're still having problems they may be related to a specific Pod which doesn't play nice with the M1 yet.

How to add Fathom Analytics to your Remix.run app

Once suspended, mngyuan will not be able to comment or publish posts until their suspension is removed.

Once unsuspended, mngyuan will be able to comment and publish posts again.

Once unpublished, all posts by mngyuan will become hidden and only accessible to themselves.

If mngyuan is not suspended, they can still re-publish their posts from their dashboard.