The last years I mainly worked on the frontend part of web & mobile applications but I also did some minor backend work. Since mid of this year, I am working to improve my backend knowledge and started to focus on Java backend development using Spring Boot.

As I watched multiple Java tutorials on Pluralsight I stumbled upon JHipster and felt immediately in love with it.

In this article, I will tell you why I love JHipster and how you can quickly start a JHipster project.

Basically, it is a Yeoman generator which creates applications that include Spring Boot, Bootstrap and Angular (or React or Vue).

Julien Dubois started the project in 2013 and is available on GitHub.

If you like to see JHipster in action, I can recommend the following screencast from Matt Raible:

Why Should I Use JHipster?

In my opinion, JHipster is amazing as it

Make sure to install Java, Git and Node.js which are prerequisites for JHipster.

Then we can install JHipster as global npm package: npm install -g generator-jhipster

Now we can create a new project and get started:

Now we can run jhipster which starts the generator 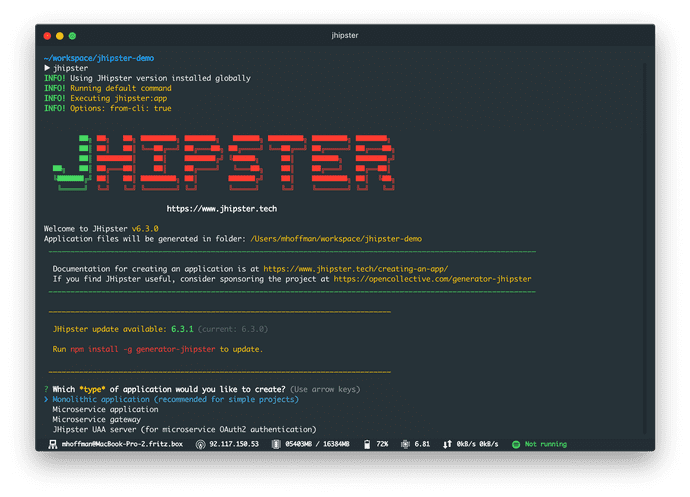 with the following selections:

I chose a monolithic application as a microservice architecture would be an overkill for a simple demo project. Besides that, I selected Angular as frontend framework with i18n support and some backend configuration for database, caching and monitoring.

Next step is to model our entities with JDL Studio and download the resulting jhipster-jdl.jh file: 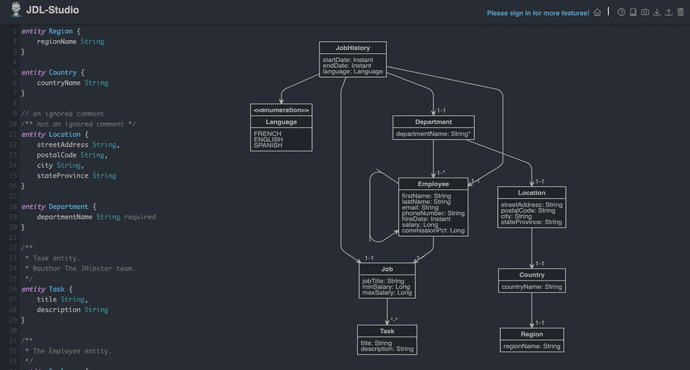 JDL Studio is a nice graphical tool for drawing JHipster JDL diagrams based on the JDL syntax. You not need to use this graphical tool but can also create entities using the command-line interface.

After downloading the .jh file we can now generate the entities with jhipster import-jdl jhipster-jdl.jh. In our example, we just import the default JDL Studio file which is also shown in the picture above. 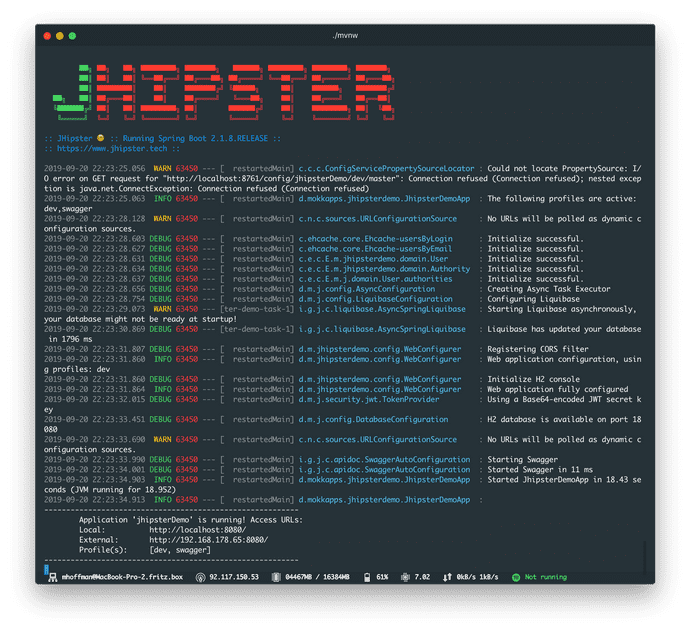 Run npm start which starts the Angular application which is then accessible on http://localhost:9000/:

Finally, we can log in and see some of the out-of-the-box features like the possibility to see and edit our entities, 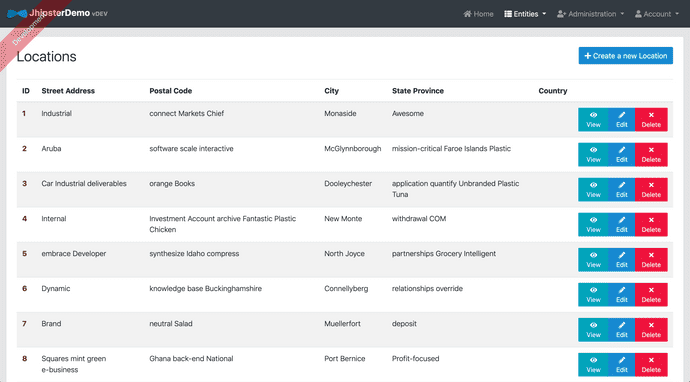 view metrics of the application 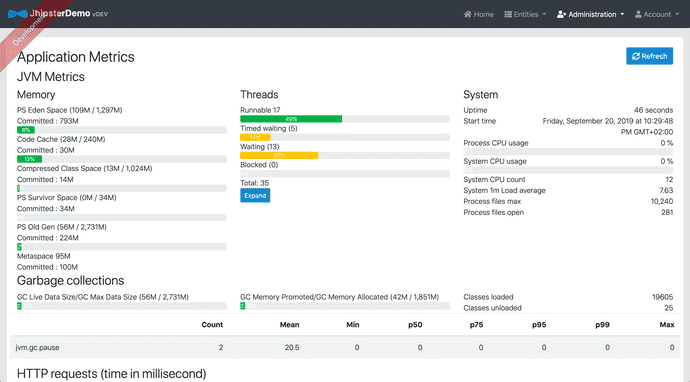 and a user management

In this article, I just showed you a quick start project and mentioned some of the advantages of it. JHipster is much more powerful as you can see in the official documentation. In my opinion, it is also a good sign if large companies are using the framework, as you can see in this official list.

Additionally, JHipster generates a lot of code which includes many libraries which you maybe do not know some of them. You can just add or modify the code without learning the fundamentals behind these libraries but this could lead to some future problems.

You should also keep in mind that a JHipster project is more of a big start than a small, lean project start.

Angular vs React: Which is better for your application?

Thanks for keeping DEV Community safe. Here is what you can do to flag mokkapps: