Last year I developed the Standup Picker which is an Angular application running in an Electron shell.

As I released new versions while older versions were already in use, I wanted to gain more confidence while releasing newer versions of my application.

As the source code is available at GitHub I researched for free alternatives to Jenkins which we used at work for Continuous Integration (CI).

I found Travis which is a free continuous integration platform for GitHub projects. 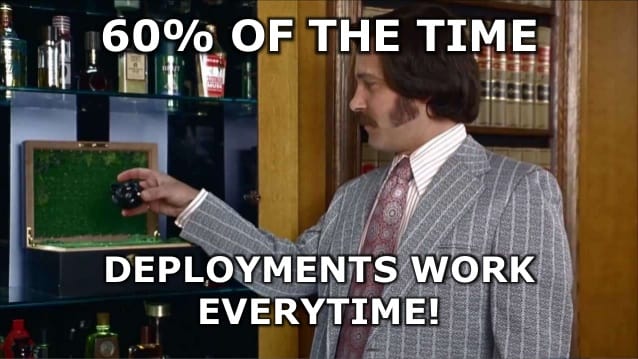 I wanted to integrate automated E2E and unit tests before each release of the Electron application. In my case, a release should be triggered if something has been merged to master. So the CI should basically perform these steps:

This way I can be pretty sure that my releases work as expected (at least all the stuff that I have covered by tests).

Integrate Travis CI in your project

To be able to use Travis you need to make sure that you have a GitHub account and that you have owner permissions for this project hosted on GitHub.

Next step is to visit the Travis homepage, sign up with GitHub and follow the instructions until you can select your project.

To be able to tell Travis CI what automated steps should be executed you need to add a .travis.yml file to the root directory of your repository.

I will now explain how I configured the .travis.yml file for my Electron application.

I start with a quote from the electron-builder website which is an NPM package I used to create my Electron releases:

Don’t expect that you can build app for all platforms on one platform.

As I wanted to create releases for OS X, Windows, Linux I had to define multiple operating systems. The main reason was that it is not possible to create a Linux release from OS X or Windows.

So I ended up running my Travis setup on Linux and OS X in parallel. My scripts check the current operating system and runonly in the correct environment.

These are the relevant parts of my .travis.yml file:

For the electron-builder I added some additional cache and variable configuration based on the official documentation:

Now we define the scripts which should be executed by Travis:

Electron needs a display driver as it is based on Chromium. You are not able to execute any of your tests (and Electron will fail to launch) if Chromium cannot find a display driver. To fix this issue we need to use a virtual display driver like Xvfb.

Xvfb is a virtual framebuffer which enables our tests to run in memory without showing an actual screen.

On Linux, we need to run the NPM test script via xvfb-run yarn <NPM_SCRIPT_NAME> on OS X and Windows Chromium is already correctly configured.

By running yarn release:<OS> from my package.json via electron-builder I could automatically create a new release draft on the GitHub release page if the unit & E2E tests have passed:

I really had to invest multiple hours to configure Travis correctly for my application. In the end, the time effort was worth it.

New releases have passed my tests and I can be sure that the basic functionality of the application is working.