Learning React Native might feel overwhelming at first. For first-timers, React Native can be a little difficult to learn. But with a well-structured learning process, incorporating the fundamental concepts of React Native is not that hard, even if you are a total noob. 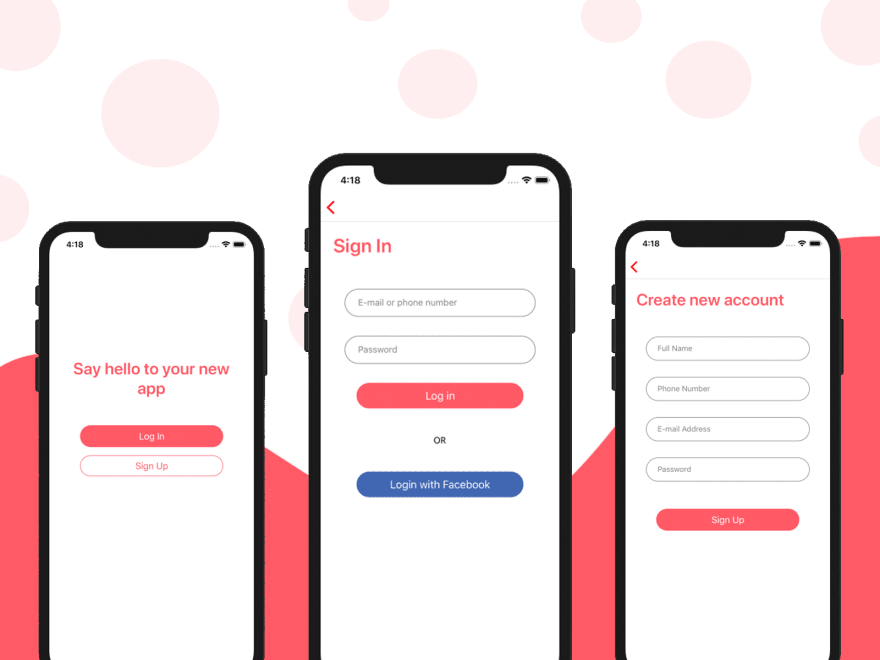 Learn by doing. If you already have some basic programming experience, building an app from scratch will allow you to learn React Native much faster than any books. So get some inspiration from existing apps, in order to come up with React Native project ideas.

Each of these React Native project ideas is described in a lot more details in the original article on Instamobile, including a detailed analysis of the features that can be built as well as the areas of React Native that you'll be learning about. Mobile development, in general, is a very complex process, and it has lots of wheels at work, so you need to decide where to start from, based on your preferences and needs.

You can spin off your own version of a Books mobile app in React Native. You can use an existing app as inspiration for coming up with features, such as Goodreads, Audible or Amazon Books.

Another great idea to build as a mobile developer noob is a mobile app for recipes. As a React Native beginner, you can get the basic knowledge on how to implement a simple app containing a recipes list and their detailed properties. You can find an open-source React Native recipes app here.

Another cool app idea to build first, as a React Native newbie, could be an Expense Tracker app. With your knowledge and creativity, you can create your own version of a Budget app in React Native. You can use an existing mobile app as inspiration, such as Wallet, Expensify or Expense manager.

The idea of implementing a Deals app in React native can seem a little complex at first, for total beginners. However, the learning curve that comes with it will be of immense value for a React Native beginner, to learn the core aspects of React Native projects.

Feel free to use an existing app as inspiration for the design of a deals app, such as DG Coupon, Coupon app, and SavYour. After all, these mobile apps are aready highly successful, so you need to mimic that level of success, by providing the best possible features for your deals app.

The idea of implementing a News app can be similar to that of Deals app above as you will need to pull the news data from different news portal sites. Or, you can only pull news data from one single blog, such as one backed by WordPress. Or any site that offers an RSS feed.

Before jumping into writing the code, check out a few existing news apps to use as inspiration, such as Bloomberg app, Medium app, or BBC news.

A Radio Music app in React Native is another great idea that can be implemented by first-timers, to learn how to build their first cross-platform mobile app. Aside from building the fancy UI elements needed by a radio app, you will also learn how to integrated audio & radio streams in React Native.

In order to come up with the right app idea, you can find some inspiration in existing successful music apps such as the Soundcloud, Google Play Music, or Spotify.

Implementing a “Find my Friends” app can be another great way for complete beginners to get started with React Native.

I highly recommend you to study a few existing successful notes mobile apps, that can be used for inspiration, in terms of design and features: Notepad, Google Keep, and Evernote. Consider using a rich text editor to provide a great user experience.

The app idea of implementing an Events App in React Native is a great way to build a fairly complex app, while still learning the language.

You can’t list so many React Native App Ideas without considering building a shopping app in React Native. The e-commerce app idea can be the most interesting idea for beginners since they can get to learn about different e-commerce app workflows, components, and core functionalities, such as a shopping cart.

These are several app ideas that you can use as inspiration while learning React Native. The best part is that these ideas are not restricted to React Native. In fact, we implemented a few of them in Swift, on iOS App Templates and in Kotlin, on Instakolin.

If you're stuck on getting started, you can always start with an open-source project that's similar to what you're looking to build, to get some code inspiration.

Will Native Development be dead for good in 2020?

HOW TO BLUR A BACKGROUND IMAGE IN REACT-NATIVE

React Devs, Why don't you use React Native for Web?