Object Oriented Programming (OOP) is a programming paradigm that is the cornerstone of modern software development. While OOP isn’t the only programming paradigm that exists, I would argue it is the most important to have a firm foundation of, and when used correctly, can lead to stronger and more robust software. But what is OOP and how can you make sure to understand it well? Let’s explore.

At a high level, in OOP there are 3 main pillars to understand for getting OOP down:

Encapsulation is the ability to enclose data that describes the object and the functions used to manipulate that data into one module container.

In OOP these are typically called classes and are at the center of the paradigm. The resulting variable when the variable is declared is called an object. An important part is abstraction so that only necessary features are exposed.

An example would be if you were programming a card game. In your card dec class, would you want someone else to modify the number of cards in the deck? Probably not.

Inheritance is the ability to take an existing class and extend its functionality to form another class.

Why is this important? Because it supports reusability with code reuse. This is because the new class has access to all of the parent functionality. The child class just needs to add new attributes and methods that are specific to its needs. 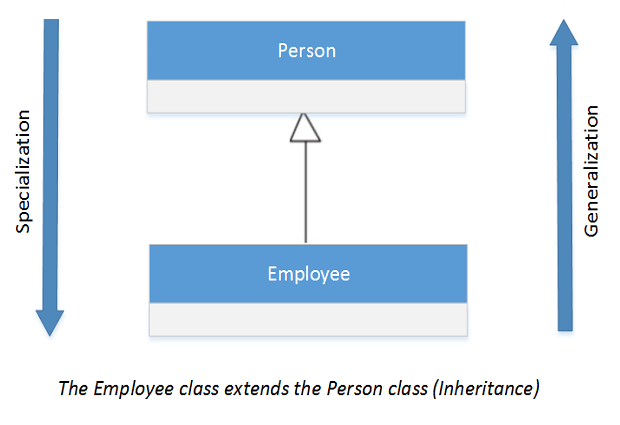 Polymorphism is the ability of similar objects to respond differently to the same message.

The final pillar of OOP is closely related to inheritance and yet is arguably far more important. The prefix poly means many; morph means form. Polymorphism then refers to the ability of a single type or class to take many forms.

How is this done? With method overriding: 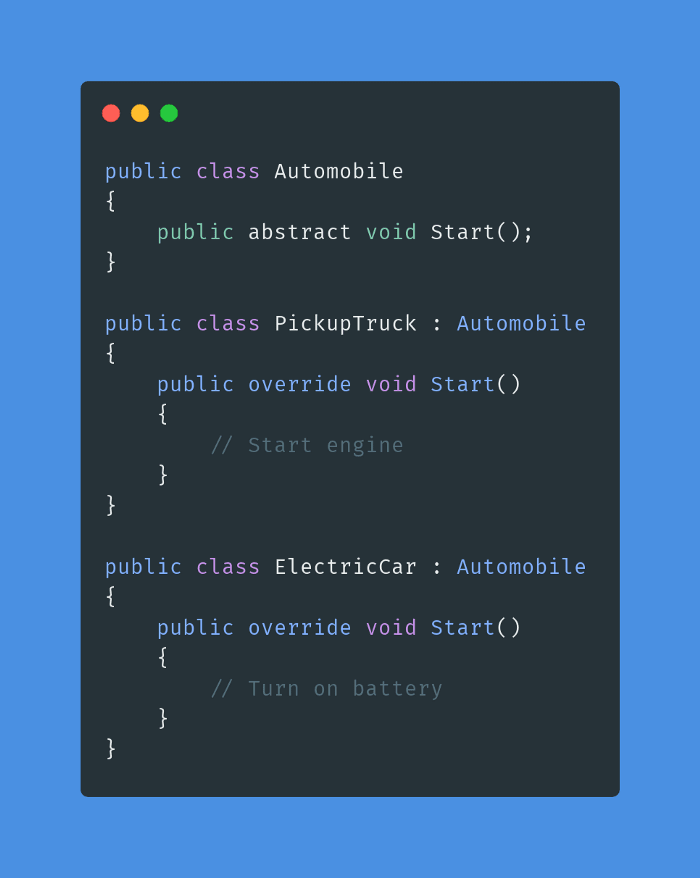 In the example above, you can see that both the electric car and the pickup truck inherit from Automobile and both override the Start behavior since both have vastly different needs. An electric car doesn’t need to start an engine while a pickup truck would (assuming it’s of the gas variety).

OOP isn’t the only programming paradigm out there. Can you name any others? Follow me on twitter for more programming posts!

Once suspended, mwrpwr will not be able to comment or publish posts until their suspension is removed.

Once unsuspended, mwrpwr will be able to comment and publish posts again.

Once unpublished, all posts by mwrpwr will become hidden and only accessible to themselves.

If mwrpwr is not suspended, they can still re-publish their posts from their dashboard.

Once unpublished, this post will become invisible to the public and only accessible to Joseph Maurer.

Thanks for keeping DEV Community safe. Here is what you can do to flag mwrpwr:

Unflagging mwrpwr will restore default visibility to their posts.