This post is a sequel to my past story where I succeeded in getting "Available updates" in admin panel of Drupal. 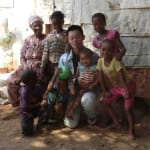 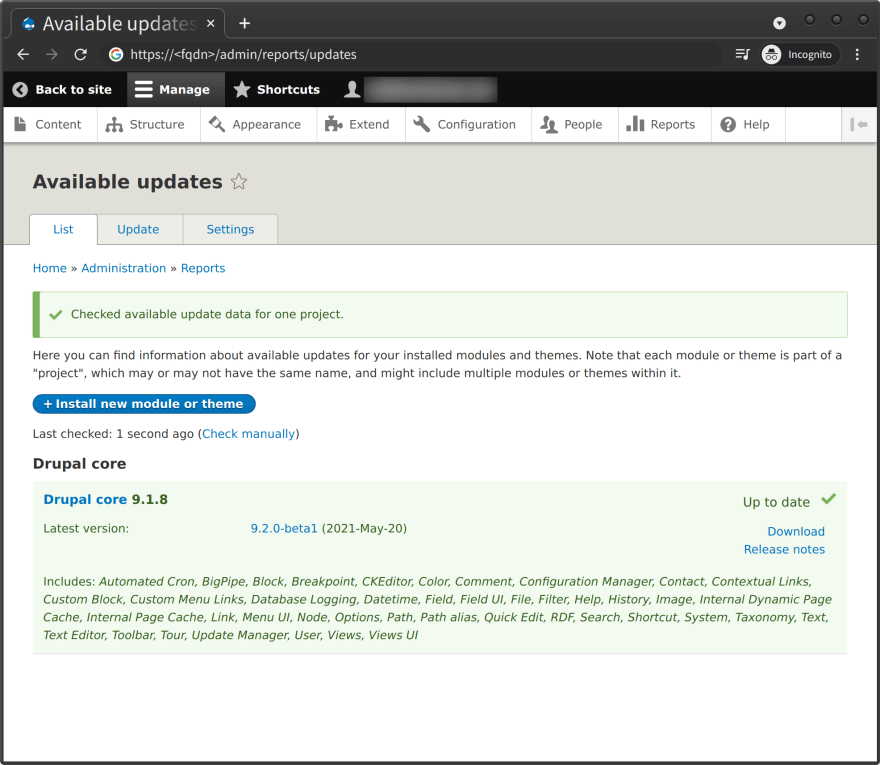 It recommended updating to 9.1.9 because of a security vulnerability 9.1.8 today.
However, there was none of auto core update.
Therefore, I tried to update it manually. It was my first Drupal core update with update.php via a web browser instead of drush commands.

Besides, when drush is installed with Drupal, there is a way to update database with it:

Connect to the server via SSH.
Move to Drupal directory:

It is able to check outdated packages beforehand:

Then, update drupal/core + its dependencies only.

Optionally (and maybe not being recommended), it's also able to update all:

Next, if drush exists, drush update is available.
But, in my case, it doesn't.
Alternatively, I opened https://<fqdn>/update.php in my web browser, following the official documentation, Drupal - Updating Drupal core via Composer.
Said, "Drupal database update"! 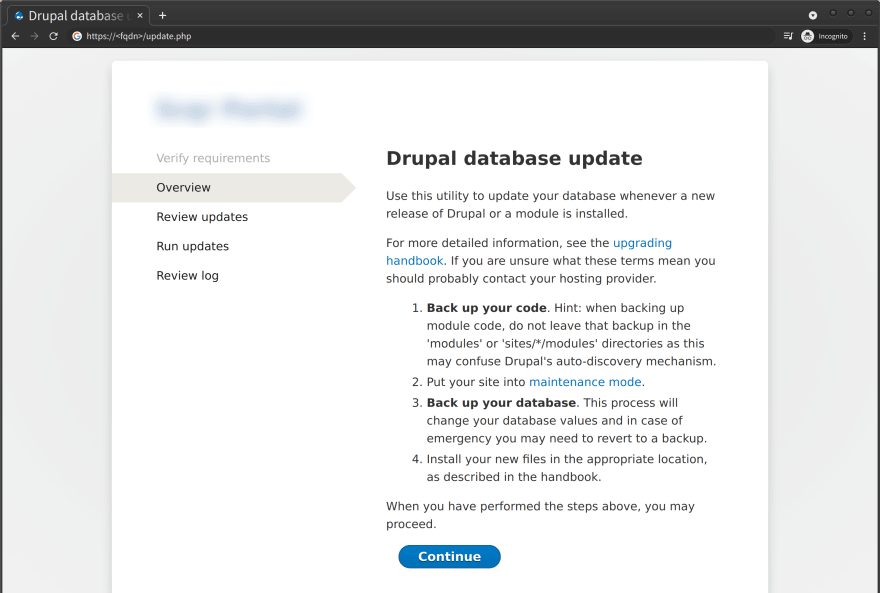 Happily, there was nothing to do that time. 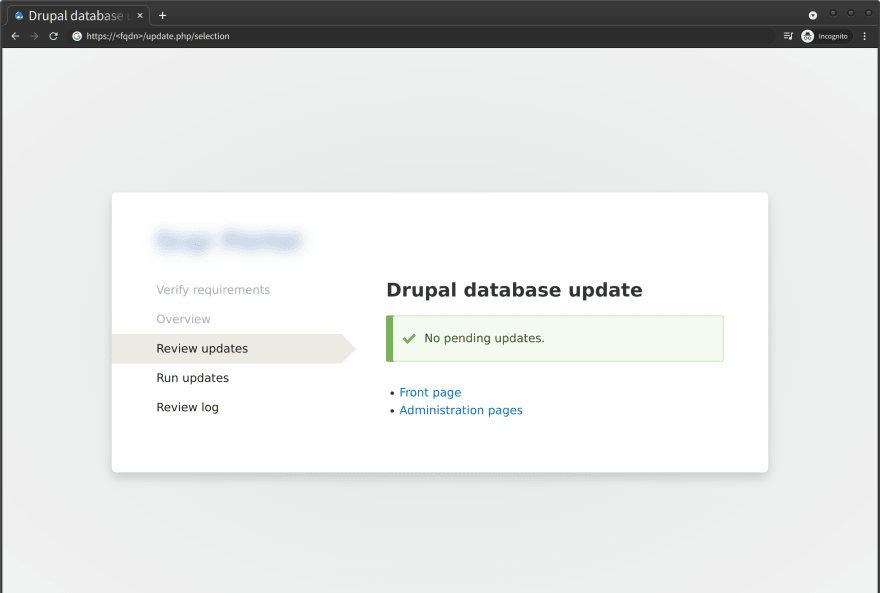 The status report became healthy again, saying "Up to date ✅"🙂 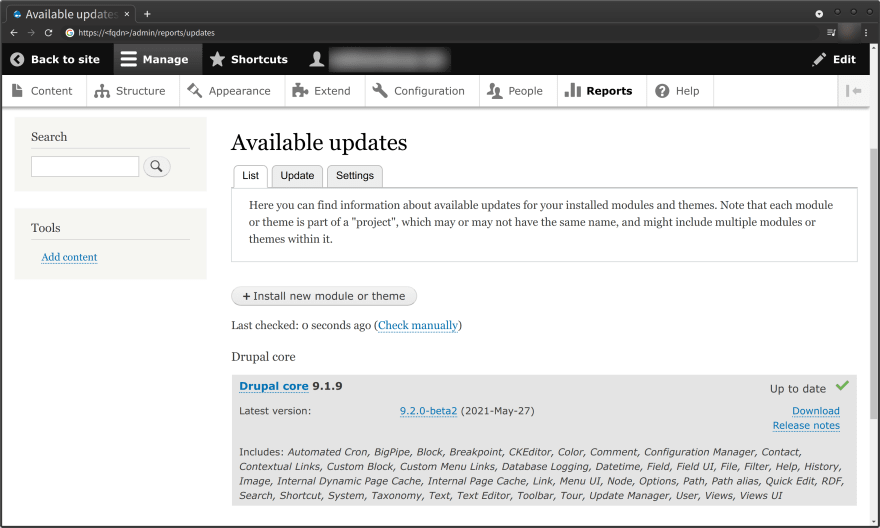 Deploy a PHP(Laravel) app on AWS Elastic Beanstalk via CodePipeline

15 Best Terminal Commands That You Should Know

Install boostrap in Laravel 9 with Vite

Once suspended, nabbisen will not be able to comment or publish posts until their suspension is removed.

Once unsuspended, nabbisen will be able to comment and publish posts again.

Once unpublished, all posts by nabbisen will become hidden and only accessible to themselves.

If nabbisen is not suspended, they can still re-publish their posts from their dashboard.

Once unpublished, this post will become invisible to the public and only accessible to Heddi Nabbisen.

Thanks for keeping DEV Community safe. Here is what you can do to flag nabbisen:

Unflagging nabbisen will restore default visibility to their posts.