This small project will help you improve your basics such as loops, nested if...else, variables, random module.

So, guys are you ready to create Rock Paper Scissors using Python. So let's start.

First, we will import the Random module in python.

Now, we will use the while loop to take input until the user wants to play.

Let's take input from the user using input() function in python. Then create the computer choice using randint() function from the Random module.

Now, compare the user choice with computer choice using nested if...else. And if both choices are same there is a tie. 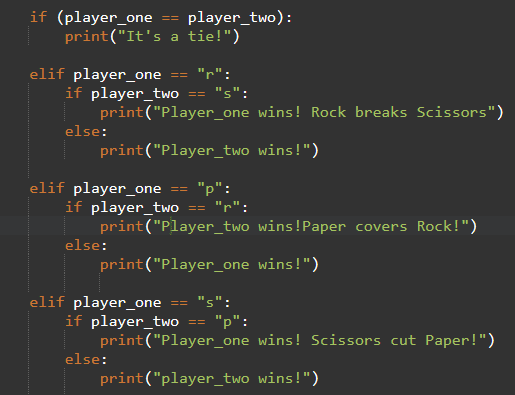 Now, take input whether the user wants to play again if no then break the loop.

So, that's it you are ready to play. If you enjoyed, do comment. If you have any doubt feel free to ask.

Once suspended, naivedh will not be able to comment or publish posts until their suspension is removed.

Once unsuspended, naivedh will be able to comment and publish posts again.

Once unpublished, all posts by naivedh will become hidden and only accessible to themselves.

If naivedh is not suspended, they can still re-publish their posts from their dashboard.

Once unpublished, this post will become invisible to the public and only accessible to Naivedh.

Thanks for keeping DEV Community 👩‍💻👨‍💻 safe. Here is what you can do to flag naivedh:

Unflagging naivedh will restore default visibility to their posts.